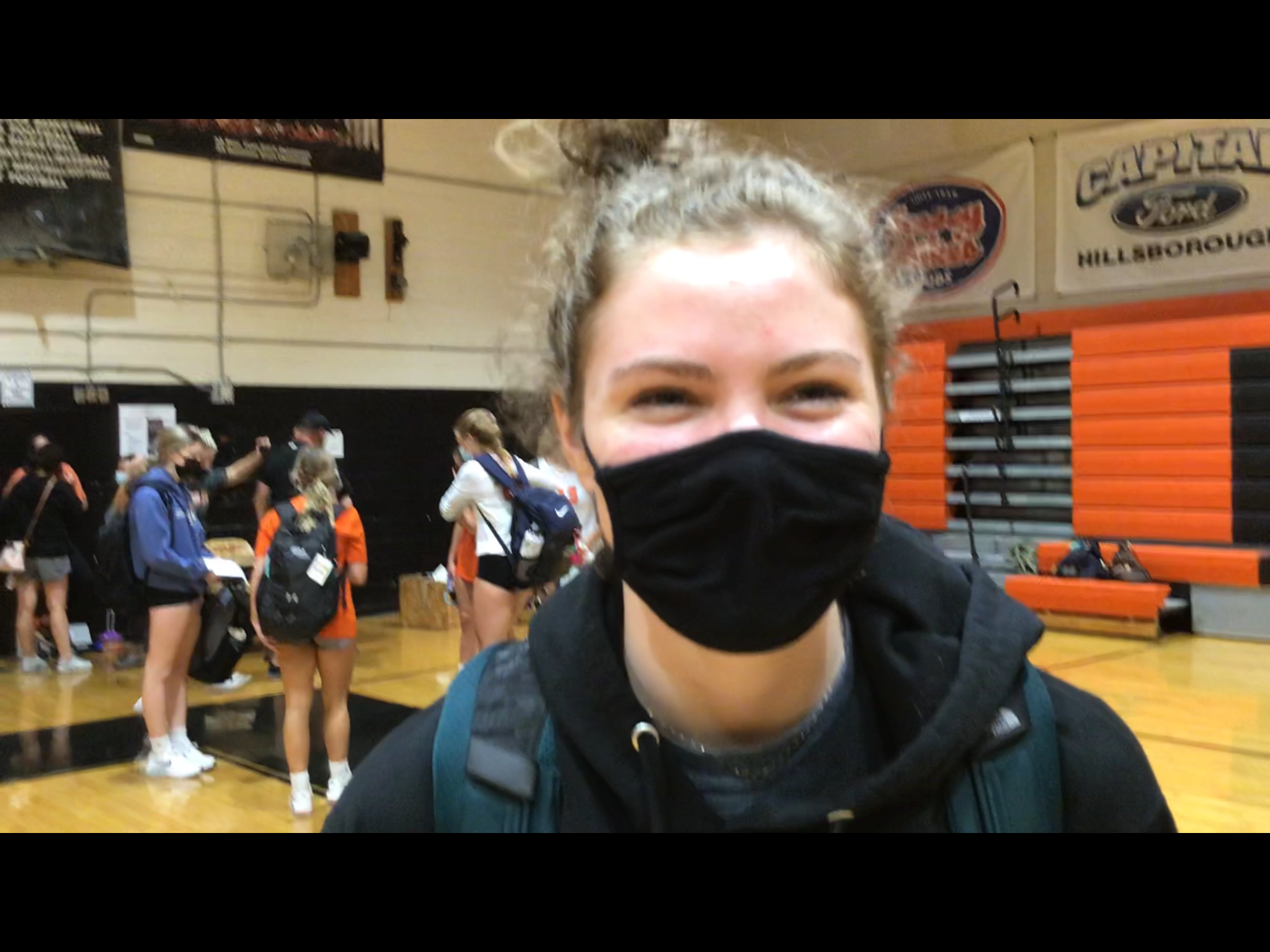 For this edition of the Retro Orange Panther of the Week, we journey back to last December to honor senior Lottie Scully. Last season, Scully was the Big 8 Volleyball Player of the Year. On January 7, she had a season-high eleven kills with two aces and six blocks in a sweep of Northern Durham. Scully started the season with a victory over the defending 3A State Champion Chapel Hill in four sets. Scully has played three years for the Orange varsity. During her sophomore year, the Lady Panthers reached the 3A State Playoffs. This season, Scully hasn’t played, but she will be moving on to play Division I volleyball at Binghamton University in upstate New York. Scully was a captain on last season’s team. She will graduate early from Orange in January, but first she hopes to see her teammates make a run to the state playoffs.