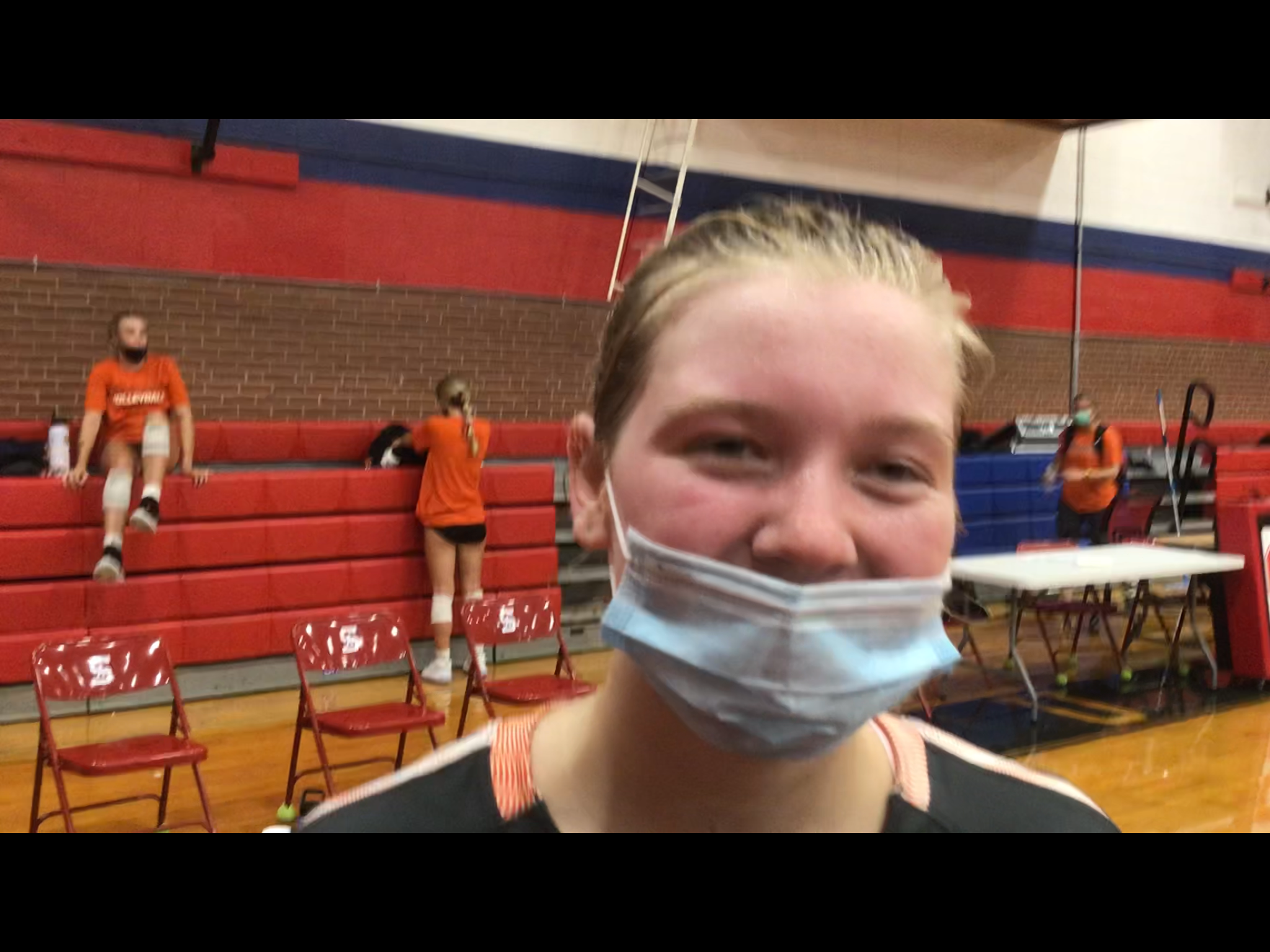 The first Orange Panther of the Week for the 2021-2022 academic year in senior outside hitter Ella Van Tiem. On August 16, the Lady Panthers captured its season opener by beating Jordan 3-2 on scores of 25-18, 17-25, 25-20, 22-25, 15-13. Van Tiem had 15 kills, six blocks and 15 digs. It was an impressive win for Orange considering they were without two of its top players. Van Tiem returned to the court on Wednesday night as Orange defeated Southern Alamance 3-1 on Wednesday night in Graham. Then in its Central Carolina Conference opener on Thursday night, Orange rolled past Walter Williams 3-0 in Hillsborough. That sets up a huge matchup on Tuesday when Orange squares off against undefeated Cedar Ridge on Tuesday night at Red Wolves Gymnasium. Last season, Van Tiem played in five matches. With Lottie Scully in the lineup, Van Tiem had a different role with Orange. In the opening three matches of 2021, Van Tiem has proved to be a reliable finisher as Orange is off to a 3-0 start, 1-0 in league play. In addition to Cedar Ridge on Tuesday, Orange will also host Person next week.