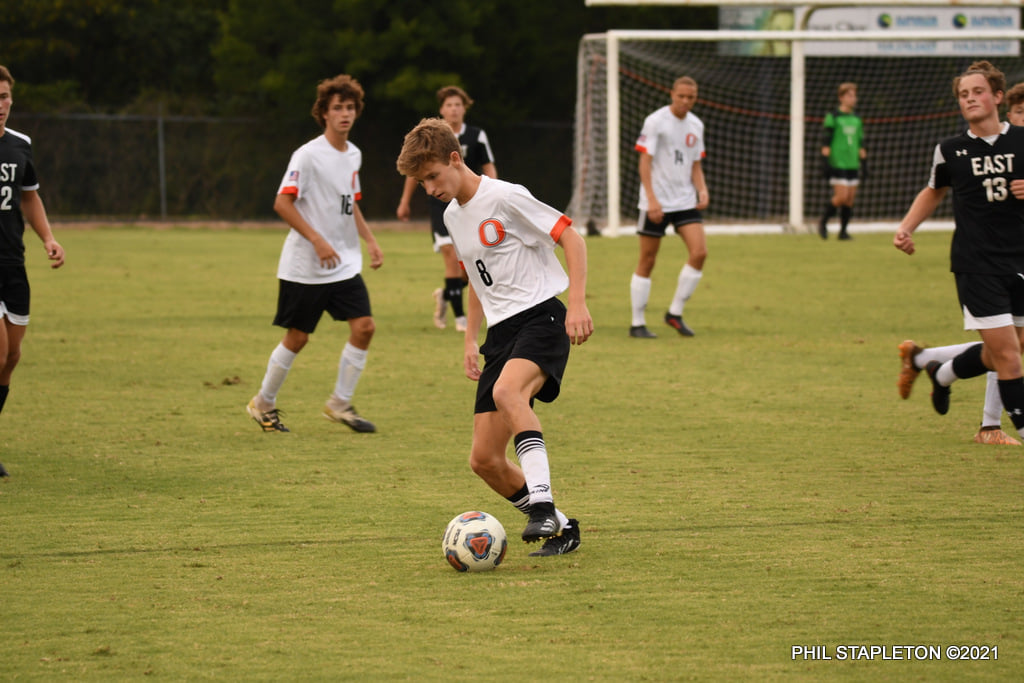 Men’s Soccer: Orange 4, Graham 1: It appeared the Orange men’s soccer team would come up short in its search for its first road win of the season.

Trailing 1-0 with 15:00 against Graham, the Panthers unleashed four goals in the final 14 minutes to beat the Red Devils 4-1 on Monday night. In the final minute, Orange wingback Jasper Fast attempted a free kick from 24 yards. The ball was stopped on the goal line, but junior Darius Corbett chipped it in for the final goal.

Nicholas Hengsterman earned the win in net for Orange, who will face Riverside at Durham’s Linny Wrenn Stadium on Wednesday.

The Cedar Ridge women’s tennis team had the distinction of being the first team to play a match in the new Central Carolina Conference on Monday afternoon. The Red Wolves defeated Person 7-2 at Red Wolves Tennis Courts.

In doubles, Cedar Ridge’s Reagan Simmons and Catherine Ballenger won 8-4. The Red Wolves are 2-0 overall and will travel to Northwood on Wednesday.

The Orange women’s tennis team had a long night in its Central Carolina Conference opener. A match that started in the heat of the day wasn’t decided until nightfall had descended in Elon, but the Lady Panthers won 5-3.

Both the #3 and the #4 singles matches wound up in a third set tiebreaker. Tea Jones won her match at #3 singles, while senior Jinkie Andrews won at #4 singles to put Orange ahead 4-2 in the doubles round. Jones and senior Jera Hargrove won at #2 doubles to clinch the match for Orange. The #3 doubles match was canceled because of lightning.

Orange is 5-1, 1-0 and will host Walter Williams in Hillsborough on Wednesday.

The Cedar Ridge women’s tennis team opened its season last Tuesday with a 5-4 win over Voyager Academy. It was a dual match that came down to #3 doubles.

With the dual match even 4-4, the #3 doubles team of freshman Ella Caltabiano and Reagan Simmons won 8-3 to preserve a win in the season opener. Earlier in the day, Caltabiano won her first match at the varsity level at #4 singles, beating Voyager’s Karli McKenna 8-5.

Last Thursday, Orange completed its season-opening match against Carrboro, which was postponed from August 16 because of rain. The Lady Panthers won 5-2. Sophomore Grace Pell captured her match at #2 singles after her opponent retired. In the marathon match of the day, senior Jinkie Andrews defeated Carrboro’s Julianna Curry 11-10, winning a tiebreaker 7-5. Senior Tea Jones, sophomore Erin Sollars and freshman Shannon Sollars all won their singles matches.