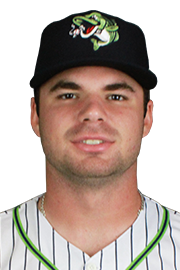 Bryse Wilson: The last time Bryse Wilson started a game in Durham, he admitted that his fastball wasn’t working for him.

On Wednesday night, it was.

In front of 4,205 fans at Durham Bulls Athletic Park, Wilson threw seven scoreless innings for the Gwinnett Stripers. Wilson left the game in the eighth inning with the Stripers leading 1-0. Reliever Dylan Lee surrendered a solo homer to Durham’s Ryan Boldt, which cost Wilson a chance to win the game. Gwinnett’s Cristian Pache singled home Terrance Gore in the ninth inning for the winning run as Gwinnett prevailed 2-1.

Orlando Arcia homered in the third inning for Gwinnett.

On the night, Wilson allowed only three hits and a walk over seven shutout innings with seven strikeouts. At one point, Wilson retired 12 consecutive batters. Wilson threw 91 pitches, 58 of which were strikes. As usual when Wilson pitches in Durham, many Hillsborough residents and some of Wilson’s previous coaches were on hand to watch.

This season with the Stripers, Wilson is 4-2 with a 3.97 ERA through eight starts. In 45 innings pitched this season, Wilson has 39 strikeouts and 14 walks.

Gwinnett improved to 23-26. Durham fell to 32-17. The Stripers start a homestead against the Nashville Sounds next Tuesday.

Phillip Berger: Berger made his latest appearance out of the bullpen for the Elizabethton River Riders last Saturday against the Danville Otterbots at American Legion Field in Danville, VA. The Otterbots defeated the River Riders 6-5. Berger suffered his first loss of the season. He threw the sixth and seventh innings for the River Riders and surrendered three runs off three hits. Only one of the three runs were earned. Berger walked one and struck out two.

Since then, Elizabethton has won three in a row, including a 9-2 victory over the Johnson City Doughboys on Wednesday night. Berger still leads Elizabethton with three wins. In seven pitching appearances, Elizabethton is 3-1 with a 3.46 ERA. He has thrown 13 innings and has 12 strikeouts with four walks. Elizabethton is 12-10 and in third place in the Appalachian League’s Western Division. The River Riders are two games behind the Greenville Flyboys for first place.

Joey Berini: Berini continues to play regularly for the Asheboro Copperheads of the Coastal Plain League. On June 25, Berini started at 2nd base for the Copperheads as they defeated the Forest City Owls 4-3 at McCrary Park in Asheboro. Berini went 0-for-4, but had two assists at second base. On June 26, the Florence RedWolves defeated Asheboro 4-2 at Cormell Field in Florence, SC. Berini started at shortstop but finished 0-for-4. On June 27, the High Point-Thomasville HiTome edged Asheboro 10-9 in ten innings. Berini, who started at second base, finished 1-for-5.

The Coastal Plain League crowns it champions over two halves of the season, similar to how the lower levels of minor leagues used to crown champions. Asheboro finished the first half in third place in the Western Division with an 11-11 record, eight games behind the division champions, the Savannah Bananas. Asheboro has opened the second half 2-0 with wins over the Martinsville Mustangs and High Point-Thomasville.