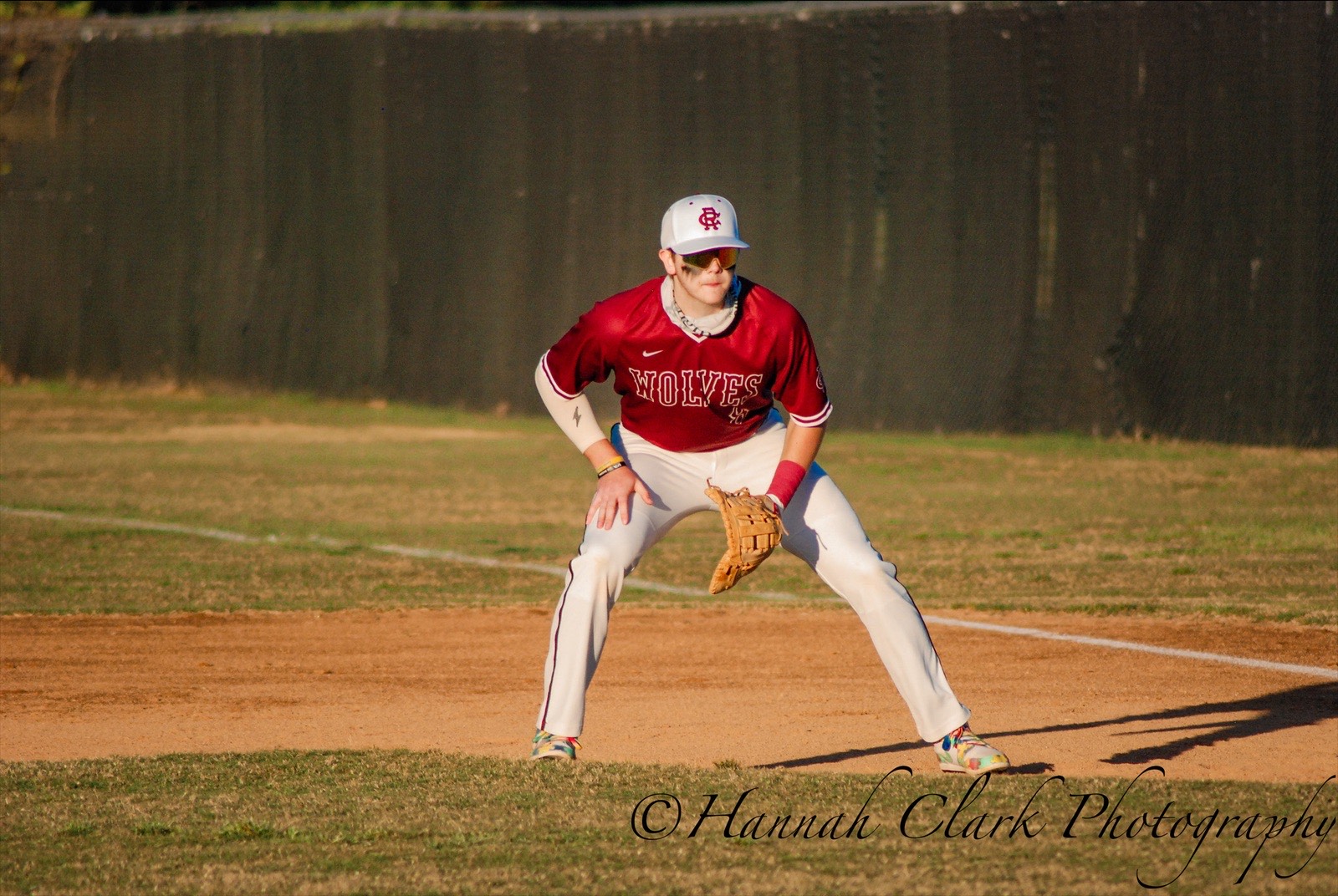 The power of Cedar Ridge’s baseball lineup have been named to the All-Big 8 Conference first-team.

Junior first baseman Aidan McAllister and senior shortstop Bryce Clark were honored as All-Conference selections on Friday. The official year-end honors were released after Northern Durham, the only Big 8 team to win a game in the 3A State Playoffs, was eliminated by D.H. Conley.

McAllister, in his first year as a varsity starter, looked like an All-Conference player from his very first at-bat of the season when he roped a double against Northwood in Pittsboro. He would eventually score off a single by Christian Macias as Cedar Ridge won 8-2. It was the Red Wolves first win in Pittsboro since 2014. A week later against Orange at Panther Field, McAllister led off the game with a solo homer, then followed with a two-run homer in the second inning to bring in B.J. Thornton.

McAllister led Cedar Ridge in multi-hit games. He went 2-for-3 against East Chapel Hill on June 4, 2-for-4 at Chapel Hill on May 25, 2-for-4 with 2 RBIs against Northern Durham on May 7 in Hillsborough. In the first game against Chapel Hill, McAllister scored three runs as the Red Wolves rallied from a 9-2 deficit to get within two runs at 9-7 before falling short.

On May 18, in a 7-6 loss to Bethany Community School in Summerfield, McAllister went 1-for-3 and scored after a single by Thornton in the top of the sixth inning to put the Red Wolves ahead 5-4.

This was McAllister’s first year as a varsity player. During Cedar Ridge’s three games in 2020, he was on the junior varsity team.

Clark was the Red Wolves’ starting shortstop after transferring from Orange last summer. Earlier this month, he signed with Lenoir Community College in Kinston to continue his baseball career.

Against Orange on June 8 (the game officially started on May 4 but was suspended after two innings because of rain), Clark became the first player to hit a home run off Orange’s top starter, Ryan Hench, this season. Clark reached base in every plate appearance against the Panthers and scored three runs. In the fifth inning, he came in off a balk to put the Red Wolves ahead 6-2.

In the first game against Orange on May 4, Clark went 3-for-3 with two doubles and 2 RBIs. That included a two-out double in the sixth inning, which led to Garrett Ray driving him in with a single. In the fourth inning, Clark knocked in Braedyn Jacobson with an infield single.

Three nights later against Northern Durham, Clark had an RBI double to plate Jacobson to start a Red Wolves comeback after Northern jumped out to an 8-1 lead. Later in the inning, Ray scored Clark with a single to centerfield.

In Cedar Ridge’s 6-1 win over Northwood on May 21, Clark opened the game with an infield single and scored off a double by Ray as the Red Wolves bolted out to a 3-0 lead. In the third inning against the Chargers, Clark had a two-run single to scored Thornton.

Clark had a sacrifice fly against Northwood on April 27, which scored Thornton and put the Red Wolves ahead 4-0 and well on track for a win in its season opener.

In 2020, Clark was the starting second baseman for Orange. In four games, Clark hit .625, going 5-for-9 with three runs scored before the season abruptly ended because of the COVID-19 pandemic.

Against East Chapel Hill on May 11, Clark went 2-for-5 with an RBI double.

It was a season of near-misses for Cedar Ridge, who officially ended the year 6-9 (including four forfeit wins, two each against Southern Durham and Vance County). In six of its losses, Cedar Ridge either had the lead going into the seventh inning or trailed with the game-tying run on base when the final out was recorded.