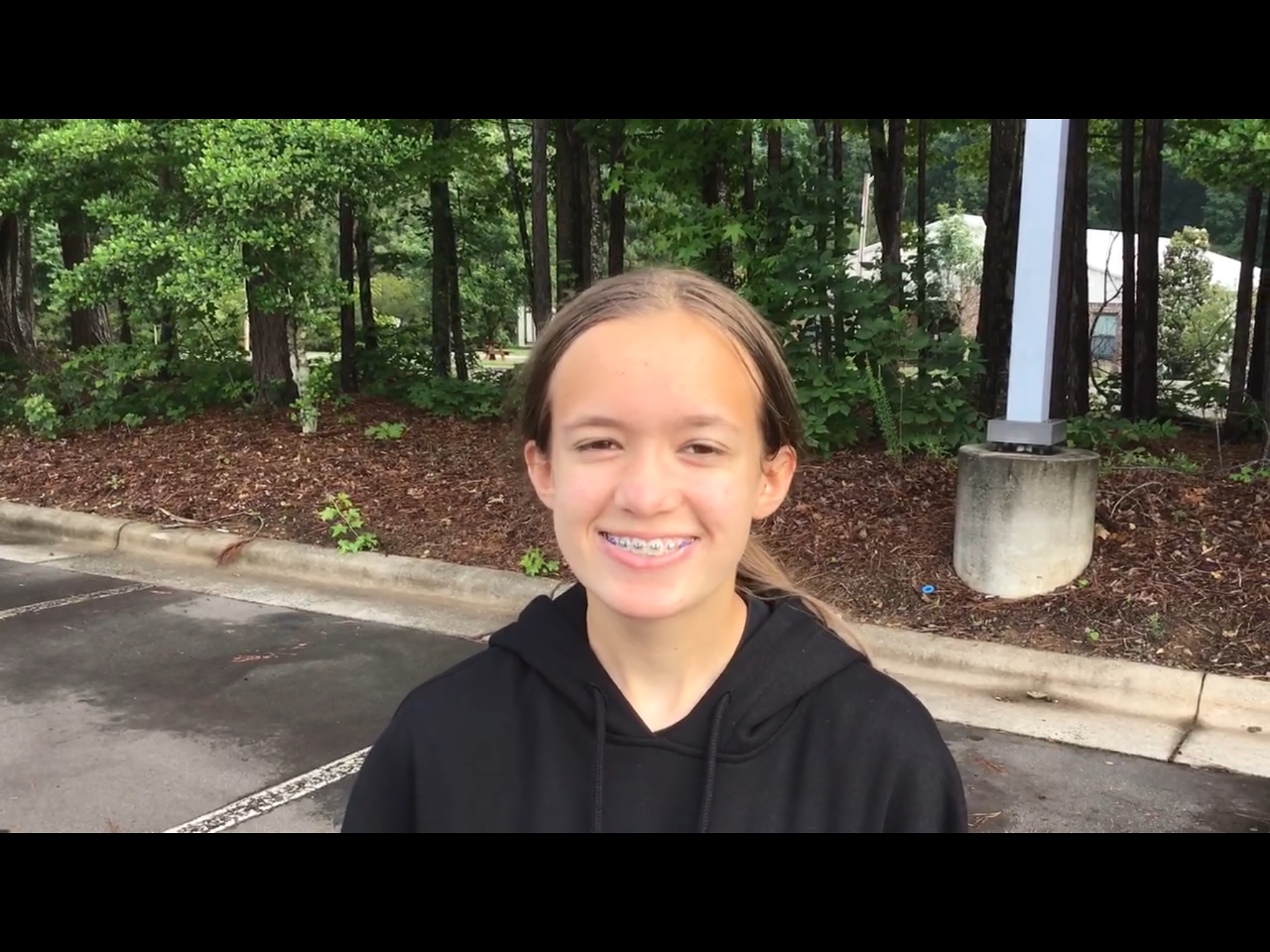 This week’s Cedar Ridge Red Wolf of the Week is freshman women’s tennis player Cameron Mayhew. Last week, Mayhew reached the 3A Mideast Regionals during the Big 8 Women’s Tennis Tournament inside the Lindsay Linker Tennis Courts at East Chapel Hill High School. Mayhew defeated an opponent from Orange 6-0, 6-0 to move into the third round. This season, Mayhew was the top singles player for Cedar Ridge and had some exciting victories. She defeated Orange’s Morgan Gwinn 6-0, 6-7 (4-7) and 10-5. She also defeated a player from Northern Durham 6-1, 6-0. Mayhew teamed with junior Chloe Patz to comprise Cedar Ridge’s #1 doubles team. Last month, Cameron’s brother, Josh, became the first Cedar Ridge player to ever reach a state singles championship match when he faced Chapel Hill’s Dennis Perumov for the 3A State Title. In addition to tennis, Cameron is a self-taught pianist who comprises many of her own instrumental songs. She will start play in the 3A Mideast Regionals on Friday morning at the Burlington Tennis Center.