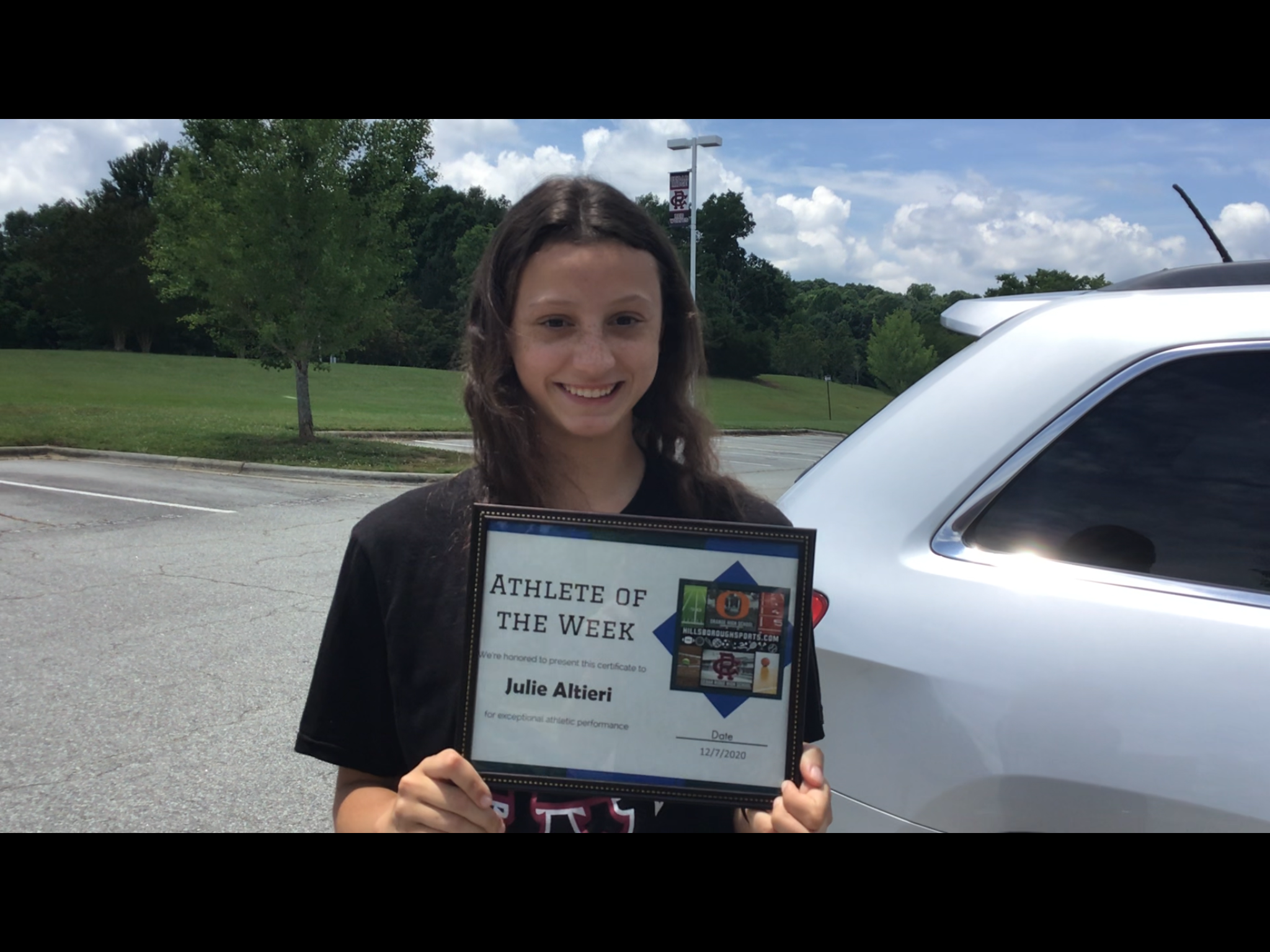 This Retro Cedar Ridge Red Wolf of the Week takes us back to December 7 to honor sophomore volleyball setter Julie Altieri. On December 10, Cedar Ridge defeated Northwood 3-0 in Pittsboro. Altieri finished with 28 assists, six digs and seven kills as the Red Wolves improved to 6-0 in its final match before Christmas. Altieri has a career record of 27-7 at Cedar Ridge. She has started on a Big 8 Conference Championship team, won a state playoff match, has beaten a defending 3A State Champion, has two wins over Chapel Hill, two wins over Orange and had an undefeated regular season. And she just finished her sophomore season. As Julie points out in this interview, volleyball season doesn’t really end for her. Since the season ended with a loss to eventual 3A State Champion D.H. Conley in Greenville, Altieri has alternated between indoor and beach volleyball, going to Florida, Indianapolis,and Texas, to name a few locations. Her older brothers, Eddie and Andrew, both played basketball at Cedar Ridge. Altieri mentioned that Conley will play the Red Wolves again as part of a daunting nonconference scheduled being lined up by Red Wolves Coach Fiona Cunningham. Along with her classmates Cameron Lloyd and Cameron Lanier, Cedar Ridge will start play in the new Central Conference in August.