Retro Orange Panther of the Week for 1/17: Aaliyah Harris…from the Tokyo Express 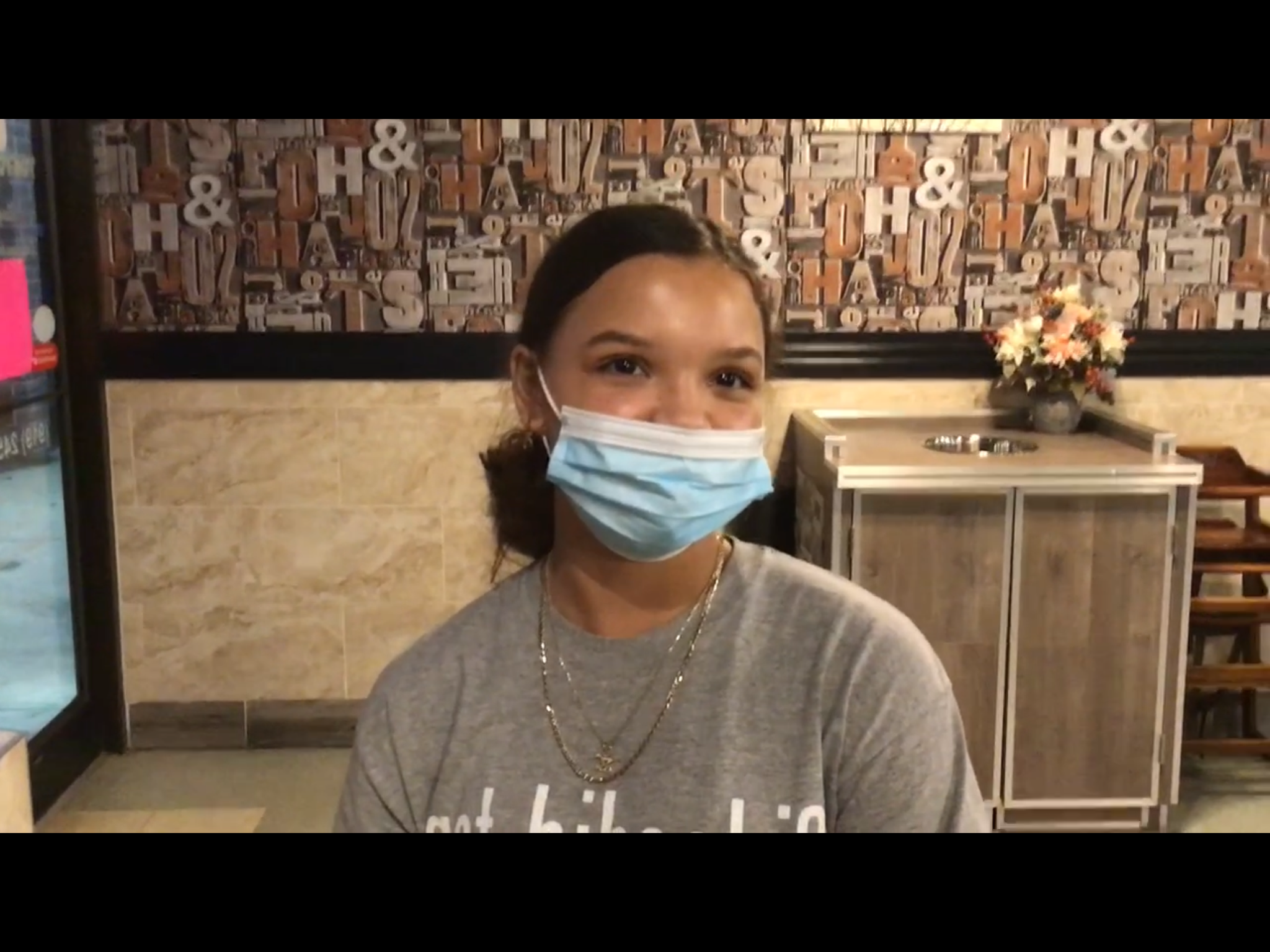 In an effort to make sure Orange junior point guard Aaliyah Harris received her Retro Orange Panther of the Week Award, we went to her workplace at the Tokyo Express on Mayo Street. Aaliyah earned the award after scoring 16 points in Orange’s 61-39 win over Southern Durham on January 22 at Panther Gymnasium. In her third varsity season, Harris scored in double figures five consecutive games this year. She also scored 16 points against Vance County in a 57-40 Orange in Henderson on February 6. Harris took on an increased scoring load this year to help Orange finish third in the Big 8 Conference. Since the season ended, Harris has been doing workouts with Orange head coach B.J. Condron, along with center Erin Jordan-Cornell. Harris has also traveled across the state with her summer travel team as she prepares for her senior season. Along with her classmate Jarmil Wingate, Aaliyah will try and make her senior season one to remember as Orange aims for a return to the state playoffs next winter. Special thanks to the folks at Tokyo Express in Hillsborough for their indulgence in allowing us to shoot this interview with our Retro Orange Panther of the Week for January 1/17, Aaliyah Harris.