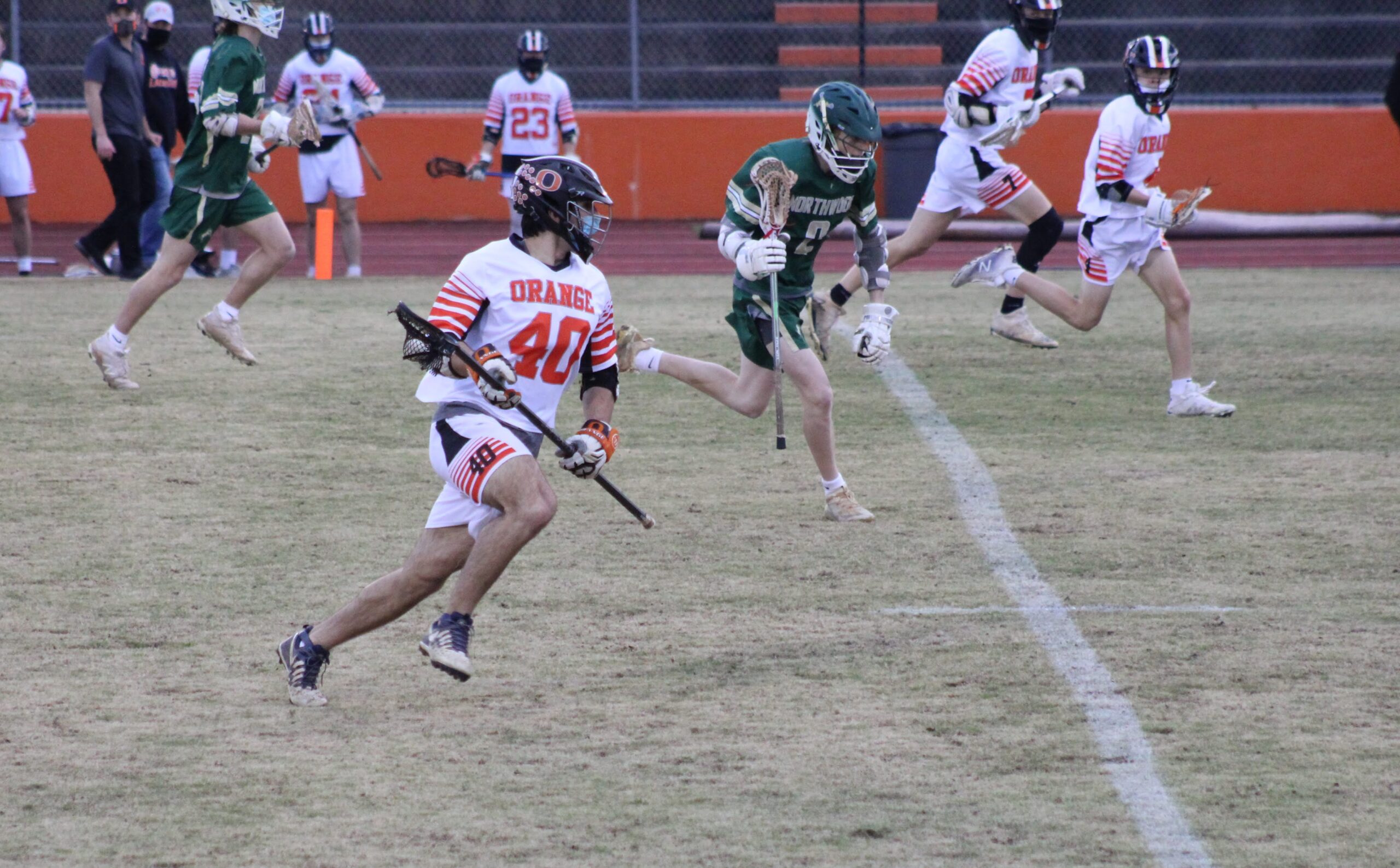 For the second year in.a row, the COVID-19 pandemic will keep the Bull City All-Star Game from being played at Koskinen Stadium at Duke University.

But that doesn’t mean players from around the state can’t be honored.

Over the weekend, two 32-player rosters were released by representatives from the Bull City All-Star Game. Comprised of 64 seniors, players from Wilmington to Weddington were included on the men’s roster.

There were also four players from Hillsborough included after a season where Orange and Cedar Ridge finished in the top two spots in Conference 9.

After being named an All-American last month, Orange long stick defenseman Duncan Grant was included on the Blue Team. Joining Grant on the Blue squad was his Orange teammate Cy Horner. Also on the Blue team was Cedar Ridge defenseman Dov Bearman.

On the White team was Orange’s leading scorer, Ryan Merrill.

“It is a testament to the type of game changing player he was for us,” said Orange Lacrosse Coach Chandler Zirkle. “Having a guy who could not only guard the other team’s best player but who could also score 2-3 points a game.”

Grant led Orange with 38 takeaways, nearly three-times more than any other player on the team. He also had 68 ground balls, which was second behind sophomore Jake Wimsatt, Orange’s top face-off man. Grant’s inclusion on the Bull City All-Star team continues a spring that has been filled with postseason honors. He was the Conference 9 Player of the Year and was named to the 3A/2A/1A All-Region team by the North Carolina Lacrosse Coaches Association. Grant will graduate next week and plans to attend N.C. State.

Grant was a key defensive player on the most successful lacrosse team in Orange history, even though the Panthers relied on a goalkeeper-by-committee approach the entire season. Orange captured the Conference 9 Championship and advanced to the 3A/2A/1A State Quarterfinals for the first time ever. They defeated Terry Sanford and Northwood in the state playoffs before falling to eventual Eastern Regional Champion East Chapel Hill.

Cedar Ridge’s Dov Bearman was the Conference 9 Defensive Player of the Year. He led the Red Wolves in ground balls and takeaways. Cedar Ridge finished 5-4. In its five wins, the Red Wolves held each of its opponents to three goals or less. With the help of Bearman and goalkeeper Aiden Kehoe, Cedar Ridge had three shutouts in 2021, including a 14-0 win at Northern Durham at Durham County Stadium on March 1. Bearman will attend UNC-Chapel Hill in August.

Merrill was Orange’s leading scorer with 40 goals and 61 points. He opened the season with six goals in an 18-15 win over Walter Williams. Three weeks later, he scored six goals against Cedar Ridge in a 10-6 Panther win at Auman Stadium. Merrill was the most reliable Orange scorer right up until the very end of his career, when he scored four goals in the playoff loss to East Chapel Hill.

Horner finished the season with seven goals and 15 assists. In the victory over Cedar Ridge, Horner had a season-high four takeaways. He registered two goals in wins over Carrboro and Northern Durham during early March.

Players for the Bull City All-Star Game are nominated by coaches from across the state.

The Bull City All-Star Game is an annual doubleheader featuring the top men’s and women’s lacrosse seniors in North Carolina. It has been held at Koskinen Stadium since its inception in 2017. The game is also a fundraiser for the Duke Cancer Institute and the Tony Cullen Memorial Scholarship.

Tony Cullen was a former player at Duke who went on to coach the Blue Devils for nine years. Cullen was part of the inaugural class of the North Carolina Lacrosse Hall of Fame. After he resigned as Duke’s coach, he went into officiating. He served as the head official for ten ACC Tournaments and five NCAA Division I title games.

The Bull City All-Star Game plans to return with a doubleheader at Koskinen Stadium on June 4, 2022.