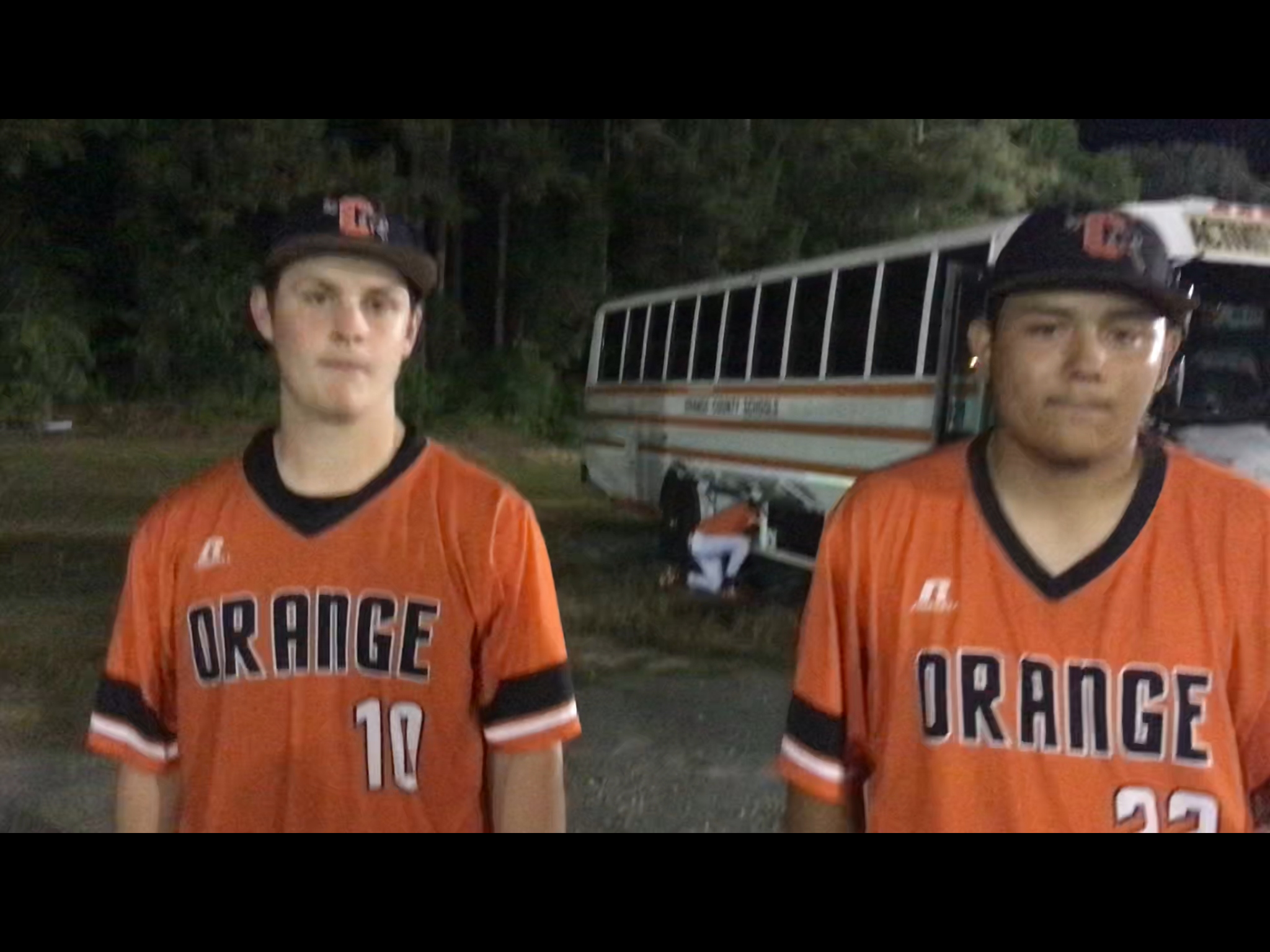 A combination of strong pitching and timely pitching carried Orange to its first win over Northwood in Pittsboro since 2016 on Tuesday night. The Panthers prevailed 9-4. Catcher Davis Horton extended his hitting streak to 12 games, dating back to his freshman year at Riverside High School. Horton continued the streak with an infield single in the 7th inning. He would go on to score off a sacrifice fly by Will Walker. Orange junior third baseman Cesar Lozano led off the third inning with a double that one-hopped the wall in left field. Lozano would go on to score off a bunt by Tyler Lloyd. In addition, Lozano was voted the consensus best kickball player on the team during a recent practice to work on base running at Orange softball field. Orange has won two in a row. Its their first season sweep of the Chargers since Bryse Wilson was a senior. Orange will play its final home game of the year on Friday night against Chapel Hill. The Panthers are 8-3. They will also travel to Cedar Ridge to continue the suspended game from last Friday. The makeup date is next Tuesday at 5 PM at Red Wolves Territory.