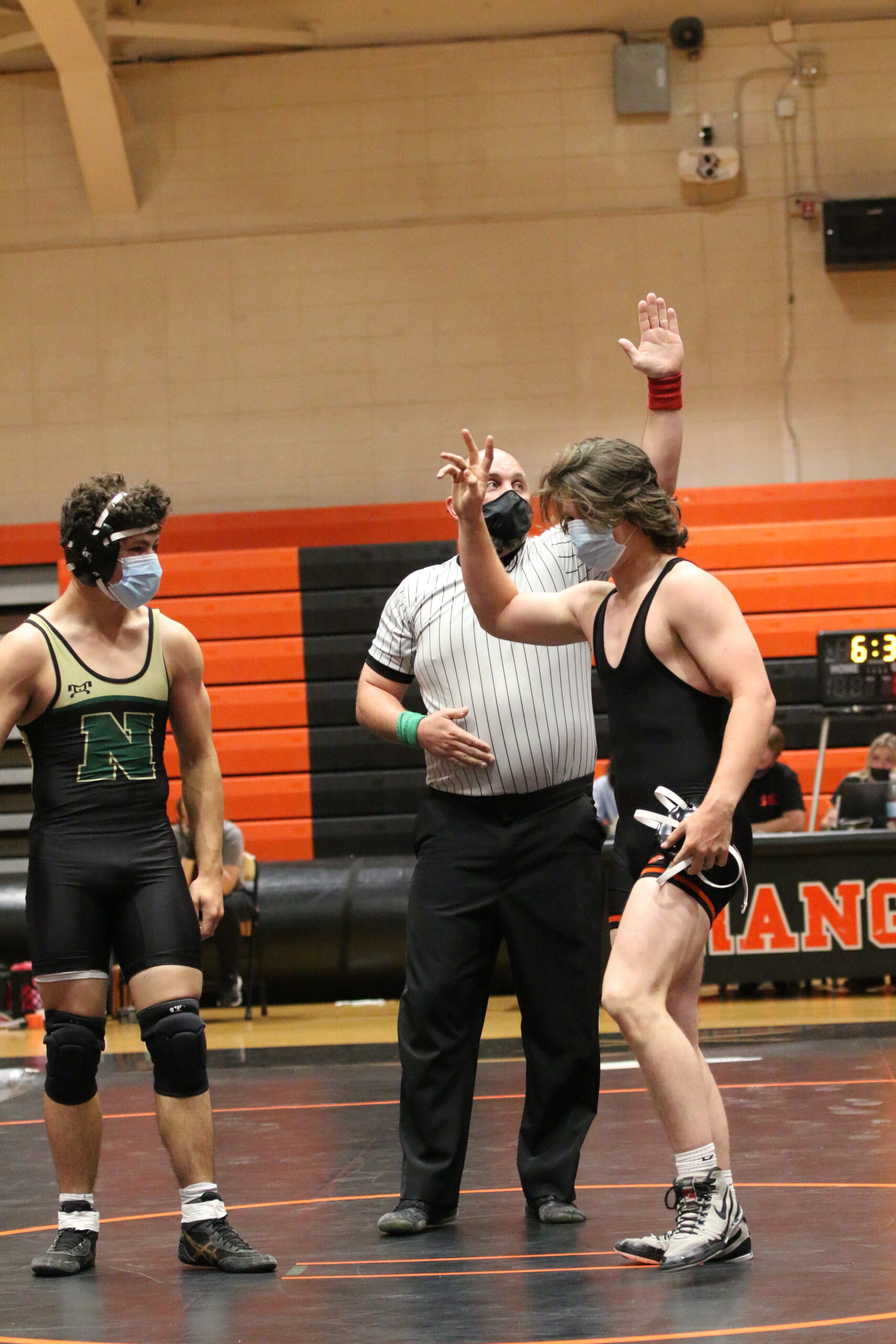 With the Big 8 Conference Championship already secure, the Orange wrestling team maintained its undefeated record with little trouble in Yanceyville.

In a tri-meet, Orange swept Bartlett-Yancey 60-18 and Walter Williams 64-12 on Tuesday night. It happened a week after Orange defeated Chapel Hill to clinch the Big 8 title and finished 7-0 in conference action.

Against the Buccaneers, Orange senior Henry Joubert-Stanzel scored his team-leading seventh pin of the season after he finished off Jakoby Casselman at 170 pounds. Joubert-Stanzel got a forfeit win against Williams and is now 13-0.

Summers improved to 15-0 on the season with a 13-1 major decision over Williams’ Sam Sturgill.

Against Williams, who will be a conference rival for Orange starting in August, the Panthers had three pins. Avery Clark defeated Saul Segura-Alejandrez to go to 12-3 on the season. At 152 pounds, Samuel Crawford defeated James Hurst. Crawford is now 8-3. Brendon Worsham pinned Treyvon Cousins at 182 pounds to bolster his record to 11-2. It was Worsham’s fourth pin of the year.

Smith-Breeden, Heffernan, Dunn, Hutchins, Hecht, Joubert-Stanzel, and Horne all had forfeit wins for Orange against the Bulldogs.

Orange’s next dual match is scheduled against Hough High School next Tuesday. The Panthers will conclude its regular season in a tri-meet against powerful Cardinal Gibbons and Enloe on June 9.

The Northwood Chargers completed a suspended match that started on May 5 that was interrupted by rain, then won the regular scheduled match against Orange 7-2.

The Lady Panthers will finish the regular season at Chapel Hill on Wednesday.

For Orange, senior Erin Mink qualified for the Mideast Regionals in the pole vault. Mink cleared 10-feet, six inches to finish in first place. It was the huge day for Mink, who finished first in three different events. She won the long jump at 14-feet, eight-inches. She also captured the triple jump at 31-feet, nine inches.

A week after winning in the 400 meter dash against Northern Durham and Vance County on Senior Day, Jeffrey Faulkner finished 1st in the 400 meters again at 53.24 seconds. Keanu Mims, who competed in the state championships as a sophomore on the 4×100 relay team, came in second at 54.24 seconds.