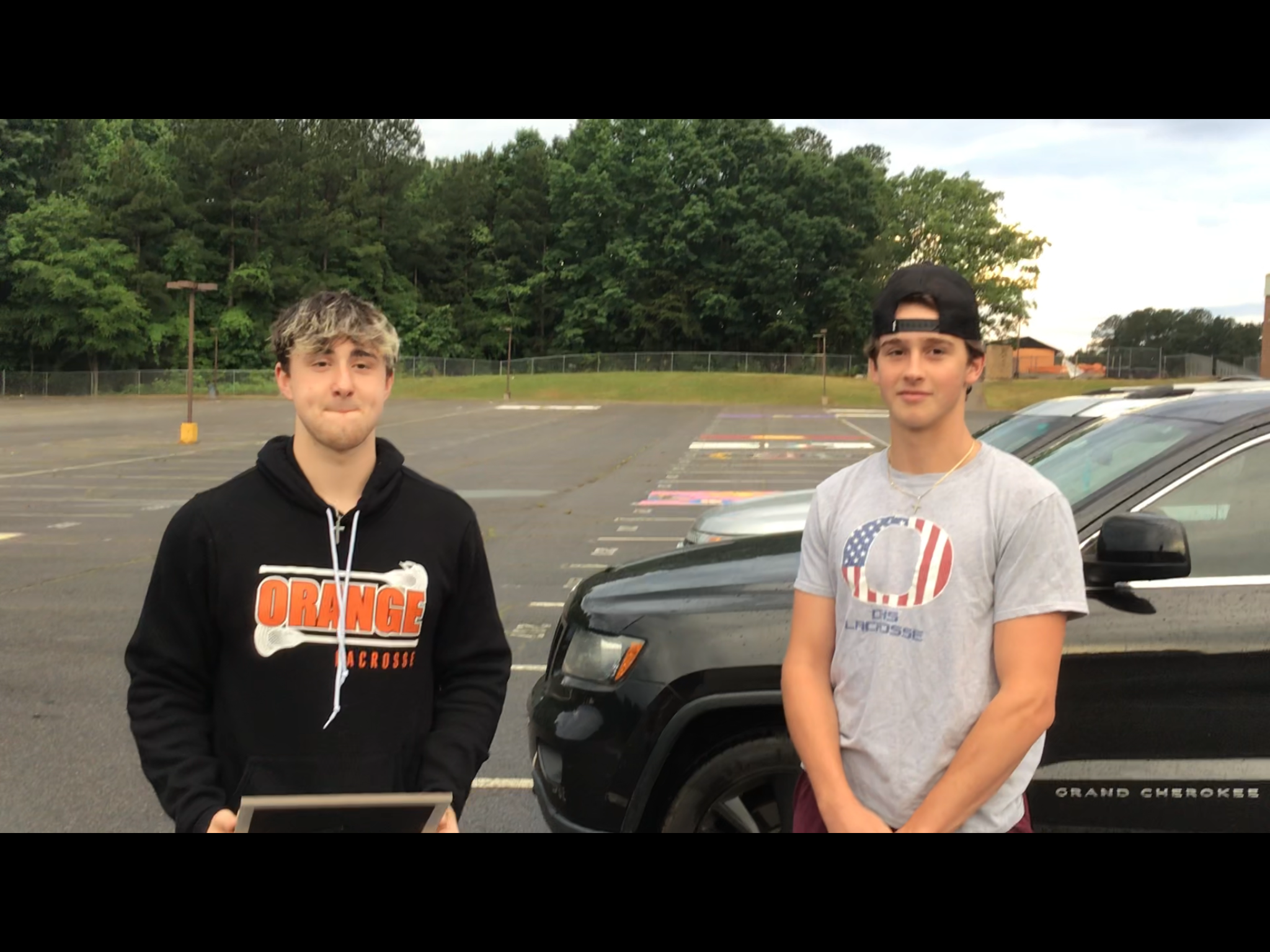 The sport of lacrosse comprises our retro Orange Panther of the Week. These week, Ryan Merrill and Caleb Davis wanted to start their Memorial Day weekend with a joint interview on Friday evening. Merrill was honored for the week of February 21, while Davis was honored for the week of February 28. On February 24, Merrill scored six goals in Orange’s 10-6 victory over Cedar Ridge at Auman Stadium. The following night, Merrill had two goals and three assists in a 16-2 victory over Northern Durham at Durham County Stadium. Merrill led Orange with 40 goals and 61 points in 2021. On March 2, Davis tied his season-high with four goals and seven points as Orange defeated Carrboro 19-7. Two nights later, Davis had four goals and three assists as Orange defeated Vance Charter School 15-2 to wrap up the Conference 9 Championship. It was Orange’s first conference championship in lacrosse. Merrill and Davis were paired on the first unit for an Orange team that reached the 3A/2A/1A State Quarterfinals for the first time in school history. They will graduate together next month. Merrill will attend Appalachian State. Davis will journey to UNC Wilmington. They both plan on playing club lacrosse and have left their mark on Orange lacrosse by being members of the most successful team in school history under head coach Chandler Zirkle.