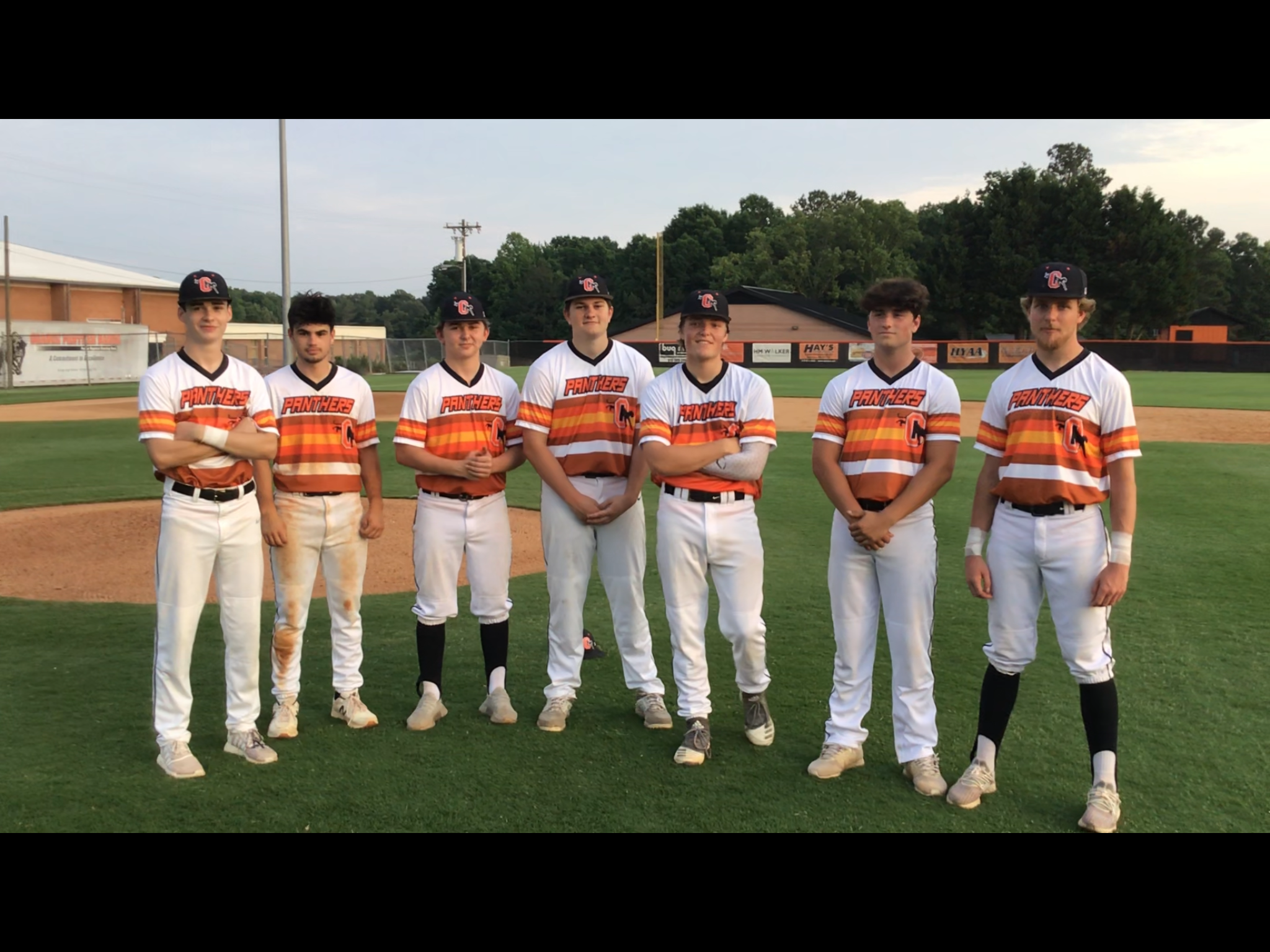 On the night where seven Orange seniors were honored in pregame ceremonies, the Panthers played its most complete game of the season in a 7-0 win over Walkertown. Will Walker went 3-for-3 with a ground rule double that bounced over the left field wall in the sixth inning. Walker also had 3 RBIs. Jordan Underwood earned his first win of the season. He threw two scoreless innings, ending with a strikeout. Pierson Kenney relieved Underwood and added three scoreless innings. Kenney conceded only one hit and one walk. Tyler Lloyd started in left field and had a single in the fifth inning. Centerfield Jaren Sikes hit a leadoff single in the fourth inning and scored off a two-run double by catcher Davis Horton. Jacob Jones served as the courtesy runner for Horton and scored two runs, in the first and sixth innings. And Will Crabtree came off the bench to pinch-hit in the fourth inning. Crabtree is preparing for an even bigger role in life, to serve as a fireman, which he’s actually done while attending Orange. Crabtree will attend Appalachian State in the fall, along with Sikes. Orange is 7-3 and will face Cedar Ridge on Friday.