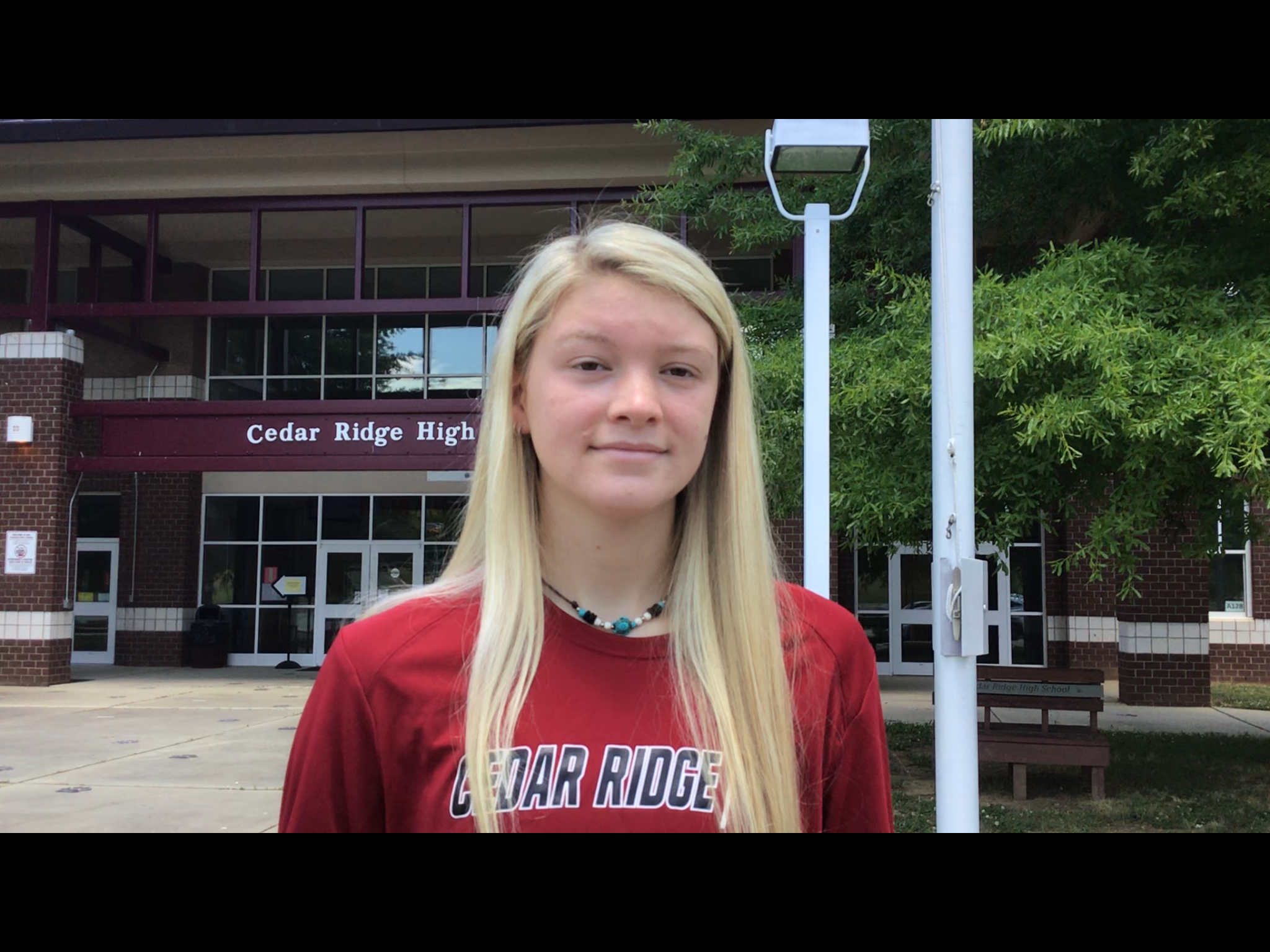 We journey back to Thanksgiving for today’s Retro Cedar Ridge Wolf of the Week. Sophomore Cameron Lloyd has quickly racked up honor after honor after just two years at Cedar Ridge. In January, Cedar Ridge captured the Big 8 Conference Championship after they romped through the regular season with an 8-0 record. Lloyd was the team Most Valuable Player and was an All-Big 8 Conference performer. Currently, Lloyd is on the American Volleyball Coaches Association Phenom Watch List. She wasn’t aimed a Class of 2023 Outside Hitter Watch List for PrepVolleyball.com. Lloyd was the USA Volleyball District 1 Most Valuable Player and was named an AAU Junior National All-Star. On this week where Lloyd is being honored, she had 16 kills in a 3-0 victory over Northern Durham at Poe Gymtorium, which was Cedar Ridge’s third win of the year on November 24. The daughter of Joel and Sherry Lloyd of White Cross, Cameron’s older sister Jordan played volleyball at Brevard College. Cameron helped Cedar Ridge defeat Union Pines in the opening round of the 3A State Playoffs, and looks to help the Red Wolves return to the top of the new Central Conference this August with new league rivals like Person, Western Alamance and Eastern Alamance. This is the second time that Cameron has been honored as Cedar Ridge Red Wolf of the Week in her career, which means she’s in line to become among the first members of the Hillsboroughsports.com four-timers club.