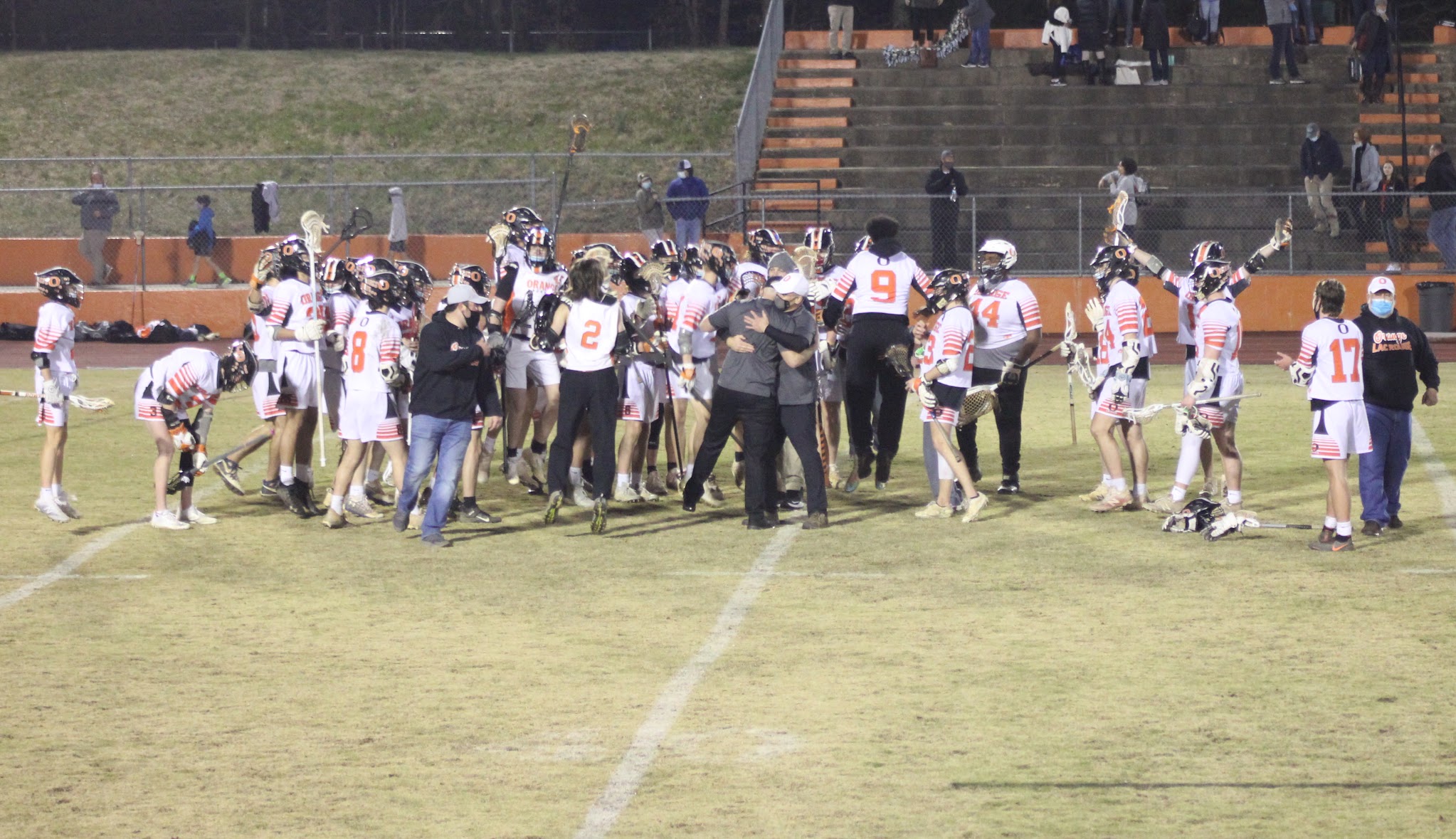 On March 17, the Orange lacrosse team had its biggest win in program history. Just nine days after Northwood hammered the Panthers 17-6 in Pittsboro, Orange came back and defeated the Chargers 10-9 in the second round of the 3A/2A/1A State Playoffs. Seniors Ryan Merrill and Caleb Davis would score hat tricks for the Panthers. But underclassmen made major contributions. Sophomore Joe Cady had two goals and an assist. Freshman Connor Kruse would score the game-winning goal in the fourth period. Another sophomore, Jake Wimsatt, tied the game with a goal during a man-advantage in the fourth quarter. It was the first time ever that Orange advanced to the state quarterfinals in lacrosse. It also turned out to be the last week for a group of Orange seniors that excelled under head coach Chandler Zirkle. He’s a photo montage of that night with the play-by-play as heard on Hillsboroughsports.com. We thank Lynda Wileman for the photographs that bring this montage to life.