Retro Orange Panther of the Week for January 10: Jason Franklin 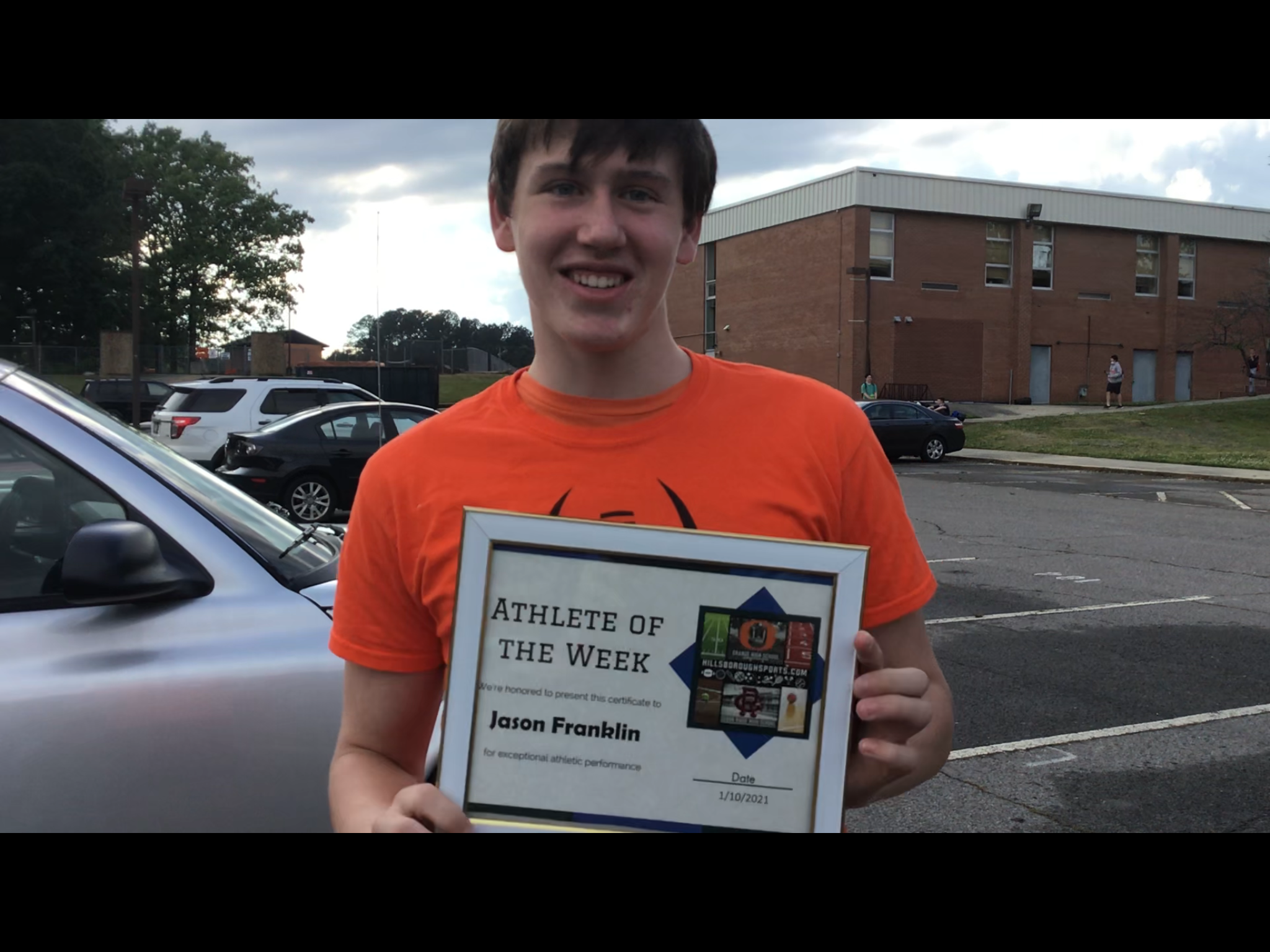 For this week’s retro Orange Panther of the Week, we journey back to the week starting January 10 and Orange senior basketball forward Jason Franklin. On January 11, Franklin led Orange with 20 points and ten rebounds at Cedar Ridge. Two nights later, Franklin led the Panthers once again with 20 points as Orange played Northwood tight in Pittsboro. The Chargers, who would go on to play in the 3A State Championship game, escaped with a 60-54 win. Franklin was one of Orange’s most dependable scorers over the past four years. This season, he averaged 16.6 points per game. He had a season high 24 points in a February 4 game against Southern Durham. Two days later, Franklin scored 23 points in Orange’s first win of the season, a 65-62 victory at Vance County. Franklin also scored four goals in his junior season for the Orange soccer team. After he graduates from Orange next month, Franklin will attend N.C. State with a focus on computer science. For Orange basketball fans, not seeing #4 on the floor will take some getting used to. After four years as a varsity player, Jason has made his mark in Orange basketball.