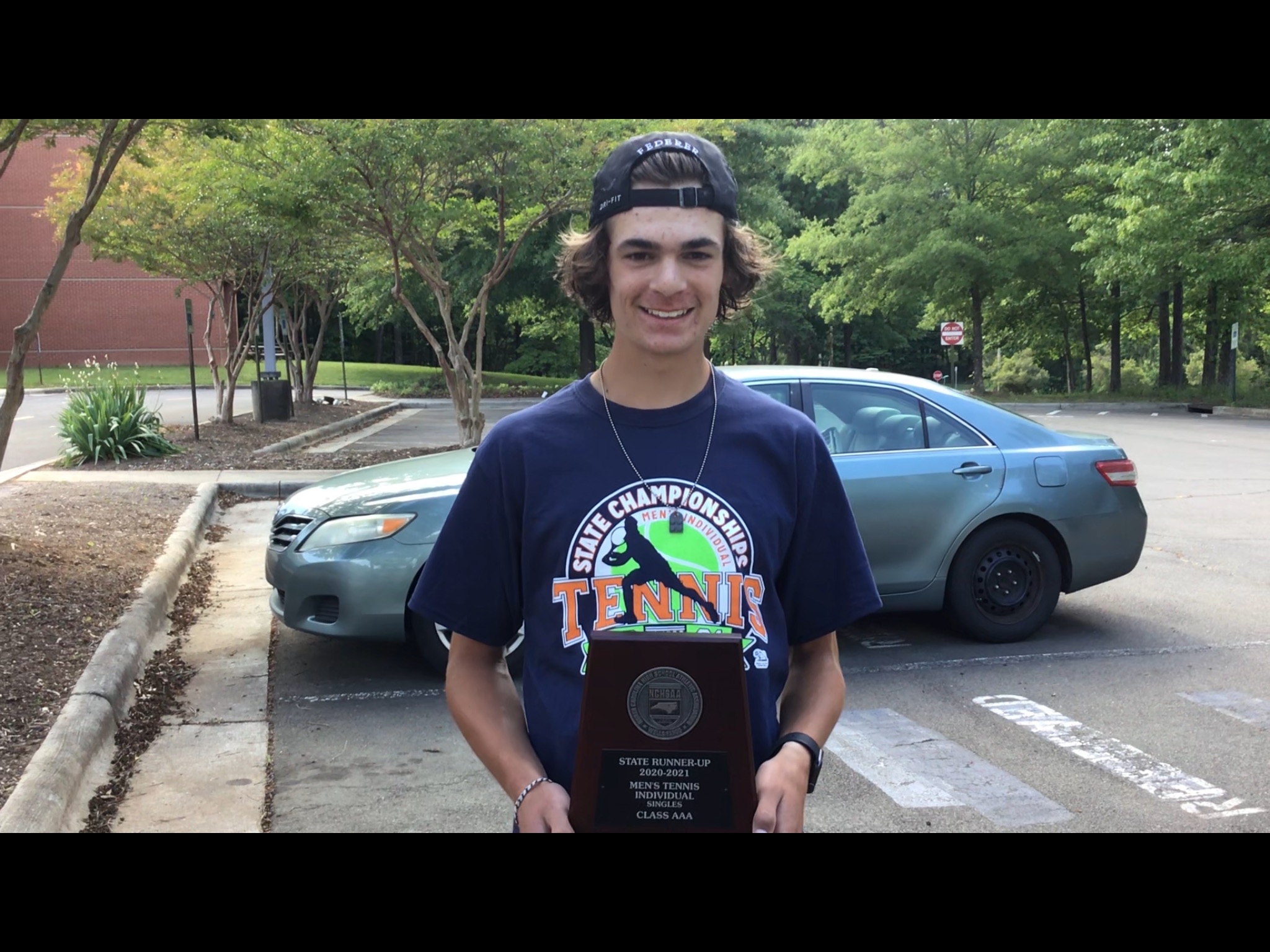 On Saturday, Cedar Ridge sophomore Josh Mayhew did something only one other man in the history of Hillsborough has done: play in a state tennis tournament final. Mayhew defeated Marvin Ridge’s Soham Pradhan 6-2, 6-4 in the 3A State Semifinals at Burlington Tennis Club. The only other male player to reach a state championship match in Hillsborough history was Orange’s Britton Webb in 2005. The only person to beat Mayhew the entire season was Chapel Hill’s Dennis Permuov, who captured the state championship on Saturday. Aside from that, Mayhew went 14-0 in his first season as a varsity player. Next season, Mayhew will be a junior in a new league. Chapel Hill and East Chapel Hill will be 4A teams again, and Mayhew will set his sights on trying to become the first player from Cedar Ridge High to win a state championship in tennis. Mayhew started preparing for his sophomore season during the pandemic with daily workouts in Chapel Hill. Now that the offseason has arrived for him, Mayhew still won’t stop working towards his goal, even though he’s already accomplished something that no other tennis player at Cedar Ridge High has ever done.