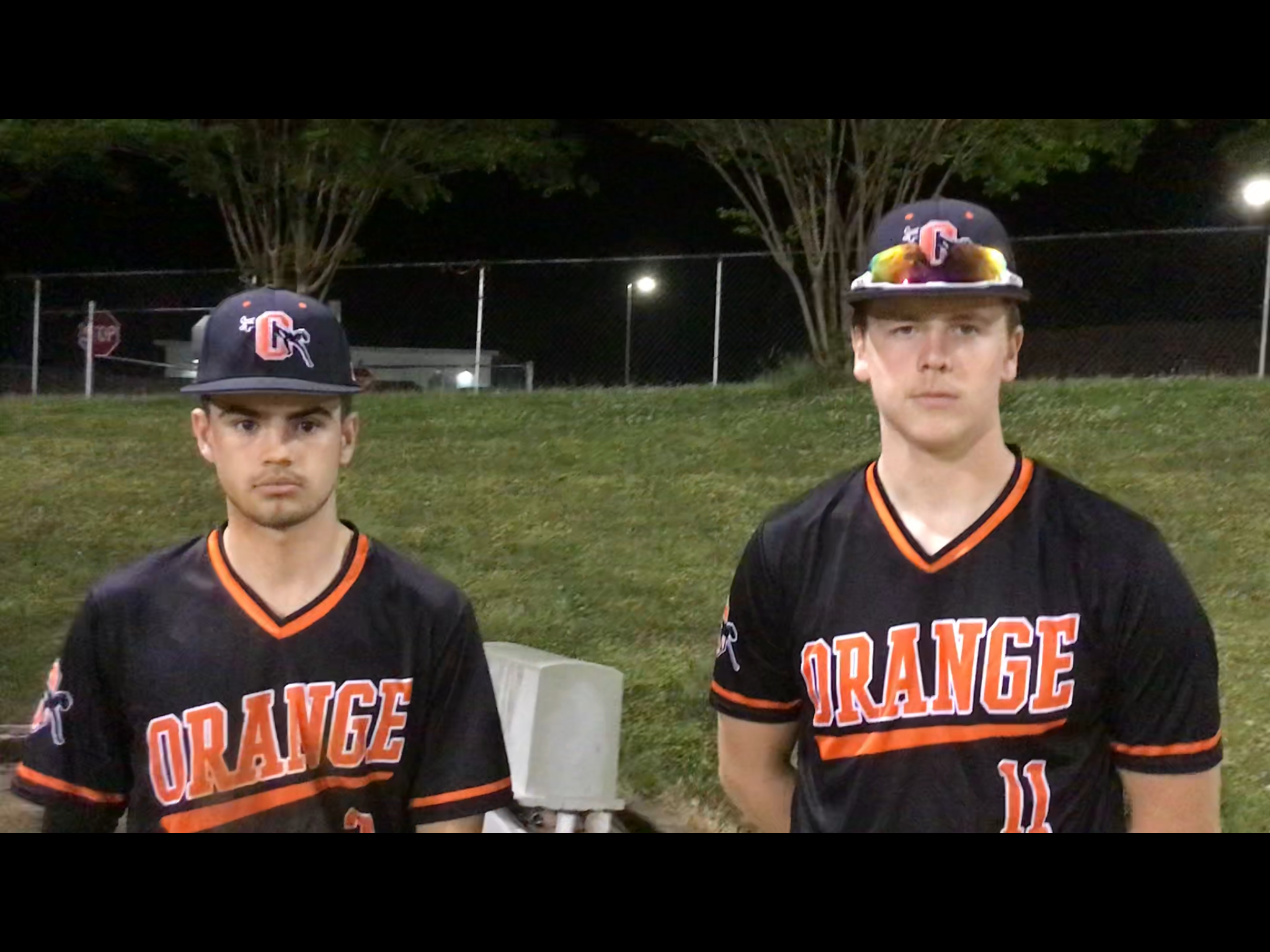 In a power pitching display reminiscent of Bryse Wilson’s days at Orange, Panther sophomore Ryan Hench struck out 16 batters as the Panthers defeated Chapel Hill 5-0 at Tiger Field on Tuesday night. It may very well have set a school record for strikeouts in a game. For good measure, Hench drove in Jackson Berini in the seventh inning. Hench, in just his second start for Orange, won despite throwing on only four days rest. He earned the win in Friday’s game against Northwood. Senior center fielder Jaren Sikes scored Orange’s first two runs. Sikes reached on a bunt single in the third inning and scored off a wild pitch. In the fifth, Sikes hit a lead off double and scored off a fielder’s choice from Tyler Lloyd. Sikes slid into home plate safely under the tag of Chapel Hill catcher Trevor Liebe. Orange is 5-0 and has sewed up a spot in the 3A State Playoffs. The Panthers will face West Stokes in a recently scheduled non conference game on Friday in Hillsborough. You can hear that game on Hillsboroughsports.com.