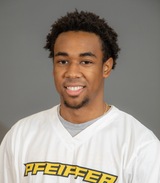 Jaylin Jones: Jones was named to the Division III USA South Athletic Conference first-team as a short-stick defensive midfielder over the weekend. Jones, who played lacrosse and football at Orange, also was named to the USA South All-East Division first-team. On Saturday, Pfeiffer captured the USA South East Division championship with a 13-11 win over Greensboro College at Lefko Field in Misenheimer. It was Pfeiffer’s tenth consecutive victory, a school record. Jones had two ground balls and created two turnovers. Next weekend, Pfeiffer will face Piedmont College for the USA South Conference championship at Lefko Field. The winner advances to the NCAA Division III Tournament.

Montana Davidson: On Friday, the former Orange High shortstop hit two home runs for the Mississippi State softball team in an 8-7 loss to South Carolina at Carolina Softball Stadium in Columbia, S.C. In the second inning, Montana drilled a two-run homer to centerfield. In the fourth, Davidson hit a solo blast to left field. Montana finished 2-for-4 with 4 RBIs. Mississippi State bounced back with wins on Saturday and Sunday to take the series. On Saturday, Montana had an RBI off a fielder’s choice to wrap up a 6-run 1st inning as the Bulldogs won 6-2. Davidson went 2-for-3 with an RBI double as Mississippi State won 7-1. For the weekend, Montana hit .400 with a team-high 6 RBIs.

Mia Davidson: Mia tied a Mississippi State record with her 67th career home run in Sunday’s win over the Gamecocks. Davidson hit a solo home run in the fifth inning to tie Rafael Palmeiro for the most home runs in Mississippi State history, baseball or softball. Mia is now in 3rd place in Southeastern Conference softball history for career home runs behind Florida’s Lauren Haeger (71) and Georgia’s Alyssa DiCarlo (69). Davidson also drew a walk with the bases loaded against the Gamecocks in the sixth inning. On Saturday, Mia drove in the Bulldogs’ opening run with another bases loaded walk. She finished 1-for-3. On Friday, she went 0-for-3. Mississippi State is now 27-22, 3-15 in the SEC.

Tori Dalehite: On Saturday, Mercer defeated UNC Greensboro softball 2-1 in the opening game of a doubleheader at Sikes Field in Macon, GA. Dalehite entered the game as a pinch runner. The Spartans rebounded to win the final two games of the series and are now 28-15 overall, 11-4 in the Southern Conference.

Jaden Hurdle: On the weekend she celebrated her 19th birthday, Hurdle had several strong performances for the Patrick Henry Community College softball team. On Sunday, Patrick Henry swept a doubleheader from Surry Community College in Martinsville, VA. In the opening 4-3 win, Hurdle earned the save as she threw the final two-thirds of an inning. She surrendered one hit. At the plate, Hurdle went 0-for-3. The Patriots won the nightcap 4-0. Hurdle hit her ninth home run of the season. She also had an RBI double and finished 2-for-3 with two runs scored. On Friday, Florence-Darlington Technical College swept a doubleheader from Patrick Henry by identical 5-2 scores. In the opener, Hurdle went 1-for-3 with a double. Patrick Henry finished the regular season 19-17 overall, 13-7 in Region X of the National Junior College Athletic Association. The Patriots finished 3rd in the Region X West Division, only one game behind first-place Caldwell Community College and Technical Institute. In 34 games, Hurdle hit .356 with nine home runs and 27 RBIs. On May 14, Patrick Henry will be in the Region 10 Tournament at Springwood Park in Burlington.

Grace Andrews: The Catawba Valley Community College softball team split a doubleheader with Caldwell Community College and Technical Institute at Highland Recreation Center in Hickory on Saturday. Catawba Valley took the opener 9-2. Andrews, starting a shortstop, went 1-for-4 with a two-run single in the first inning. Andrews later scored off a double by Lillie Pennington. CCTI took the second game 14-7. Andrews went 2-for-4 with a two-run double in the 3rd inning. Catawba Valley finished the regular season 23-11, 12- 8 in Region X. Andrews played in all of the Red Hawks’ games and was second on the team with a .461 batting average (10th in Region X). She led the team with 53 hits (4th in Region X) and 41 RBIs (tied for 4th in Region X). Andrews also scored 35 runs (3rd on the team), hit eleven doubles (2nd on the team), and eight home runs (2nd). She goes into the Region X Tournament on a 7-game hitting streak.

Landon Riley: Riley earned his second win of the season for the Liberty baseball team in a 9-8 victory over Bellarmine on Sunday. In one-third of an inning, Riley surrendered three runs off three hits. It was only the second game this year where Riley surrendered a run. The Flames earned the walkoff win in the bottom of the ninth inning when Logan Mathieu hit a two-run homer. The Flames are now 30-11, 14-1 in the Atlantic Sun Conference.

Bryse Wilson: Wilson was optioned by the Atlanta Braves to the team’s alternate training site after he started Thursday’s game against the Chicago Cubs. In three innings, Wilson surrendered seven runs off four hits with two walks and one strikeout. The Cubs won 9-3 and Wilson fell to 1-2 on the year.

Natalie Chandler: The #2 UNC women’s soccer team has started play in the NCAA Tournament. The Tar Heels defeated Denver 2-0 in Matthews on Friday. Chandler, who was the captain of the Orange women’s soccer team in her junior and senior seasons, is a senior for the Tar Heels. UNC will face Washington at WakeMed Soccer Park in Cary on Wednesday.