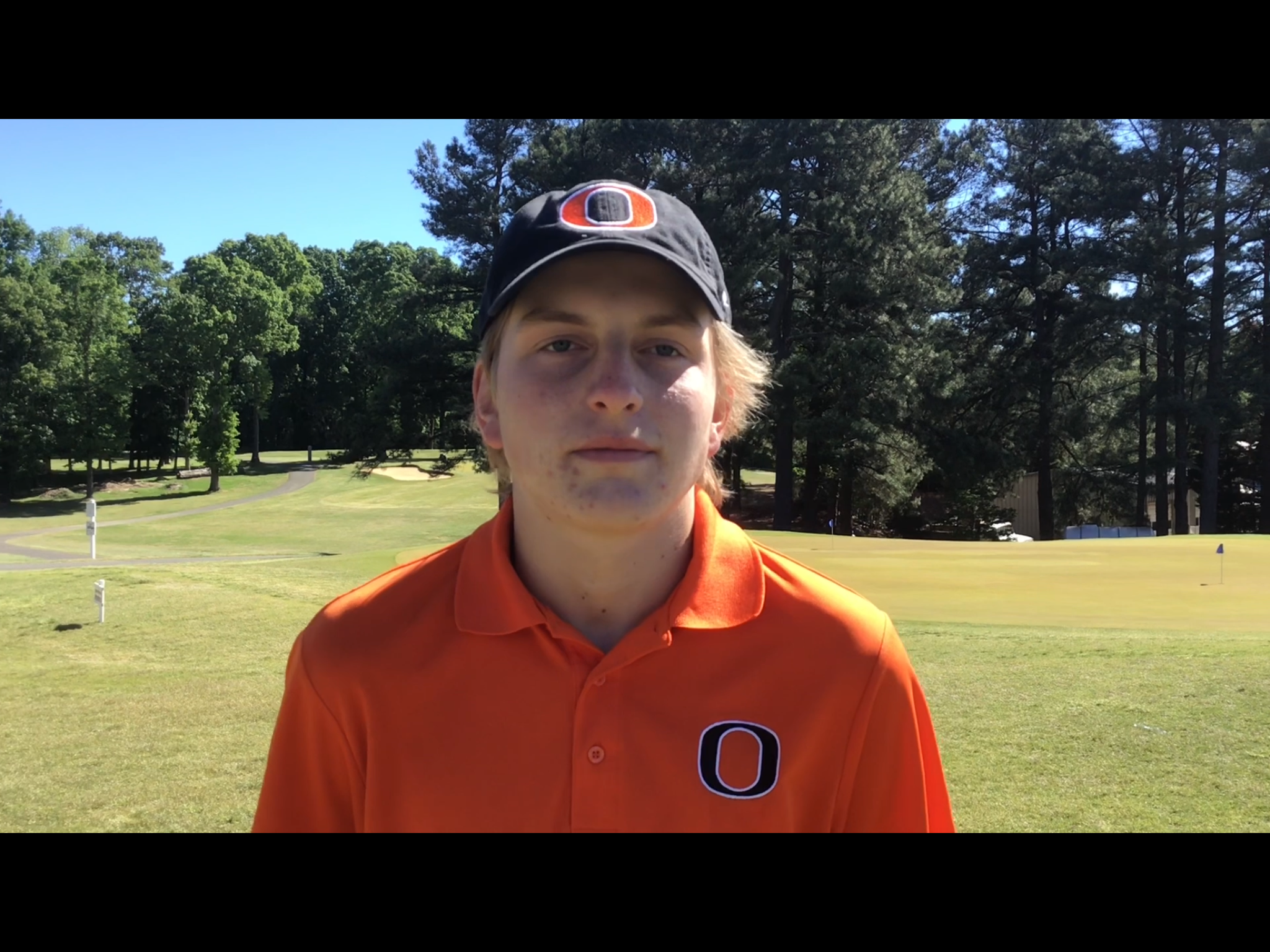 Orange sophomore Thomas Loch is a two-sport athlete. This season, he qualified for the 3A Mideast Regionals for the Orange golf team. Loch’s nine-hole average for the season was below 42, which made him one of only two Panthers to reach the regionals. The Mideast Championship will be held at Keith Hills Golf Course in Lillington on Monday. Orange senior Joshua Frank also qualified for regionals. Loch also played center for the Orange men’s basketball team this past winter. In fact, Loch made his varsity debut during the Panthers’ first win of the season against Vance County on February 6. Loch spoke to us on Saturday at Occoneechee Golf Course in Hillsborough, the home of Orange and Cedar Ridge golf. Loch has spent a substantial part of his young life on the links. His father, Chris, was a club pro in New Hampshire who taught his son. Thomas began taking the game seriously about three years ago. Loch and Frank will be on the course in Lillington on Monday with hopes of qualifying for the 3A State Championships, which will be held Longleaf Golf and Family Club in Southern Pines on May 9.