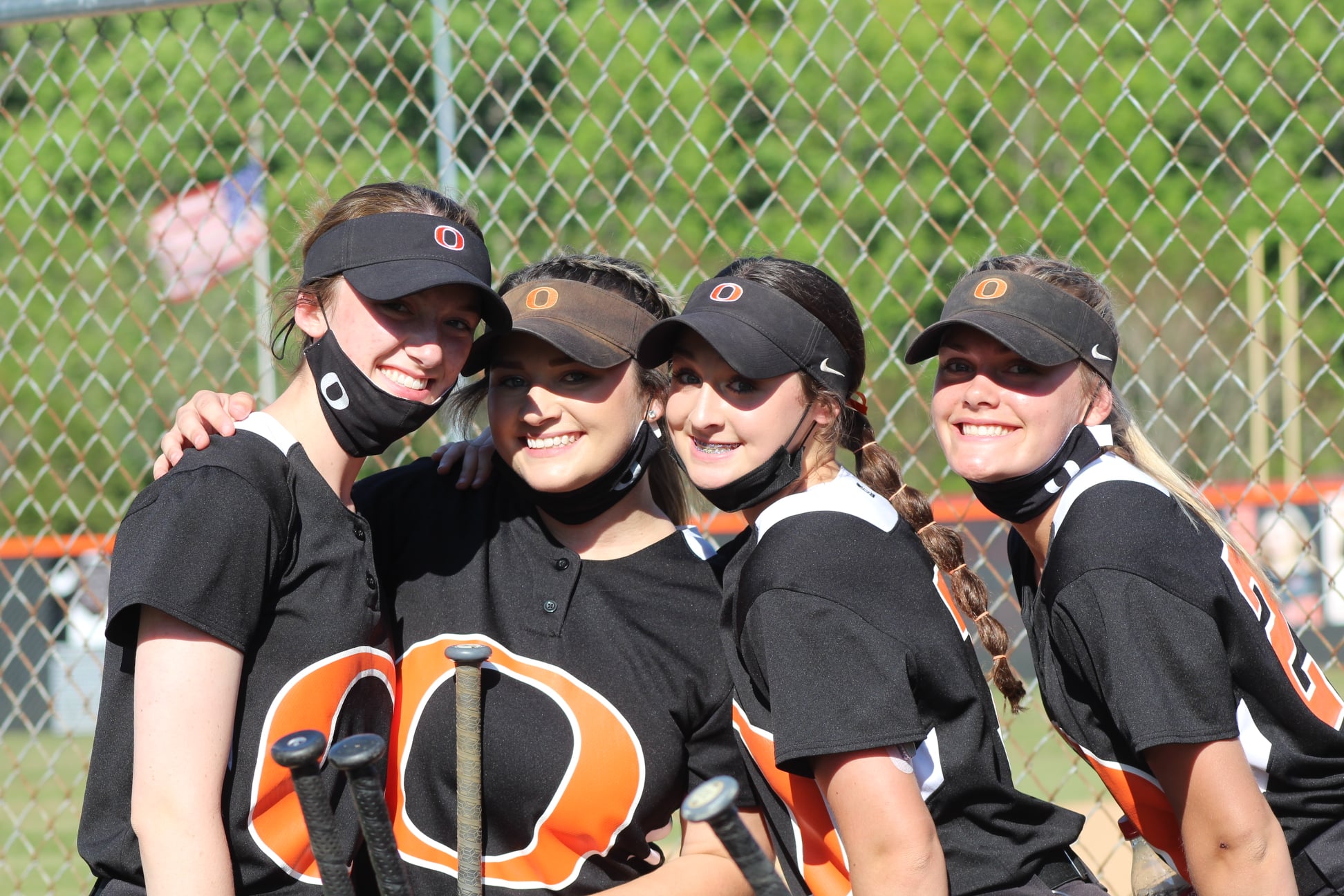 In terms of sports arguments created by the COVID-19 pandemic, the surfaced hasn’t even been touched, much less scratched.

Those who care about high school sports across northern Orange County will be left to wonder whether Cedar Ridge 3rd baseman Takia Nichols could have broken Mia Davidson’s statewide home run record of 53 with a full slate in her sophomore and junior seasons (and if she had played home games in a smaller ballpark). Or whether the Orange baseball team could have captured the Big 8 Conference championship before the pandemic ended its season after just five games in 2020.

The Orange softball team now has created its own realm of argument. The players, comprised primarily of sophomores and freshmen, didn’t create a 12-game regular season schedule in a sport where the standard slate is around 20 games. They just had to play it.

And history will show they did it very well.

On Thursday night, the Orange softball team became the first team in Hillsborough history to finish a regular season undefeated with a 12-0 win over Northern Durham at Knights Softball Field. Orange completed the year 12-0. The 2017 Orange team, which claimed the 3A State Championship, finished the regular season 18-2 with losses to J.F. Webb (then a conference rival) and perennial 2A power South Granville.

Cedar Ridge’s 2018 team ended the regular season 15-1, with its lone blemish a 2-1 loss to Roxboro Community School in the second week of the year.

Orange had a nonconfernece game scheduled at Southern Alamance for Friday night, but it was canceled Thursday.

Thus, the Lady Panthers didn’t play any non-Big 8 Conference games during the regular season. Whether a contest against Person or Southern Alamance would have led to a loss going into the state playoffs is a topic of debate.

What is undebatable is that Orange rolled through the Big 8 in dominant fashion. They outscored opponents 167-16. Of its 12 wins, six were shutouts and ten were via the run rule (the game was stopped early because Orange led by at least ten runs after five innings).

On Thursday, Junior catcher Lauren Jackson finished 4-for-4 with two home runs, including a two-run blast during a six-run 3rd inning. Jackson also doubled in the seventh.

Pitcher Gracie Walker improved to 4-0. In five innings, Walker surrendered only one hit with eight strikeouts. She retired the first nine Knights she faced. Northern didn’t get its first batter on base until catcher Abi Walker was hit by a bounced pitch to lead off the fourth. Aubrey Clayton’s single in the fourth, which was nearly caught by freshman left fielder Delaney Shaffer, was the only hit that Walker conceded.

The Knights (11-3) never had a runner reach third base.

Orange pounded out 17 hits, tied for its second-best total of the year (they had 21 against Cedar Ridge on March 23). Jackson led off the second inning with a low line drive of a home run that cleared the centerfield fence by inches.

It appeared Orange would go away meekly in the third after its first two batters were retired. Serenity McPherson, who hit safely in all 12 of Orange’s games this year, stroked a double to left centerfield to start of string of seven consecutive Panther hits. Carson Bradsher bounced a 2-1 fastball up the middle to score McPherson and the parade was underway.

Caden Robinson sent a pop fly down the left field line which led to Bradsher racing home from second. Jackson launched a two-run homer that nearly reached the walking track beyond left field to increase Orange’s lead to 5-0. After Mary Moss Wirt and Kelsey Tackett each stroked singles to right field, senior Emma Puckett lined a 1-1 fastball to the fence in right field to bring in two more runs.

Though Orange had several threats, they failed to score in the subsequent three innings. The dry spell ended with five runs in the seventh inning. Jackson started with a leadoff double capped with a headfirst slide. Senior Gracie Colley, in her only plate appearance of the night, singled up the middle to score courtesy runner Brianna Wilkins. After Puckett singled, freshman Delaney Shaffer lined a fastball up the middle to score Colley. Courtney Watkins bounced another hit over second base. McPherson lined a two-run single to left field.

Robinson and Watkins pitched the sixth and seventh innings, respectively.

Orange preserved the shutout after a spectacular play in the final frame by Wirt. After Northern had runners at first and second with no one out, Wirt made a diving catch on a soft liner hit by Northern’s Savannah Burton, then practically landed on second base to double up Macey Ellis, who led off with a double.

Orange will now await to see the 3A State Tournament bracket this weekend. They will host a playoff game next week.