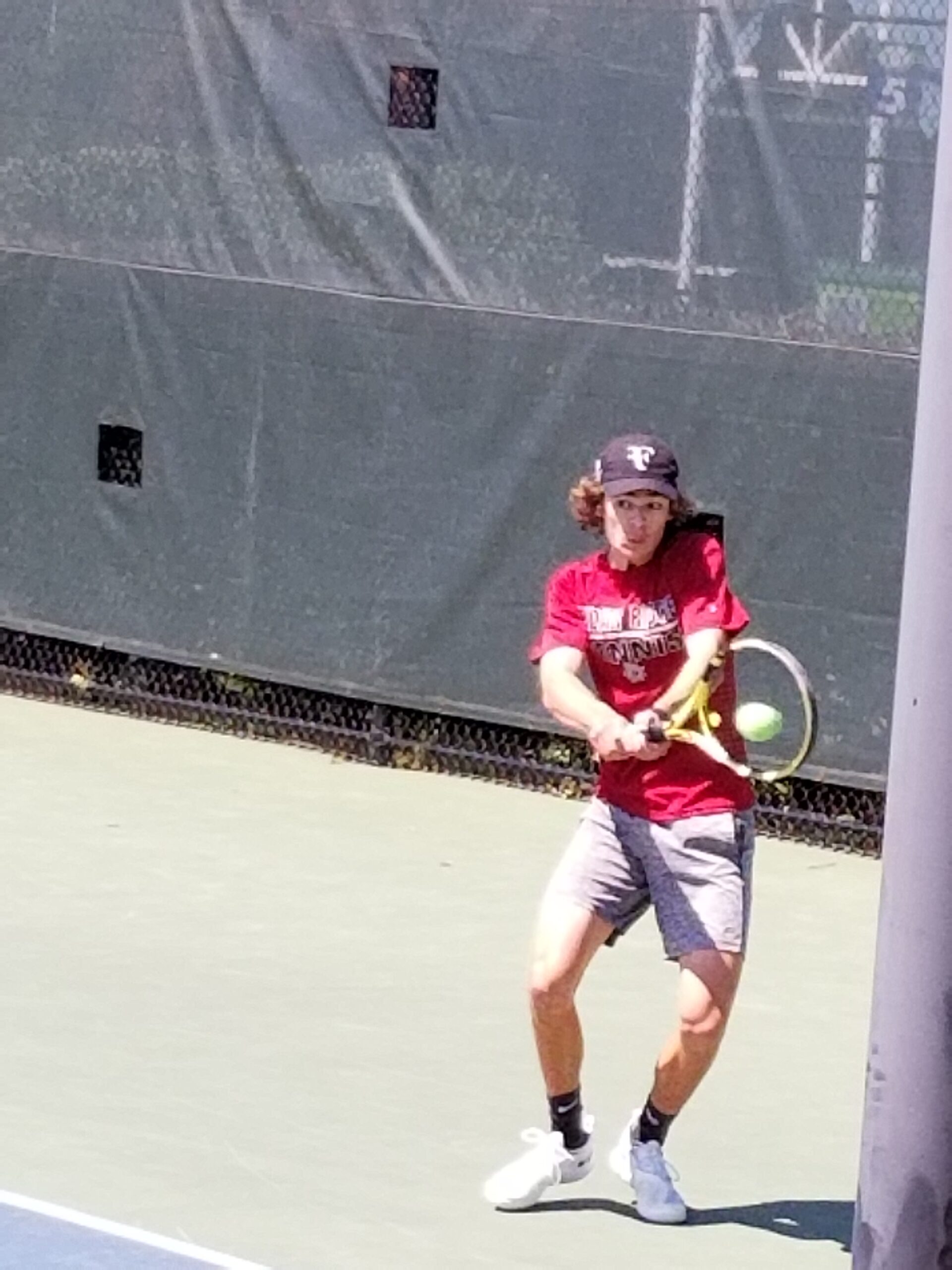 Cedar Ridge Men’s Tennis: The Cedar Ridge men’s tennis team rolled past Southern Durham 9-0 at Spartans Tennis Courts on Monday. Sophomore Josh Mayhew captured his match at #1 singles 6-0, 6-0 to improve to 4-1 on the season. Mayhew also teamed with senior Will Ballenger at #1 doubles.

The match against Southern Durham officially completed Cedar Ridge’s Big 8 Conference season. They finished 4-2, though they will play the rest of the Big 8 teams in matches that will not count in the league standings. However, they will count in the overall standings, which could help the Red Wolves clinch a spot as a wildcard in the 3A State Dual Team Tennis Tournament.

Mayhew and Ballenger are 4-1 in doubles play this season and hope to qualify for the regional doubles championships next month.

The 3A Mideast Tennis Regional will be on May 7 at the Burlington Tennis Center.

Cedar Ridge women’s soccer: It’s fair to say that Cedar Ridge midfielder Emerson Talley picked up where she left off.

Last season, Talley scored six goals in a 9-0 win over Bartlett-Yancey in Yanceyville. Five days later, Talley notched the game-winning goal in a 2-1 victory over Northwood in Hillsborough. The Red Wolves were 2-2, but the season ended that night because of the pandemic.

To open 2021, Talley scored six goals in a wild 7-6 win over Northern Durham at Red Wolves Stadium on March 24. Thus far in her senior season, Talley has scored 12 goals. That includes a brace against East Chapel Hill in a thrilling game at Dave Thaden Stadium last Monday. The Wildcats won 3-2 in double overtime. Cedar Ridge’s Ianna Pfifer assisted on one of Talley’s goals against the Wildcats.

In her career, Talley has 12 hat tricks for the Red Wolves, even thought the pandemic has greatly shortened her career. As a freshman, she scored a goal in the opening round of the state playoffs as the Red Wolves defeated West Carteret 3-0. Taylin Jean, who now plays at Limestone College in South Carolina, earned the victory in net for the Red Wolves.

Cedar Ridge will look to return to its winning ways when they host Vance County at Red Wolves Stadium on Wednesday afternoon.

As often repeated in other sports, only the first games against conference opponents will count in the league standings (this was the case in men’s and women’s basketball, volleyball and men’s tennis). Orange hosts Northern Durham tonight at 6:30 at Orange Softball Field. Both the Lady Panthers and the Knights are 4-0. Orange’s only remaining conference games are against Southern Durham, which has already forfeited games, and Vance County. Orange will play the rest of the league schedule again this month, but they will count only towards the overall record and not the league standings.

Northern rallied to defeat Vance County 7-6 in nine innings on March 23. The Knights scored three runs in the bottom of the ninth to win and keep its hopes for a Big 8 Championship alive.

If Orange beats Northern, the Panthers will likely clinch the #1 seed from the Big 8 Conference regardless of what happens against Vance County since they will hold the head-to-head tiebreaker against the Knights.

Last week, the Lady Panthers breezed past Chapel Hill 22-0 in its first road game of the year. Freshman Caden Robinson went 2-for-3 with a 3-RBI double. Robinson also earned the win in the circle. She threw one shutout inning with one strikeout. Freshman Mia Leathers served mop-up duty as she completed the final two innings. She struck out four as Orange completed its second straight no-hitter.

This week, Cedar Ridge will host Vance County on Thursday and Northwood on Friday at Red Wolves Softball Stadium.

Hillsboroughsports.com will broadcast the Orange-Northwood game on Tuesday, as well as Cedar Ridge’s game against Vance County on Thursday. Links for both games can be found on the website. They can also be found on our Facebook page and our Twitter account, @Hboroughsports