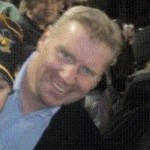 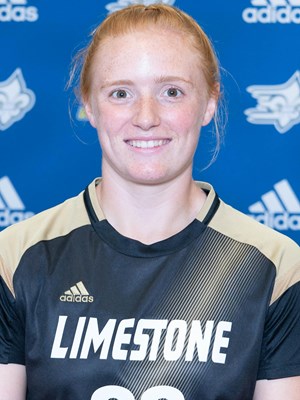 Taylin Jean: The former Cedar Ridge goalkeeper returned to action for Division II Limestone on Monday night. The Saints defeated Lincoln Memorial University 2-1 in Harrogate, TN. Jean earned the win after she played 98 minutes. It was her first win of the season. On April 1, Jean came on as a substitute for starter Katie Maher in a 1-0 loss to Queen’s University at Saints Field. Limestone is 5-2 overall, 4-2 in the South Atlantic Conference.

Kayla Hodges: The Elon women’s soccer team defeated the College of Charleston 1-0 at Patriot’s Point Stadium in Mt. Pleasant, SC on Sunday. Hodges was one of six Elon players to play the entire match. The Phoenix is now 3-3 overall, 2-1 in the Colonial Athletic Conference. Elon will travel to William & Mary on Saturday.

Landon Riley: The Liberty baseball team defeated Wake Forest 8-4 on Wednesday at Worthington Field in Lynchburg, VA. Riley finished out the game with a scoreless ninth inning. He surrendered one hit and one walk. Liberty is now 4-1 against ACC teams. This was Riley 10th appearance in 2020. He still has not surrendered a run. In eleven innings, Riley has given up five hits and five walks with 12 strikeouts. Opponents are hitting .135 against him. The Flames are 18-8, 5-1 in the Atlantic Sun Conference. They will host Lipscomb for a three-game weekend series starting Friday.

Cooper Porter: The Pensacola State Junior College baseball team defeated Gulf Coast State College 4-3 on Wednesday night. Porter started in right field and finished 1-for-4 with a run scored. On Tuesday, Pensacola State defeated Gulf Coast 3-1 in Panama City, FL. Porter went 2-for-3 with a walk. In the last six games in which he’s played, Porter has had a base hit. (He sat out last weekend’s series against Northwest Florida State College) In 12 games, Porter has increased his average to .290. Pensacola State is 18-14, 8-3 in the Panhandle Conference.

Mia Davidson: The Mississippi State softball team rallied to defeat Central Arkansas 4-3 at Nusz Park in Starkville, MS on Wednesday. Davidson passed Will Clark in MSU baseball and softball history with her 62nd career home run in the fifth inning. Davidson needs only three more home runs to enter the SEC all-time top five. Davidson finished 2-for-4 with a double, putting her at 197 career hits. On Monday, Southeastern Louisiana defeated Mississippi State 6-4 in Hammond, LA. Davidson finished 2-for-4 with a double and an RBI against the Golden Lions.

Montana Davidson: Montana started at 3rd base for Mississippi State against Southeastern Louisiana and finished 0-for-3. She also started against Central Arkansas on Wednesday. Mississippi State’s weekend series against Tennessee has already been canceled because of COVID-19 protocols within the Volunteers program.

Jaden Hurdle: The Patrick Henry Community College softball team split a doubleheader against Pitt Community College in Winterville on Tuesday. Pitt captured the nightcap 5-3. In that game, Hurdle hit a solo homer for PHCC. She finished 2-for-3 with a double and the dinger. Hurdle also started in the Patriots’ 3-0 win over the Bruisers in the opener. She went 0-for-4. Hurdle is now hitting .390 with four home runs and 16 RBIs in 20 games. Patrick Henry is 9-13 overall, 4-4 in Region 10 of the National Junior College Athletic Association. This weekend, Patrick Henry will travel to Spartanburg Methodist for a Saturday doubleheader.

Bailey Lucas: The Division III Meredith College volleyball team swept Methodist in a senior day doubleheader at Weatherspoon Gym in Raleigh on Friday. Meredith took the first match 3-2 on scores of 20-25, 25-23, 26-24, 21-25 and 15-8. Lucas started and finished with two kills, 28 assists and seven digs. The Avenging Angels also won the second match 3-1 on scores of 22-25, 32-30, 25-15 and 25-20. In the final match, Lucas started and registered three kills, 24 assists and eight digs. Meredith is 7-4 overall, 4-2 in the USA South Athletic Conference. They wrap up the regular season with a trip to Mary Baldwin for a doubleheader on Sunday. Lucas leads the team with 263 assists. She is fourth on the squad with 82 digs.

Dylan Boyer: The #17 Queen’s University men’s lacrosse team lost to #20 Limestone 11-5 at Saints Field in Gaffney, S.C. on Wednesday night. Boyer, a freshman with the Royals, came in as a reserve and fired one shot. Queens is now 6-4 overall, 6-2 in the South Atlantic Conference.