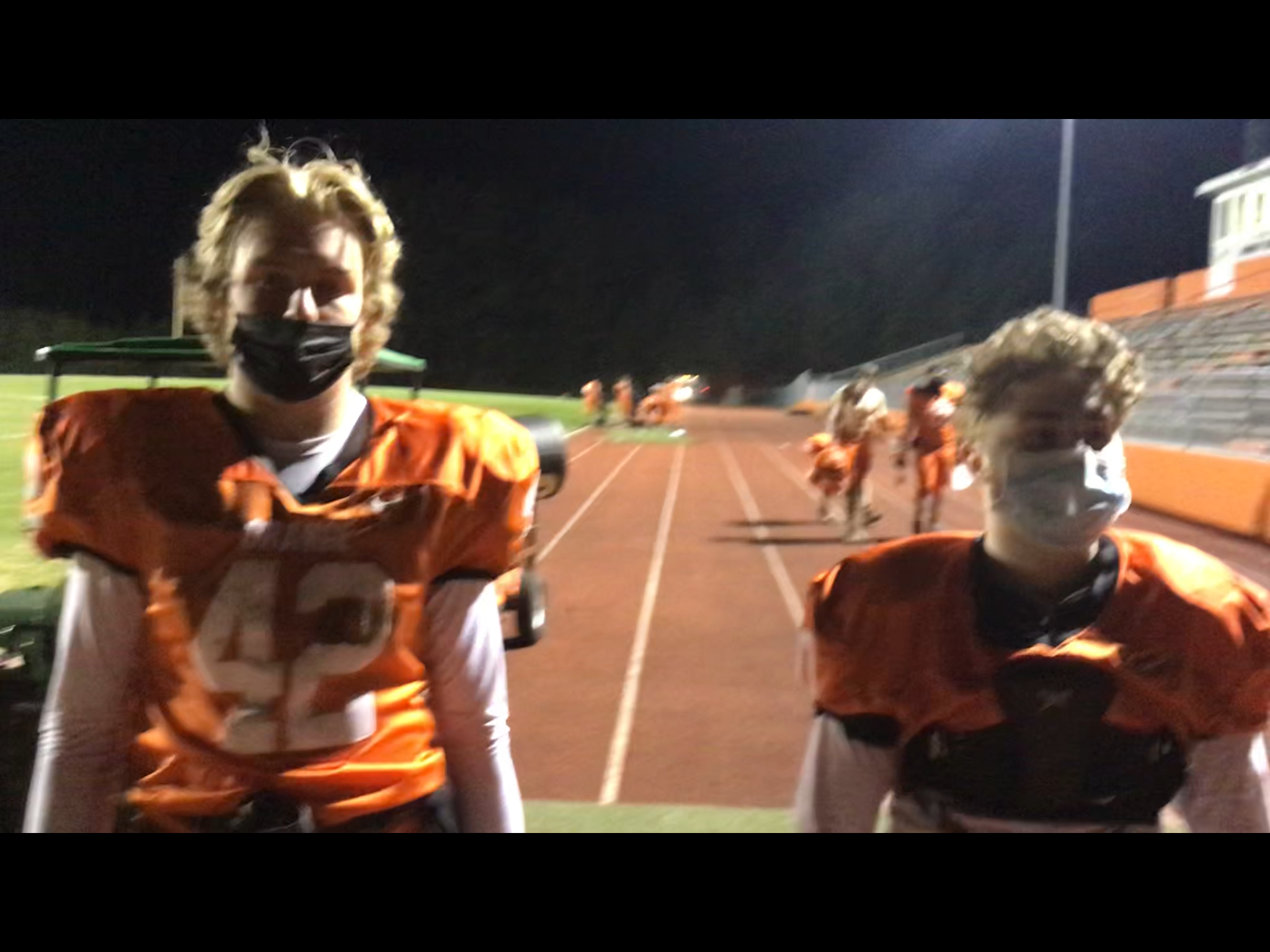 Orange seniors Daniel Champion and Will Crabtree both went extra lengths to win on their senior night over Cedar Ridge on Thursday night. Champion, a cornerback, made two interceptions, both in the third quarter. Champion had not played since the season opener against Southern Durham on March 5. Instead of sitting out the final two games, Champion practiced with some pain in his shoulder this week, and returned for what turned out to be a special night. Crabtree made the first touchdown catch of his career off a pass from backup quarterback Wynston Brown. Instead of waiting for graduation, Crabtree has already started his professional career. He currently serves with the Cedar Grove Fire Department. After attending Appalachian State, Crabtree plans to work in Durham as a fireman. Champion and Crabtree will look to clinch Orange’s first winning season since 2017 next week when they travel to Chapel Hill.