Orange’s Joe Cady & Jake Wimsatt on playoff win (and the unveiling of the Midnight Rider!) 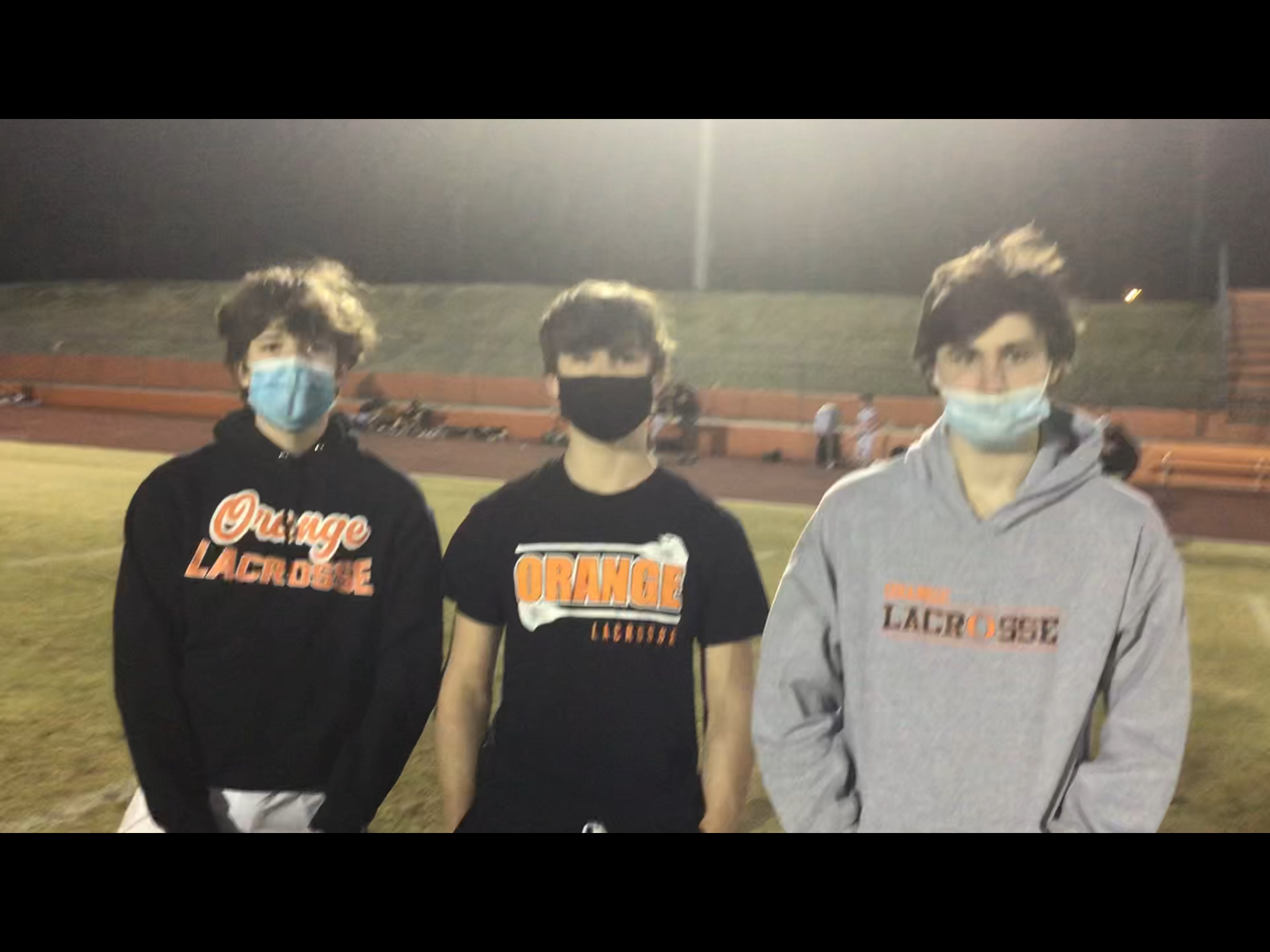 The Orange lacrosse team won in the opening round of the 3A/2A/1A State Playoffs on Monday night, defeating Terry Sanford 17-1. It was a big night for sophomores Joe Cady and Jake Wimsatt. Cady came away with five points, including a hat trick. Cady’s goal in the third period put Orange ahead 15-0. He also assisted on two goals by Brantly Porterfield in the second period. Wimsatt won every face off that he took in the game and scored a goal to open the second quarter. Wimsatt also assisted on Cady’s opening goal in the first quarter. Next up for Orange will be Northwood, who defeated the Panthers 17-6 on March 8. Wednesday’s game will be at Auman Stadium and will be the first time that Orange has ever hosted a second round playoff game.

Late in Monday’s win, a player wearing #40 for Orange found his way into the game. On the broadcast, Hillsboroughsports.com play-by-play man Jeff Hamlin didn’t have a #40 in his roster, so the player was dubbed “The Midnight Rider” on the broadcast. This was based off an angle from 1987 NWA Wrestling featuring Dusty Rhodes. In the aftermath of Monday’s game, the identity of the Midnight Rider was unveiled as Bryce Graham, who joined us for this interview. The revelation of the Midnight Rider in 2021 was much more sensical than the 1987 version.