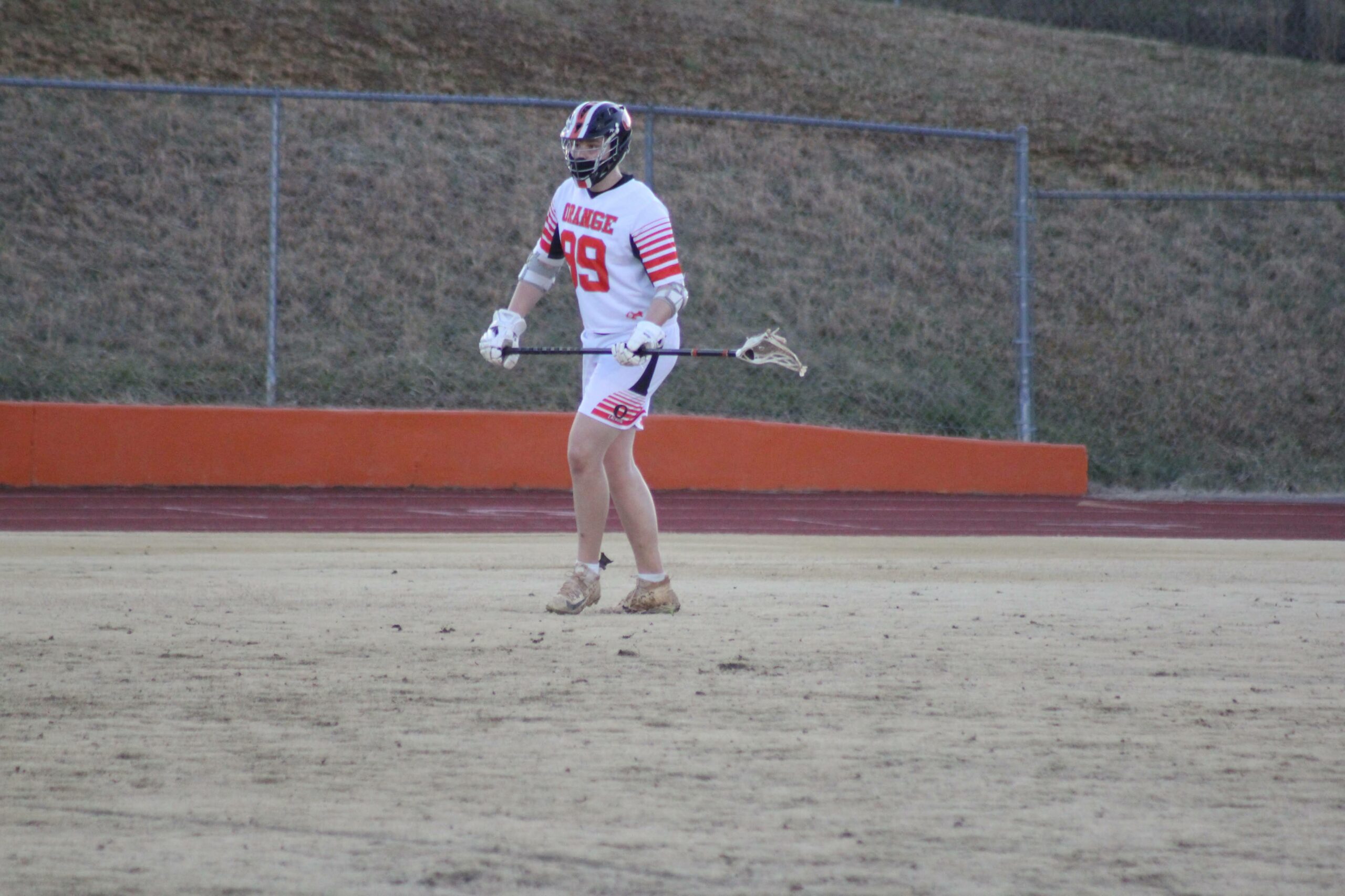 Chandler Zirkle is a man of his word.

Last season, Zirkle vowed to his seniors that if they reached the state playoffs, he would dye his hair blond. Since there was no finish to the 2020 season, that vow went resolved.

Until Monday night. Orange completed a perfect conference season with a win at Vance Charter in Henderson.

So as he led Orange out on the field for its state playoff game against Terry Sanford on Monday night, Zirkle’s red roots had given way to a bright yellow.

“The hair stays under the hat for a majority of the game,” Zirkle said. “A lot of this year has been building off a lot of the success of last year. And a lot of success that these senior have had. So I just went ahead and did it.”

On Sunday night, Zirkle used Splat hair dye over a 25-minute process to turn his hair a shade of bright yellow that would make Ric Flair proud.

After holding up his end of the bargain, his team held up theirs.

Orange scored ten goals in the opening quarter and went on to defeat Terry Sanford 17-1 in the opening round of the 3A/2A/1A North Carolina High School Athletic Association State Playoffs at Auman Stadium on Monday night. The Panthers advanced to the second round, where they will face Northwood on Wednesday in Hillsborough.

Senior Ryan Merrill, Orange’s leading scorer, finished with four goals and an assist, all in the first quarter. Sophomore Joe Cady registered three goals and two assists, while freshman Connor Kruse had a goal and an assist.

Since lacrosse was established as a sport at Orange in 2008, it’s the first time ever than Orange won a home playoff game. The Panthers’ previous postseason wins came at South Brunswick in 2015 and Northside-Jacksonville in 2019.

It was also Orange’s first state playoff win in any sport since May 2019, when the softball team edged Jacksonville in the opening round of the 3A State Playoffs.

Of course, that’s a misleading statistic since spring sports across North Carolina didn’t have any playoffs because of the pandemic. If there had been, chances are the lacrosse team would have had a postseason win after storming out to a 6-0 start with victories over J.H. Rose, Heritage, Carrboro and Eastern Alamance.

Terry Sanford (2-9), seeded #15 and coached by Casey Holbrook, completed its first season as a team. They started 2020 with three matches before the pandemic shut down everything.

Orange scored eight goals in the opening ten minutes to quickly end any hopes of a Bulldog upset. Merrill scored the first goal off a bounce shot just 92 seconds into the game. Merrill assisted on the next goal scored by Tigh Metheney. Freshman Connor Kruse got free for a goal with 8:38 remaining in the first quarter.

Cady’s first goal was assisted by fellow sophomore Jake Wimsatt. Senior Cy Horner got his only goal with 3:16 left in the first quarter off an assist from Leif Mahaney. Duncan Grant tallied his first goal unassisted to put Orange ahead 8-0.

In the second quarter, Wimsatt opened the scoring to put Orange ahead 11-0. Junior Brantly Porterfield notched consecutive goals, each assisted by Cady.

Josh Cowan scored his first varsity goal in the third quarter off an assist from Tigh Metheny. Sophomore Andrew Harris and Josh Crabtree got the final Orange goals.

Orange will now aim to reach the third round of the state playoffs for the first time in program history. To do it, they’ll have to beat a Northwood team that romped past the Panthers 17-6 only eight days ago, Orange’s most lopsided loss of the year.

Across Orange County on Monday night, East Chapel Hill defeated Cedar Ridge 19-9 at Dave Thaden Stadium. The Wildcats, champions of Conference 10, charged out to a 7-2 lead against the Red Wolves in the first meeting of the year between the two teams.

It was the final game in the Cedar Ridge careers of Matt Miller, Grayson Oliver, Ty Corbin, Toby Holmes, Dov Bearmann, and goalkeeper Aiden Kehoe. The Red Wolves, who finished second in Conference 10, end the year 5-4. It’s Cedar Ridge’s best mark to conclude a year since 2017, when they won the 3A/2A/1A Eastern Regional Championship and faced Weddington for the State Championship at WakeMed Soccer Park in Cary.