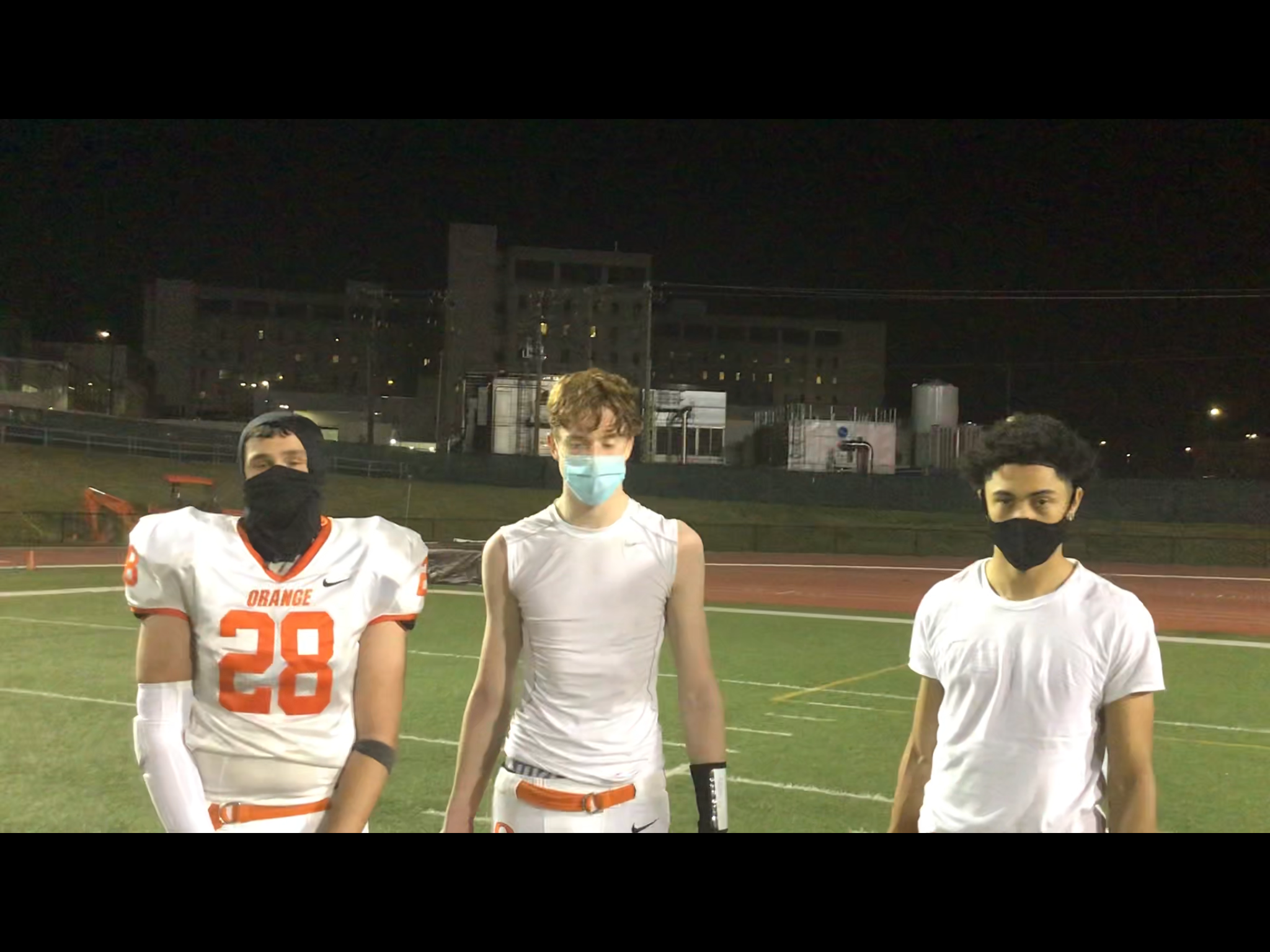 Orange quarterback Jayce Hodges had a week. On Monday, he walked into practice and agreed to start taking snaps at starting quarterback after first-stringer Nigel Slanker was injured against Southern Durham. Hodges engineered a new-look wishbone offense for Orange, a team that had only 25 yards rushing against Southern last week. With Hodges at quarterback on Friday night, Orange had 112 rushing yards as Orange defeated Northern 7-6 at Durham County Stadium. Hodges also completed all three of his passes for 35 yards. Orange senior cornerback Eric Brooks had several big defensive plays that helped hold Northern to 100 yards total offense after the Knights’ first drive of the game. Trey Grizzle had two big sacks, as well as a 15-yard catch in the first quarter, so he was Orange’s leading receiver. It was a high note for these three seniors who have had their final year at Orange cut short because of the pandemic.