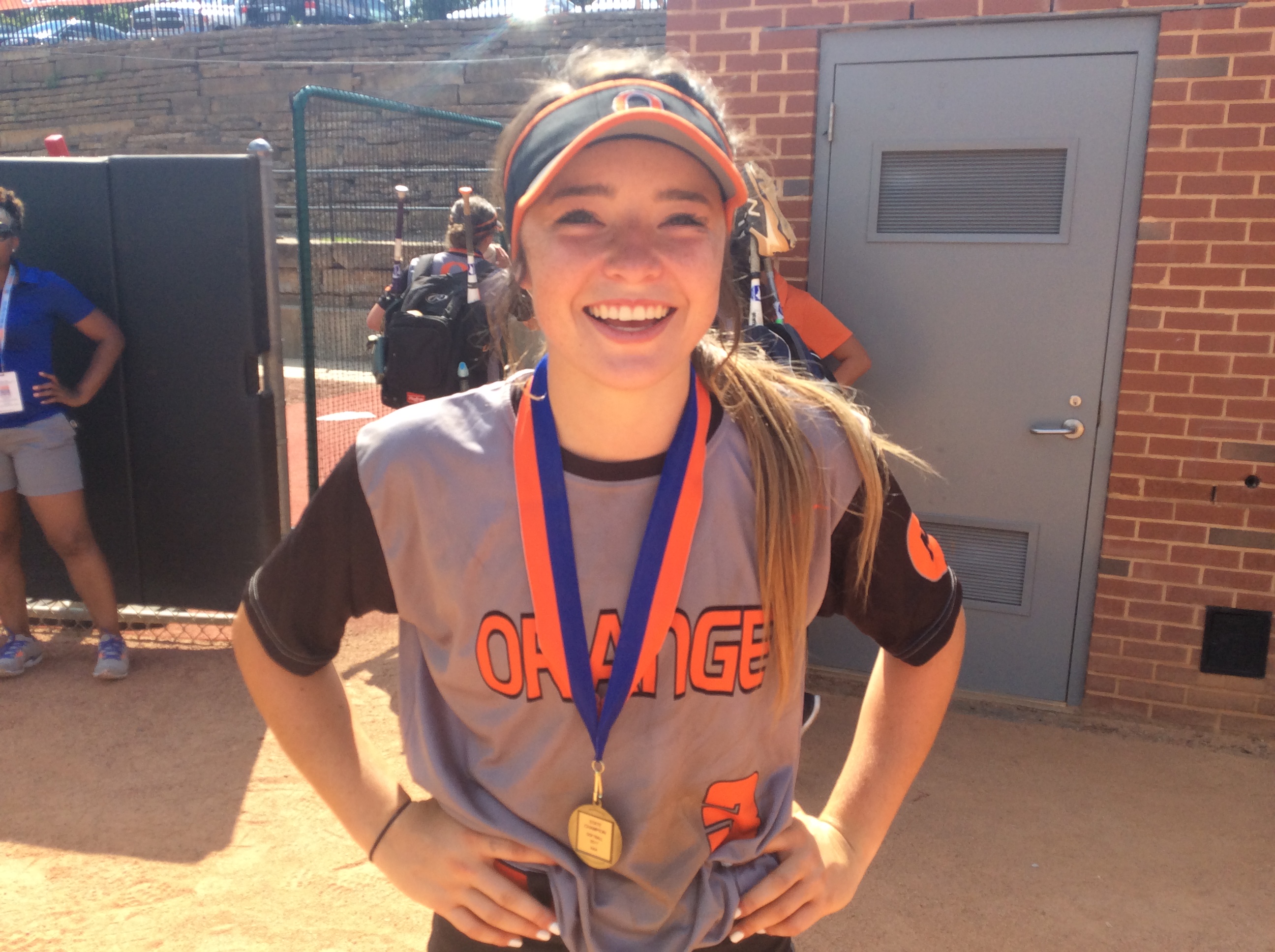 After winning the 3-A state championship in June, former Orange softball shortstop Abby Hamlett started to cry after her final game at N.C. State Dail Softball Complex because it would be the last time she would play with her teammates.

But it won’t be the last time she plays softball.

Over the weekend, Hamlett made the East Carolina softball squad during a walk-on tryout. She was the only walk-on to make the team under Coach Courtney Oliver. East Carolina will start its fall schedule on September 29th against Campbell at ECU Softball Stadium. Fittingly, ECU will also play at N.C. State on October 6th, where Hamlett played her final high school game. It’s possible that Hamlett will receive a scholarship in the future.

Ashley Muench: UNC-Greensboro senior volleyball outside hitter Ashley Muench was named to the All-Tournament team over the weekend during the Tussle in the Triad at Fleming Gymnasium. Muench, a native of Hurdle Mills, had 38 kills in three matches as the Spartans defeated High Point on Friday, but lost to Navy and Elon on Saturday. In the victory over the Panthers, Muench had 20 kills, seven digs and a block. UNCG Coach Cory Carlin was pleased with Muench’s effort. “Her performance was huge.” Carlin continued, “She came up big for us in so many spots. Its good to have the senior leadership we do on this team and her performance tonight was a big factor in this win.” UNCG is now 7-5 on the season.

Tiffany Brooks:  Tiffany Brooks, a native of Efland, had 18 digs on Sunday as Shaw swept Chowan 3-0 to wrap up an undefeated weekend at the Central Intercollegiate Athletic Association Round-Up at the C.E. Gaines Center in Winston-Salem. On Saturday, Shaw swept Virginia Union and Lincoln University of Pennsylvania, each by 3-0 scores. In the win over Union, Brooks had five digs, two assists and an ace. She had six digs against Lincoln as Shaw improved to 10-2 on the season, 3-0 in the CIAA.

Jordan Lloyd: The Brevard College Tornadoes defeated Emory & Henry 3-1 on Saturday in the second match of a doubleheader. White Cross-native Jordan Lloyd played in all four sets, finishing with two kills and a dig. Brevard also lost to Washington & Lee 3-0. Lloyd had three digs against the Wasps. Brevard is 4-2.

Andie McKinnon: Emory volleyball has now won seven straight matches after defeating sixth-ranked Juniata 3-0 in the East/West Challenge at the Woodruff PE Center in Atlanta on Saturday. Andie McKinnon, a sophomore, finished with twelve digs as the Eagles improved to 8-1.