Without Brooks, Beasley Scores 2 TDs to Lead Orange Past Riverside 23-3 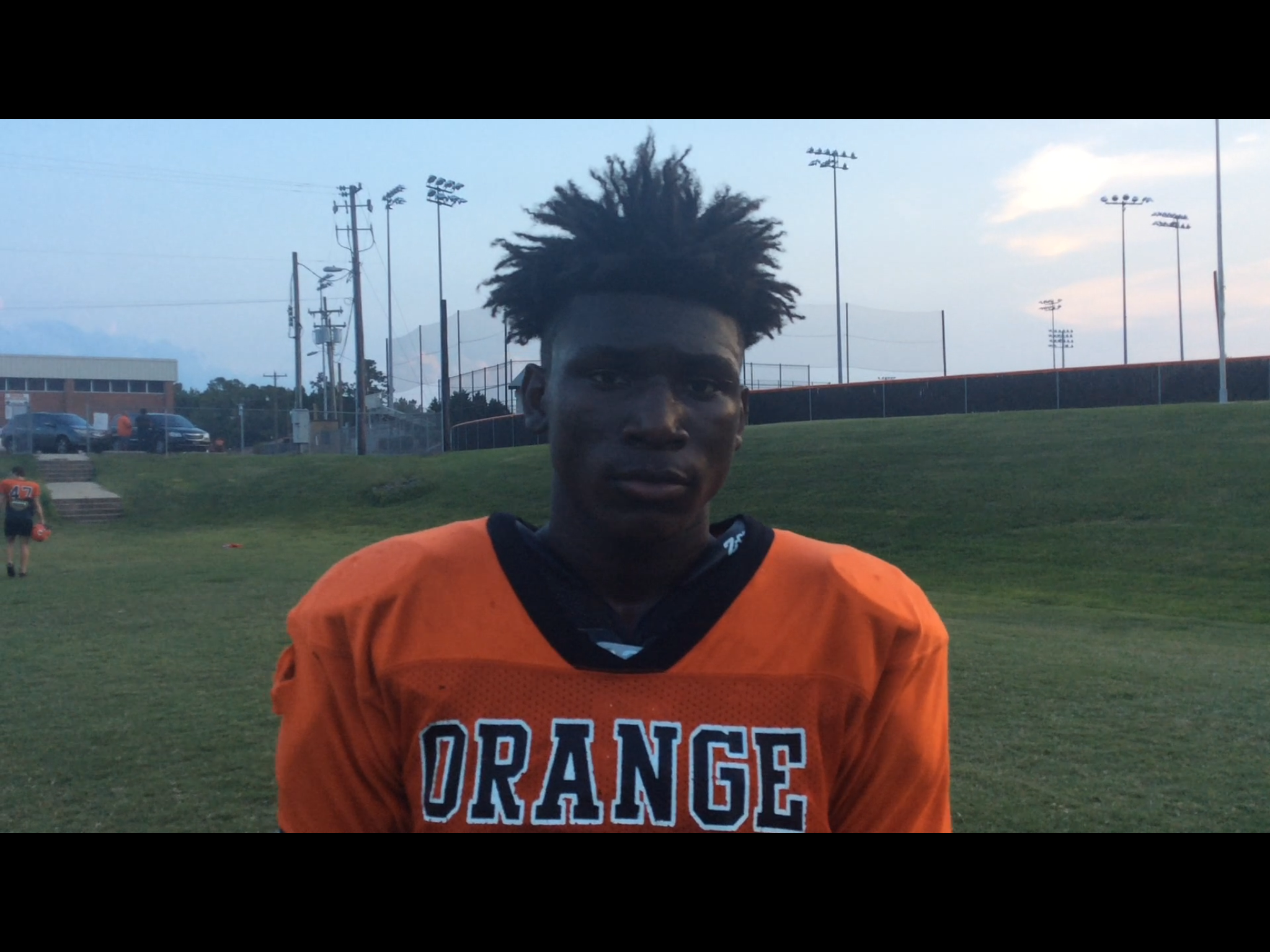 No one knows when adversity will happen.

For Orange football, it came on the second drive against Riverside on Friday night. Quarterback Rodney Brooks, who rushed for over 100 yards and threw for 106 last week against Rolesville, collapsed after planting his leg on an option carry around right tackle Juan Navarro.

Replays showed no one touched him as he crumbled to the turf at Tommy Blalock Field. It was a textbook “non-contact” injury.

Brooks limped off the field and never returned, leaving the game in the hands of backup Brenden Huss. In the previous two games, Huss had appeared in one drive, throwing one pass. If there was a time for Orange to panic, this was it.

Riverside, with only one winning season since 2006, is resurrecting its program under Corey Lea, a coach known for being well-prepared and with a wealth of experience against Orange. In two years at Northern Vance, Lea won eleven games at a school that had just nine wins in the previous six years.

A funny thing happen on the way to the panic button.

New potential big play threats emerged. Senior wide receiver Sebastian Flores caught two huge passes, setting up a touchdown. Classmate Morgan Paschal scored his first touchdown of the season. The Panthers didn’t even need Payton Wilson to bail them out of bad situations. Wilson only had four touches the whole game, one on a kickoff return.

On a night when things could have imploded easily, Orange comfortably improved to 3-1 with a  23-3 victory at Linny Wrenn Stadium for its fifth consecutive win over Riverside.

On the subsequent Riverside drive, Pirates quarterback Cole Infinito’s pass was intercepted by Eryk Mercado. Huss threw to Noah Robinson on consecutive passes, gaining nine yards on a 3rd-and-8. Paschall rushed for 19 yards on the next play, and scored his first touchdown of the year on an 18-yard scamper.

Riverside got its only points early in the second quarter off a 21-yard field goal from Lance Rio, trimming the Orange lead to 13-3.

The Pirates opened the third quarter with a lengthy drive that took nearly five minutes off the clock, but ended when defensive end Ryan Sellers pressured Infinito into a  incompletion. Late in the third quarter, Huss invaded Pirate real estate with consecutive passes to Flores for gains of 17 and 19 yards. With :55 remaining in the third quarter, Beasley scored on a 31-yard touchdown run around left end.

Meanwhile, Riverside’s special teams unit became its own worst enemy in the second half. Punter Tre Fitzpatrick had the ball snapped wide to his left on back-to-back drives, setting up Orange deep in Riverside territory twice.

The first time, McKinley attempted a career-long 44-yard field goal, which hit off the face of the crossbar. The second time, Beasley plowed into the left corner of the end zone for a 13-yard touchdown, his fourth of the year.

The Orange defense held the Pirates to 91 yards total offense. Infinite finished 5-of-15 for 25 yards.

The Panthers will take next week off and travel to Southern Durham on September 29th.