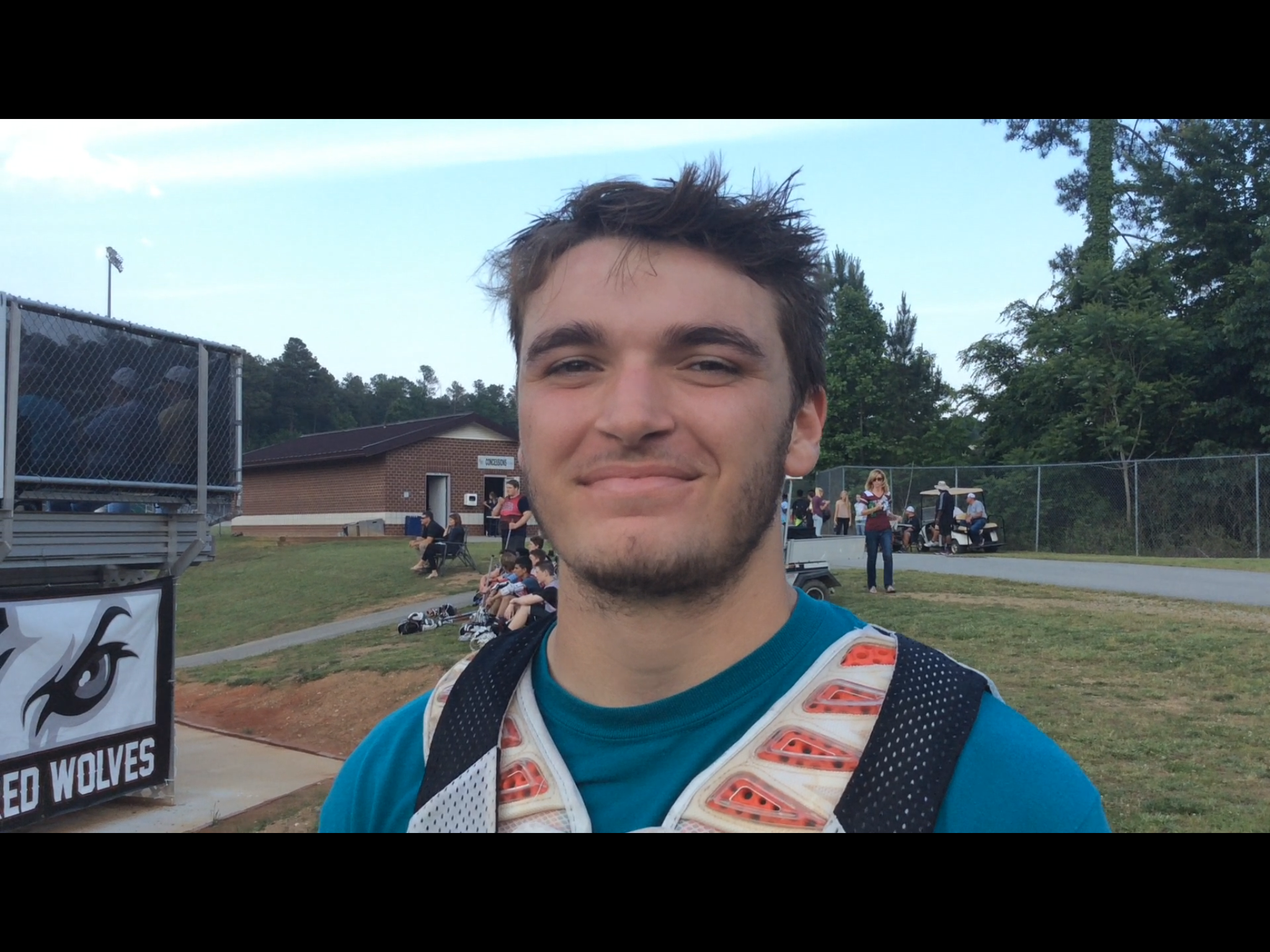 Regardless of whether new Cedar Ridge graduates Jack Widman, Sean Tobin, Cole Bullard, Kelsey Acome, Carter Danku, Ethan Strowd, Alex Bernal or Issac Rivera go now after turning their tassels on Friday at the Smith Center, they can rest assured they are in exclusive company.

They will forever be known as the first high school lacrosse team from Hillsborugh to play for a state championship. Though they lost to Weddington 21-6 at WakeMed Soccer Park on May 19, it didn’t erase the fact that the Red Wolves won the 3A/2A/1A Eastern Regional Championship.

On Thursday, Widman was named the Big 8 Offensive Player of the Year. Widman scored 59 goals, notched 33 assists and finished with 92 points in his senior season. In his career, he scored 105 goals, 75 assists and 180 points. He also won 65% of his faceoffs, capturing 80 out of 123 draws.

Widman’s classmate Cole Bullard was named Big 8 Defensive Player of the Year. Bullard scored 20 goals and eight assists for the Red Wolves. Bullard had a season-high four goals in the May 9 playoff victory over Eastern Alamance. He scored a team-high two goals in the state championship game.

Orange’s Tyson Wolter was named Big 8 Goalie of the Year. Wolter played 565 minutes and made 152 saves, finishing with a .593 save percentage. The Panthers ended the year 11-4.

Ironically, Orange’s David O’Neal was named Big 8 Coach of the Year. The announcement came during the same week where it was publicly revealed that O’Neal wouldn’t return to the Orange sideline next season. A source close to the team says that O’Neal’s undoing came after an incident during a game with Cedar Ridge on April 7 when several coaches were ejected contesting a check by midfielder Payton Wilson.

Under O’Neal’s direction, the Panthers defeated Cedar Ridge 14-13 and finished 11-4.

* Senior attacker Sean Tobin, who finished with 45 goal and 18 assists. Tobin scored 63 points and ends his CRHS career with 146 goals and 69 assists. The 146 goals is a school record.

* Kelsey Acome. The midfielder registered 12 goals and five assists. He led the team with 136 ground balls.

* Midfielder Carter Danku. Another senior who finished with 21 goals and 22 points on the season. Danku S finished with a hat trick in a 16-14 win at Chapel Hill that clinched Cedar Ridge’s 2nd straight Big 8 Championship.

In addition to Wolter, two other Orange players were named to the All-Big 8 Squad. Sophomore Tanner Boyer led the team with 34 goals and 22 assists, along with 56 points.  Boyer had six hat tricks, including four-goal games against Eastern Alamance and Voyager Academy. He totaled seven points in an 8-7 victory over 2016 3A/2A/1A Eastern Regional Champion Carrboro.

Junior Payton Wilson also made the all-Big 8 team, the third time this yerar he appeared on an all-conference team. He was also the Big 8 Defensive Player of the Year in football and the 3A 220-pound state champion. Wilson used his grappling experience to win 58 faceoffs, a 65% success rate. His also scored 16 goals in what will be his final season of lacrosse at Orange. Last month, Wilson committed to play football at UNC and plans to enroll in early 2018.