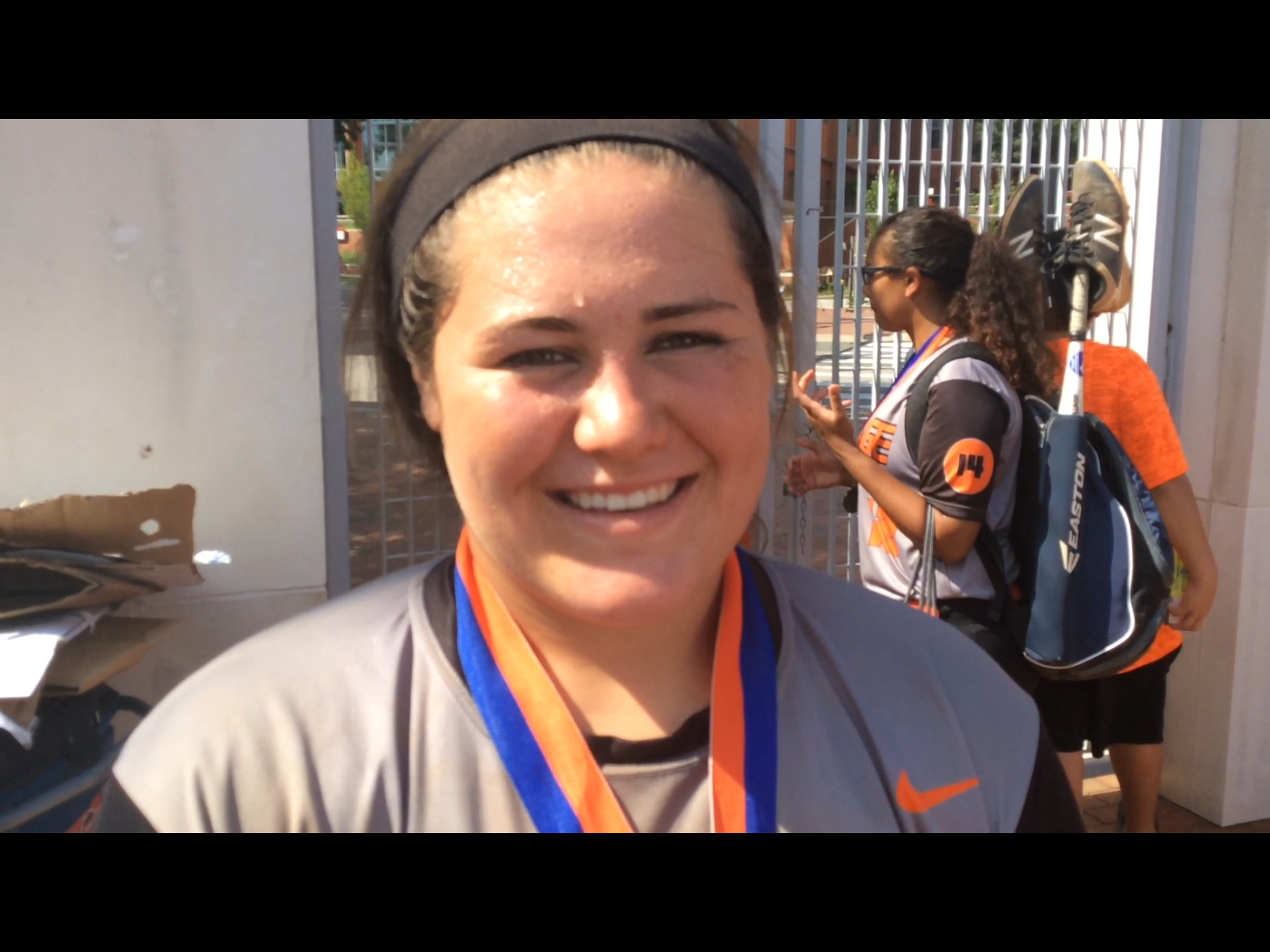 To the surprise of no one, Mia Davidson was named Big 8 Player of the Year for the 3A State Champion Orange Panthers Softball Team.

Davidson finished the season with a .517 batting average, along with 12 home runs and 50 RBI. Her on-base percentage was .750. Davidson, who was named the North Carolina Gatorade Player of the Year for the second consecutive year on Monday, heads to Mississippi State with 53 career home runs, a North Carolina record.

Givens finished 22-3 in 256 pitching appearances. She threw five complete games, but her biggest contributions came in Orange’s run to the 3A State Championship. She threw 230 pitches in one night as the Panthers won two games against West Brunswick to capture the 3A Eastern Regional Championship. The following weekend, she threw 238 pitches in sweeping the state championship series against Piedmont.

Early in the season, Hamlett moved to shortstop in order to make room for freshman Grace Andrews at 2nd base, and it proved to be the right fit. Hamlett finished with a .489 average with a team-leading 43 hits. She was second on the team with 45 runs. She also led the team with 15 multi-hit games. Hamlett will go to East Carolina next fall for a medical career, and may also try out for softball.

Lloyd hit .342 with 25 hits and 24 RBIs. She hit six doubles. Lloyd was also the top hitter for Orange during the West Brunswick series, going 4-for-10 with 3 RBIs.

Hurdle anchored first base and may have been the biggest addition on the team. For the regular season, she had the top batting average on the team. She finished with a .443 average with 39 hits and 39 RBIs. Hurdle had RBI singles in each of the state championship series games against Piedmont, plus a 3-run homer in game 1 of the West Brunswick series.

J.F. Webb’s Leo Brunelli, who is also the boys basketball coach, was named Big 8 Coach of the Year. Webb’s Mary Ann Clement was named the Big 8 Pitcher of the Year.