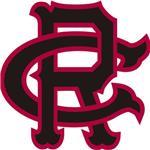 When the 3A/2A/1A playoff brackets are announced for state lacrosse on Monday morning, the road to the Eastern Regional Championship will run through Red Wolves Stadium.

For Cedar Ridge, it’s a chance to resolve unfinished business. On Friday night, they took a big first step.

Danku scored three goals in a span of 7:28 of the first quarter to spur the Red Wolves ahead 6-3. He also assisted on a marker from Nick Bachelder with :16 remaining in the frame.

CRHS goalkeeper Noah Berry made ten saves for the victory.

The 24-team field will be announced on Monday. It’s expected that Cedar Ridge will get a bye through to the 2nd round, which means they will play Friday. We’ll have broadcast coverage of Orange and Cedar Ridge throughout the playoffs here on HillsboroughSports.com.