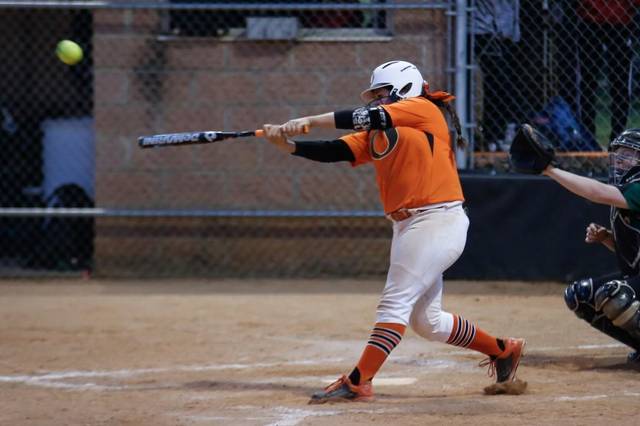 We’ll have in-depth previews of each team as the spring goes on, but here are some of the standout questions as spring arrives.

#1 Will Mia Davidson break the NCHSAA career home run record this week? If there’s one thing to be certain of going into the spring, it’s this: Mia Davidson will break the state record for career home runs. The question is when? Davidson enters her senior season with 41. The state record is 42. Orange plays at Cardinal Gibbons on Thursday, then hosts East Chapel Hill on Friday. Just between me and you, the single-season record is 19, which Davidson nearly tied last year (18). Might want to file that one away.

#2 How determined will Cedar Ridge Boys Lacrosse Be? Probably, the answer will be: a lot. Cedar Ridge was knocked out of the 3A/2A/1A state quarterfinals in about as bitter as fashion as possible. The Red Wolves, which had won 13 in a row, led Carrboro 8-2 at halftime. Then midfielder Jack Widman was ejected following a skirmish with Carrboro’s Chase Bolesky. Without Widman’s presence, the Jaguars went from firing 13 shots in the first half to 27 in the second. The Red Wolves scored only one goal in the second half and Carrboro won 10-9. Cedar Ridge coach Patrick Cavanaugh made no secret about what he felt was the turning point of the game, and he’s had nine months to think about it. Cedar Ridge. Widman returns, as does Sean Tobin, who scored the game-winning goal in overtime at Orange last year. The Red Wolves open its season against Jordan on Tuesday.

#3. How will Orange Baseball adjust to life without Bryse Wilson and Brad Debo?

If you know, call Dean Dease immediately, because he’d love to find out. Orange will start the season on Wednesday at home against Riverside without Wilson, who was drafted in the 4th round by the Atlanta Braves last June. Wilson was a four-year starter who won 33 games with a 0.99 ERA. Debo is now a catcher at N.C. State, where is already has started three games and hitting .375. And then there’s the other seven position players who played regularly for the Panthers last season that graduated. Second-day starter Derek Lindaman returns, along with third baseman Ryan Puckett and centerfielder Jaydin Poteat, who didn’t start the last ten games in 2016 after suffering a broken hand sliding into home plate at Northwood.

Here’s the schedule for the first week of the season:

Baseball: Orange at Jordan, 5:00 (only varsity)