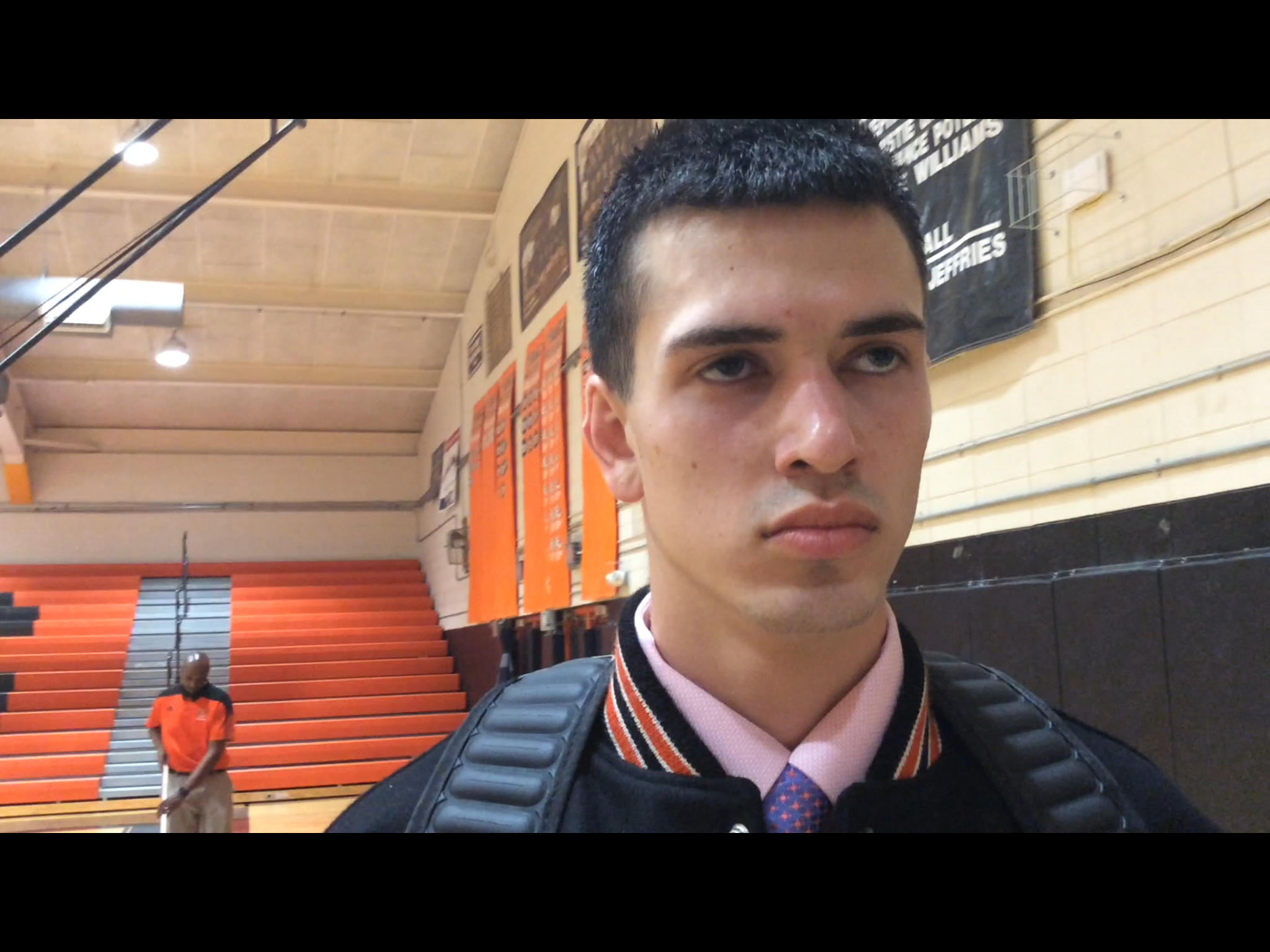 In an Instagram post on Sunday morning, Orange guard Connor Crabtree confirmed his high school career is over.

Crabtree tore a ligament in his right ankle while going for a defensive rebound late in the first quarter in the Panthers’ win over Triton in the 3rd round of the state 3A playoffs. After being helped off the floor by training staff and head coach Greg Motley, Crabtree emerged from the trainer’s room on crutches and watched the rest of the game resting his right leg against a chair at the end of the bench.

The old saying that a star shines brightest before it fades was never more appropriate on Saturday night. Crabtree spearheaded a run in the game’s first six minutes that included a tomahawk dunk and a follow-up stuff off a intentionally-missed layup by Mitch Portman, who created a steal. Orange roared out to a 28-2 lead.

Triton looked overwhelmed immediately. It was the type of start for a potential state champion—provided they had their star player.

“They were so focused at shootaround this morning,” said Motley. “We felt like they were going to come out and be ready to go.”

Any hopes that Crabtree’s injury would be minor were dashed simply by looking at the body language of the entire Orange team at halftime. The Panthers led 40-17. Their first trip to the Round of 8 in the 3A State Tournament was ensured. Yet Motley glared at the floor, not even looking up as his players warmed up in front of him. He didn’t panic, but the disappointment was obvious. Likewise, the Orange players had long faces. It took the prodding of Crabtree’s classmate, Logan Vosburg, to keep their heads in the game to avoid blowing a 28-point lead.

“If I had panicked, then they would have panicked,” said Motley. “I tried to keep my mind on the game and just focus on the game. Connor is one captain, Logan is the other. If one guy goes down, then the other has to carry the load.”

Now, Motley is faced with the task of preparing for Northern Guilford on Tuesday night in Hillsborough without arguably the greatest player in school history.

“I don’t know anything about Northern Guilford right now,” said Motley immediately after Saturday night’s win. “So I have to do a lot of work to do.”

What changes with Crabtree out of the equation? For starters, the entire offensive setup.

Crabtree was Orange’s tallest player and their best ballhandler. He was a point guard and a post-up threat. Now, junior Mitch Portman will become the Panthers’ point guard, while Marquis Phelps likely takes Crabtree’s spot in the starting lineup.

HillsboroughSports.com will have live coverage of Orange-Northern Guilford on Tuesday night at 7.