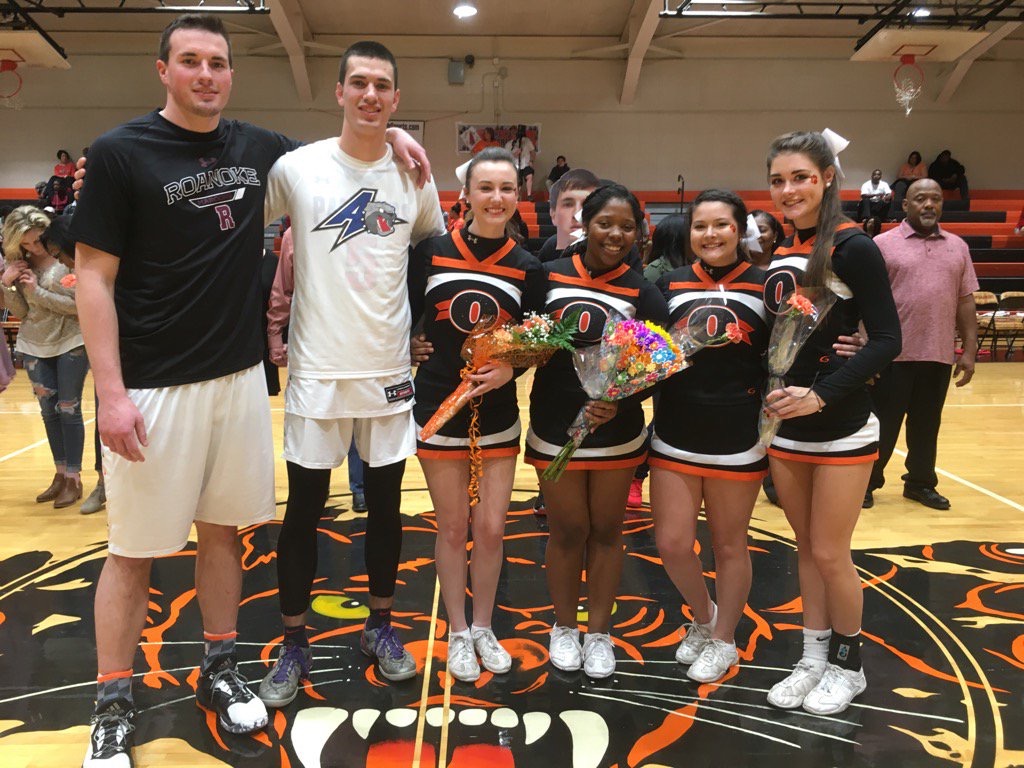 Apropos on senior night, it was Orange’s only two seniors who led the Panthers to its first outright conference championship since 2005.

Connor Crabtree and Logan Vosburg each had 18 to propel Orange past J.F. Webb 72-56 at a sultry Jim King Gymnasium on Tuesday night.

Orange finishes the regular season 18-5 and takes the Big 8 regular season championship with a 11-1 record. The Panthers will have a bye into the semifinals of next week’s Big 8 Tournament, and won’t play again until Wednesday against an opponent to be determined.

While eight days off sounds excessive, the Panthers could use the rest. Tuesday marked Orange’s seventh game in 14 days, which may explain the Panthers’ sluggish start against the Warriors (4-17, 2-9). Webb bounced out to a 20-15 lead after Kenneth Veney came off the bench to score nine points in the opening ten minutes. Kendall Baskett added eight in the first half for the Warriors, and finished with a team-high 12.

“We like to play fast,” said Orange Coach Greg Motley, who was honored in pregame for his 20th anniversary as Orange coach. “We were playing kind of slow. We tried to change defenses and picked up the tempo as the game went on. Down the stretch, I thought we opened it up a little bit.”

Orange used its patented full-course press to finish the first half on a 12-0 run, creating four turnovers that became eight points. It started when Vosburg scored on a reverse layup. Crabtree stole the subsequent inbounds pass, leading to a Mitch Portman tip-in to give Orange a 34-33 lead. As Orange pressed, Vosburg created another turnover, leading to a breakaway lay-in by Crabtree. Webb committed a 10-second violation on its next possession, and Veney picked up his third foul moments later. He only scored one point in the second half. Portman sank two free throws and Crabtree scored on a lay-in after another Orange steal to give the Panthers a 40-33.

Orange was never seriously threatened in the second half, pushing the lead to 60-40 midway through the fourth quarter. Portman finished with ten points, while Joey McMullin and Eli Haithcock each had eight.

Before the game, Vosburg received a commemorative game ball for scoring his 1,000th point last week.

Orange is assured the top seed for the Big 8 Conference going into the state playoffs, regardless of how the Big 8 Tournament plays out. Recent projections from WRAL show Orange will likely receive the #1 seed for the Mideast, meaning Orange will host playoff games as long as they keep winning.

For now, Orange has eight days off, which Motley views as a blessing and a curse. How will he handle it?

“I don’t know,” said Motley. “We don’t want to be off that long, I’ll put it that way. At the same time, hopefully it will let us rest a little bit. Logan and Connor play a bunch of minutes.”