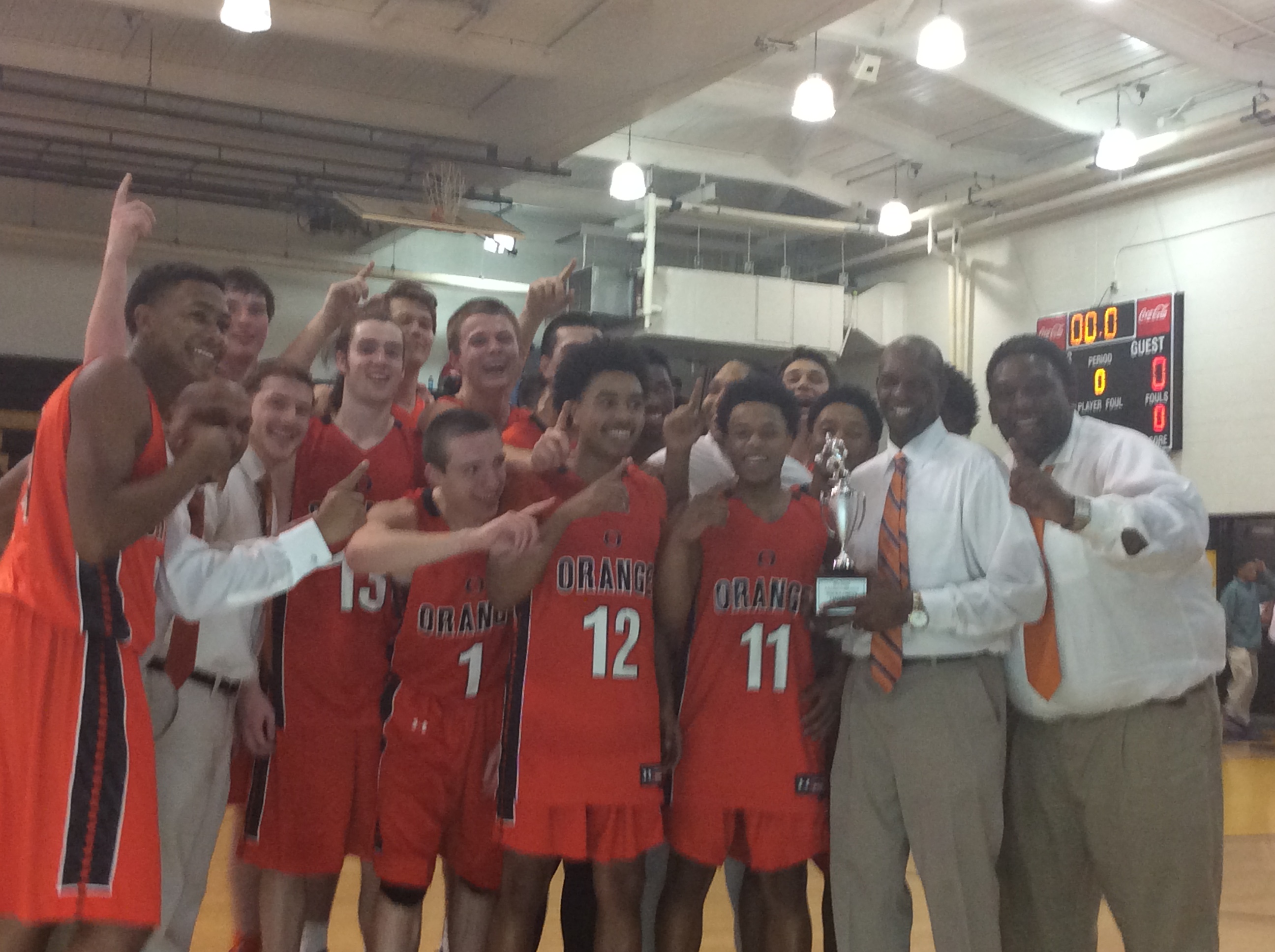 Most years, high school basketball nerds sit around on the final night of the regular season trying to figure out tiebreakers, wait for Maxpreps to update scores from around the state, and wonder if coaches will ever return text messages in order to get that darned final score from Oxford that will determine 4th place from 5th in the Big 8 Conference.

This year, the nerds slept easy.

By the end of Tuesday night, the field for the Big 8 Boys and Girls Basketball Tournament had already been set.

In both the boys and girls ranks, Orange captured the regular season championship. Thus, both teams will get a bye into the semifinals.

In the boys tournament, second-seeded Southern Durham (10-2) hosts seventh-seeded Northwood (2-10) at 7:30. The winner faces the matchup between #3 Chapel Hill (8-3, with one game against Northern Vance set for Saturday) vs. sixth-seeded J.F. Webb (2-10, earned the tiebreaker by sweeping Northwood) on Wednesday night.

In the girls tournament, second-seeded Northwood (10-2) hosts Northern Vance (0-10) on Monday night at 7. The winner of that game will face the winner of the second quarterfinal between third-seeded Southern Durham (7-4) and sixth-seeded Chapel Hill (1-10) at 6 PM.

The other quarterfinal features J.F. Webb (6-6) hosting Cedar Ridge (5-7). The victor travels to Orange for Monday night’s semifinal at 6 PM.

The Chapel Hill-Southern Durham game may be a milestone. There’s been speculation that Chapel Hill coach Sherry Norris, who has led the Tigers girls squad for 40 years, may retire at year’s end. Norris has yet to make an official announcement.

Northern Vance may be fatigued against Cedar Ridge by the time Monday rolls around. The Vikings have a Saturday game at Chapel Hill, which was postponed from last week because of the water main break in the Chapel Hill-Carrboro area. That will conclude a stretch of four games in five days. NVHS defeated Northwood 68-55 in Pittsboro on Tuesday, knocked off J.F. Webb 64-55 on Thursday and lost to Southern Durham 82-59 on Friday night.

Cedar Ridge and Northern Vance split the season series. The Red Wolves defeated the Vikings 39-36 on December 13. The Vikings routed CRHS 68-52 on January 20.

The Cedar Ridge girls team defeated J.F. Webb 45-43 on February 3 in Hillsborough behind 22 points from Carrie Davis. Webb captured the first matchup against CRHS 32-23 on January 25.

You can hear Cedar Ridge vs. Northern Vance boys on Monday night here on HillsboroughSports.com.