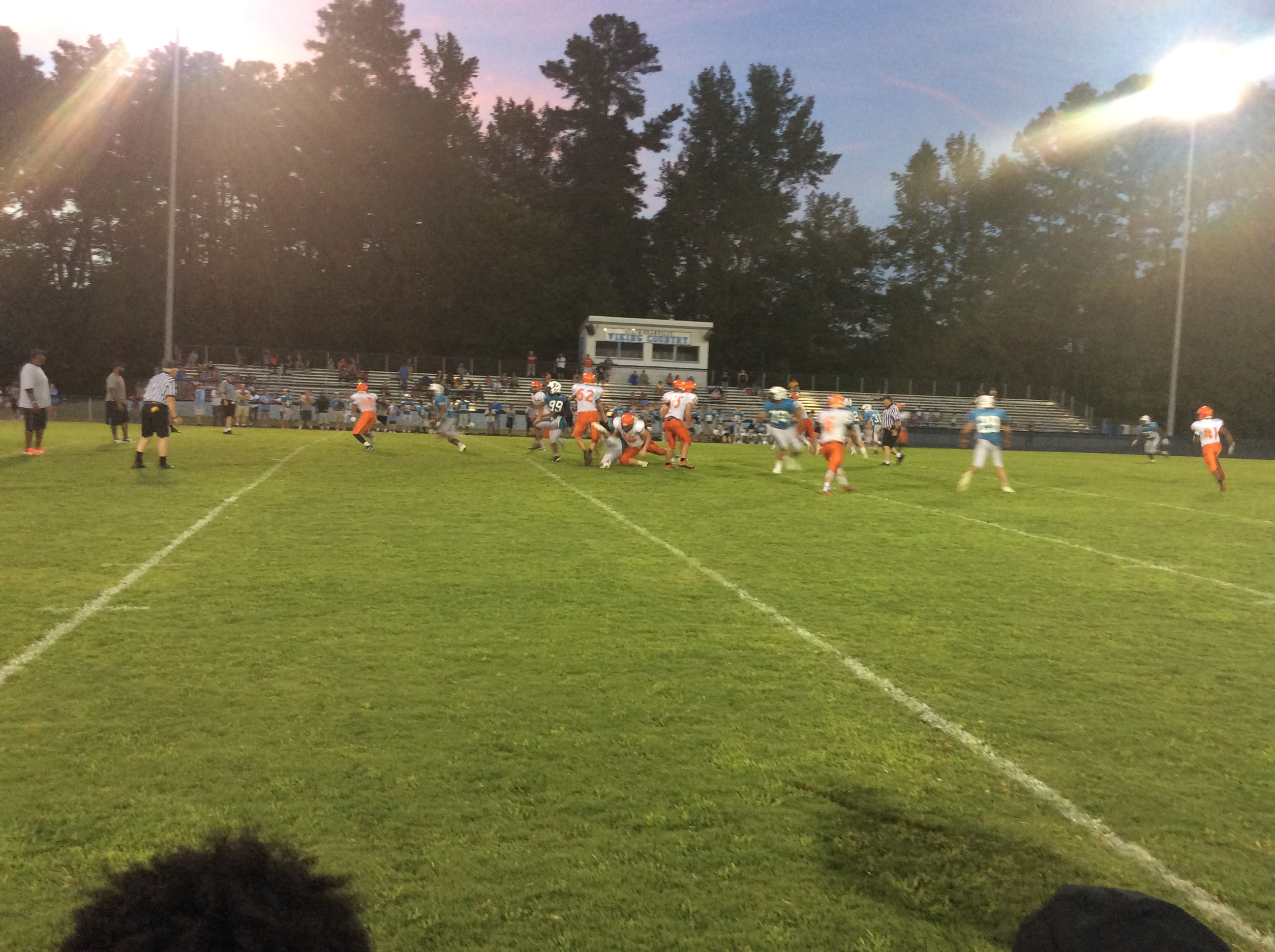 Kendall Whitted caught a touchdown pass while Ryan Sellers recovered two fumbles as Orange out scored South Granville two touchdowns to one in a 40-play scrimmage on Wednesday night in Creedmoor.

“Kendall can run and he has good hands as well,” said Coach Pat Moser. “He had a good inter squad scrimmage Saturday. We have good receivers. We just have to get them the ball.”

Payton Wilson also caught a long pass from starting quarterback Jackson Schmid and was downed at the one-yard line during one 10-play segment.

The scrimmage was divided into four 10-play segments for each team. The Vikings, under returning head coach Mike Hobgood after a brief tenure  at Leesville Road for one season, scored during the team’s 3rd segment. However, earlier in the sequence, Ryan Sellers recovered a fumble caused off a hard hit by linebacker Milton Purcell.

Schmid, Rodney Brooks and Brendan Huss all received time at quarterback. Cates threw Orange’s 2nd touchdown, a spiral to Cody Evans for a 63-yard hookup, the longest play of the night.

Coming off an inter squad scrimmage on Saturday, Coach Pat Moser said the biggest point of concern was the offensive lineman, which constantly revolved players at various positions. New center Tyson Wolter was the only one who stayed in the same spot the entire game. Former center Blake Taylor flipped from right tackle to left tackle regularly, as did first-year varsity tackle Brandon Carden.

“The offensive line is our biggest concern right now,” said Moser. “And it always is at this time of the year. They have to get their sea legs, so to speak. The speed of the game is something you can’t match in practice. When we’re blocking against tackling dummies or such…when we get in actual gameplay, it’s a shock to their system a little bit.”

The heralded return of Devondrez Moore, who returned to Orange last season after transferring to Northern Durham (though not in time to play), was worth waiting for. He made three tackles for loss.

Orange will have its final scrimmage of the season on Friday night against Eastern Alamance at Auman Stadium. They travel to Person for the season opener August 19th.