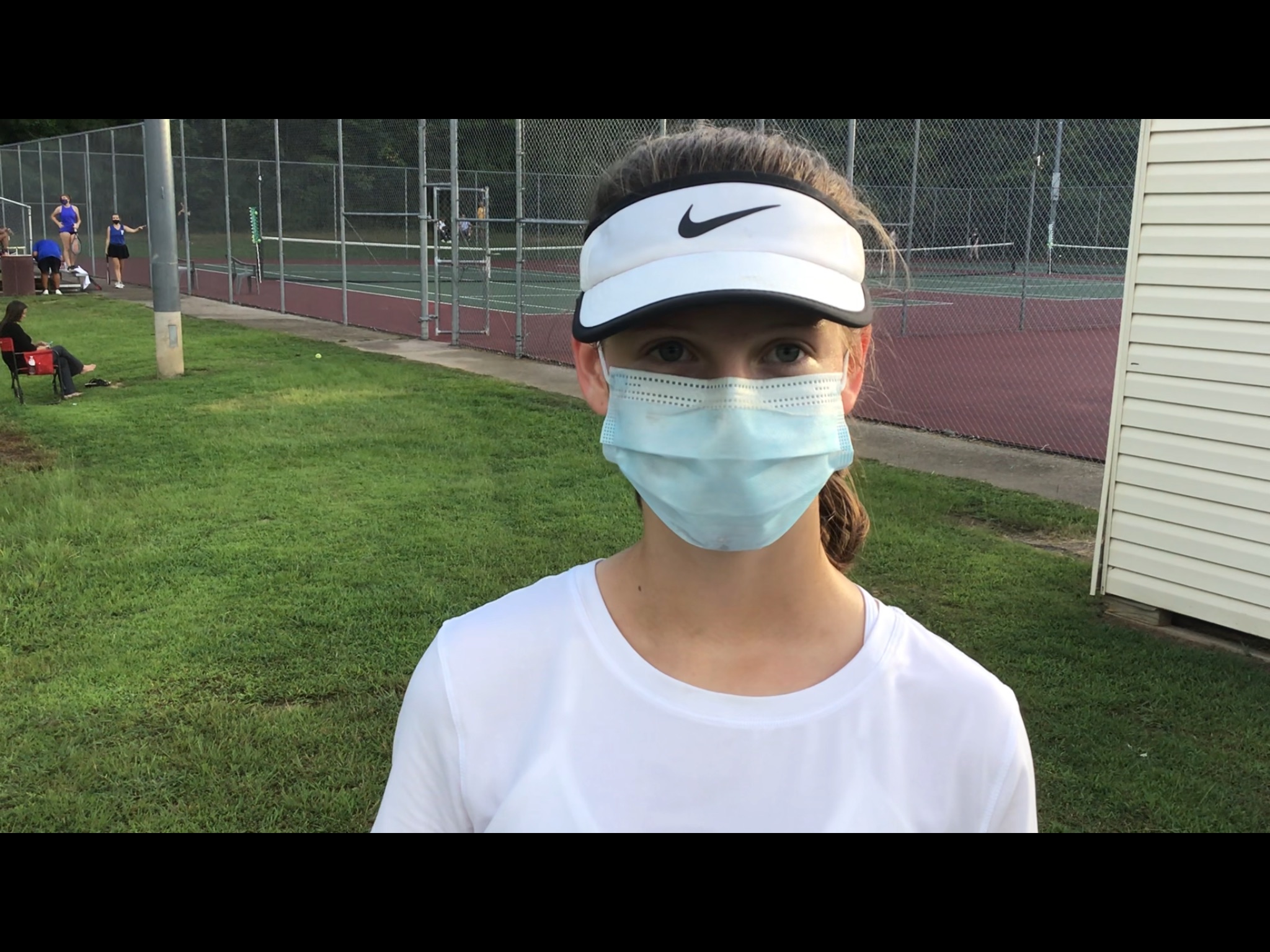 This week’s Cedar Ridge Red Wolf of the Week is freshman tennis player Ella Caltabiano. Last week in her first varsity match, Caltabiano defeated Voyager Academy’s Karli McKenna 8-5 at #4 singles. Later in the day, Caltabiano found herself playing at #3 doubles in a match that would determine who would win the season-opener. Caltabiano teamed with Reagan Simmons to defeat Shea Dixon & Fiorella Cendeno 8-3 as Cedar Ridge won the dual match 5-4. On Monday, Caltabiano won her singles match over Kalei Stephens of Person 8-0 as the Red Wolves won 7-2. It was the first sports event where Cedar Ridge competed in the new Central Carolina Conference. Caltabiano didn’t start seriously playing tennis until just a few years ago, but is one of the young stars of a Cedar Ridge team that hopes to makn impact under head coach Steve Mayhew. Caltabiano and the rest of the Red Wolves will return to action on Wednesday when they travel to Northwood. The Red Wolves are 2-0, 1-0 in the CCC.