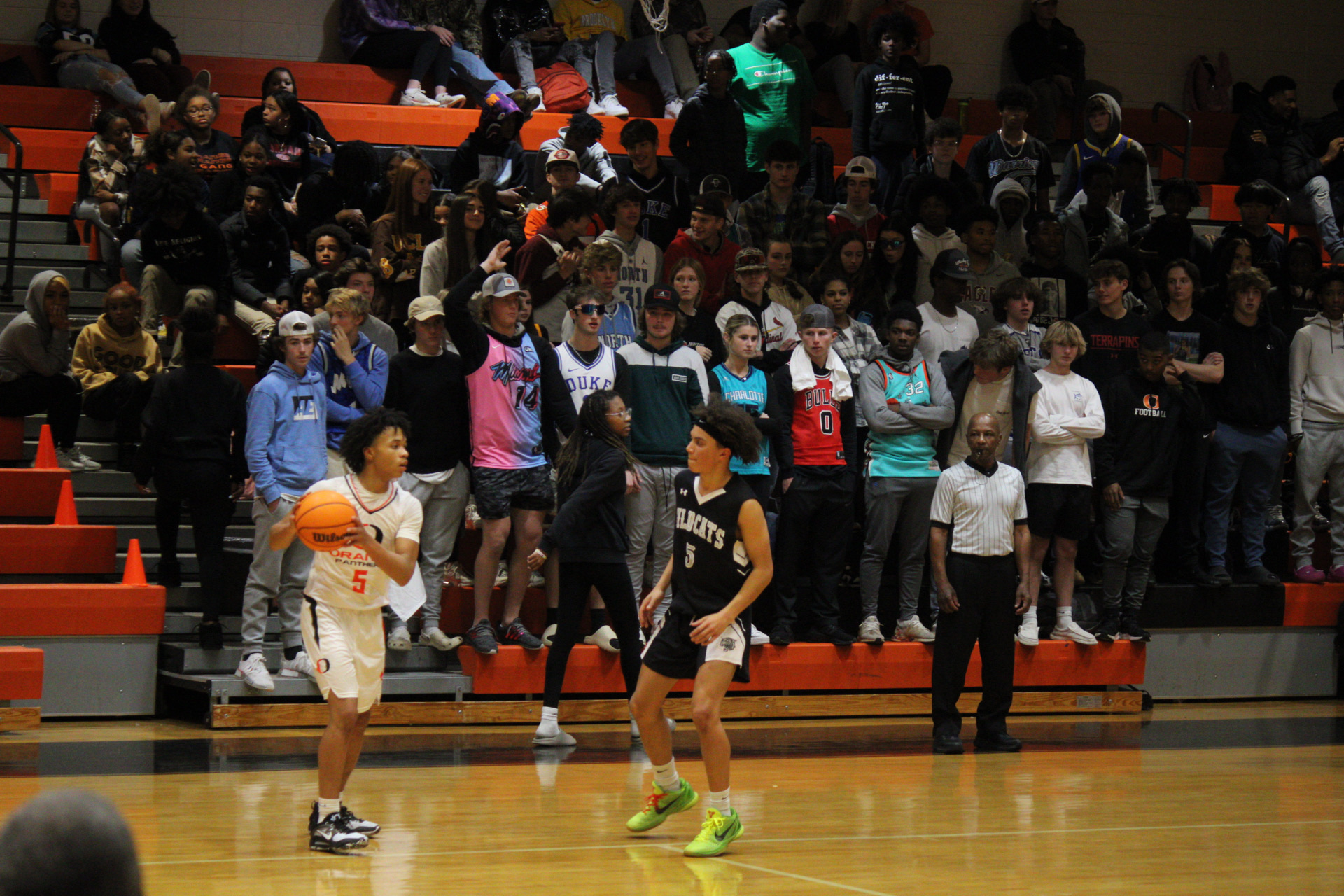 When the Orange men’s basketball team takes the floor tonight against Western Alamance in Hillsborough, it will have been exactly one month since they played a home game.

Since then, they’ve nearly won the South Granville Holiday Tournament, but wound up finishing fourth. They defeated their crosstown rival, won at Eastern Alamance for the first time since the 1980s and finished the first half of its Central Carolina Conference schedule with a 4-2 record.

Now, as Orange prepares for its final seven games of its regular season, they stand a chance to end several streaks that have dragged on for years.

For starters, the Panthers haven’t hosted a postseason tournament game since 2017, when they faced Northern Guilford in the NCHSAA 3A State Playoff quarterfinals. The Panthers, 72 hours removed from losing star forward Connor Crabtree to a broken ankle when he came down wrong on a rebound against Triton, lost to the Nighthawks and haven’t sniffed the state playoff since.

Orange’s RPI is currently #17 among 3A East Region teams. That puts the Panthers firmly in the playoffs. They’re right on the borderline to host a game in the opening round of the state playoffs.

Midway through the CCC slate, the race in the conference appears to be for second place. Northwood, the defending conference champions, is ranked #1 in the 3A East Region and sits atop the CCC with a 6-0 record. The Chargers closest game in the first half of the league schedule was against Eastern Alamance–a 47-31 Chargers win in Pittsboro on January 13.

Orange finds themselves tied for second place with Williams and Person with a 4-2 league record. It comes after the Bulldogs upset the Rockets 59-54 in Burlington on Tuesday night.

For a squad that regularly plays three freshmen, Orange has shown remarkable poise while playing almost exclusively road games thus far in the CCC. In its first trip through the CCC, six of Orange’s seven games were road trips. The most recent, a 67-56 win over Eastern Alamance, featured freshman Coleman Cloer scoring 28 points.

The other end of that coin is the Panthers have six of its final seven games at home. The Panthers start a four-game homestead tonight against the Warriors. Orange’s only remaining road game for the remainder of the regular season is against Northwood.

For the first time in six years, Orange will take the floor tonight for a January game with postseason implications. So are the Panthers exactly where they want to be?

According to Britt, the answer is no.

“We wanted to win the South Granville tournament,” Britt said. “We thought, and still do, that we can compete for a conference championship. That was the mission all along. So we’re still hungry. We’re still striving for something.”

Along with Cloer, freshman Kai Wade has started every game for the Panthers. Wade is Orange’s third-leading scorer with 10.9 points per game. He’s also second with 2.4 assists per game.

Sophomore Xandrell Pennix, who was called up to the varsity as a freshman last January, is second on the squad averaging 11.5 points per game.

Junior Ryan Honeycutt, in his first varsity season, leads the team with seven rebounds per game.