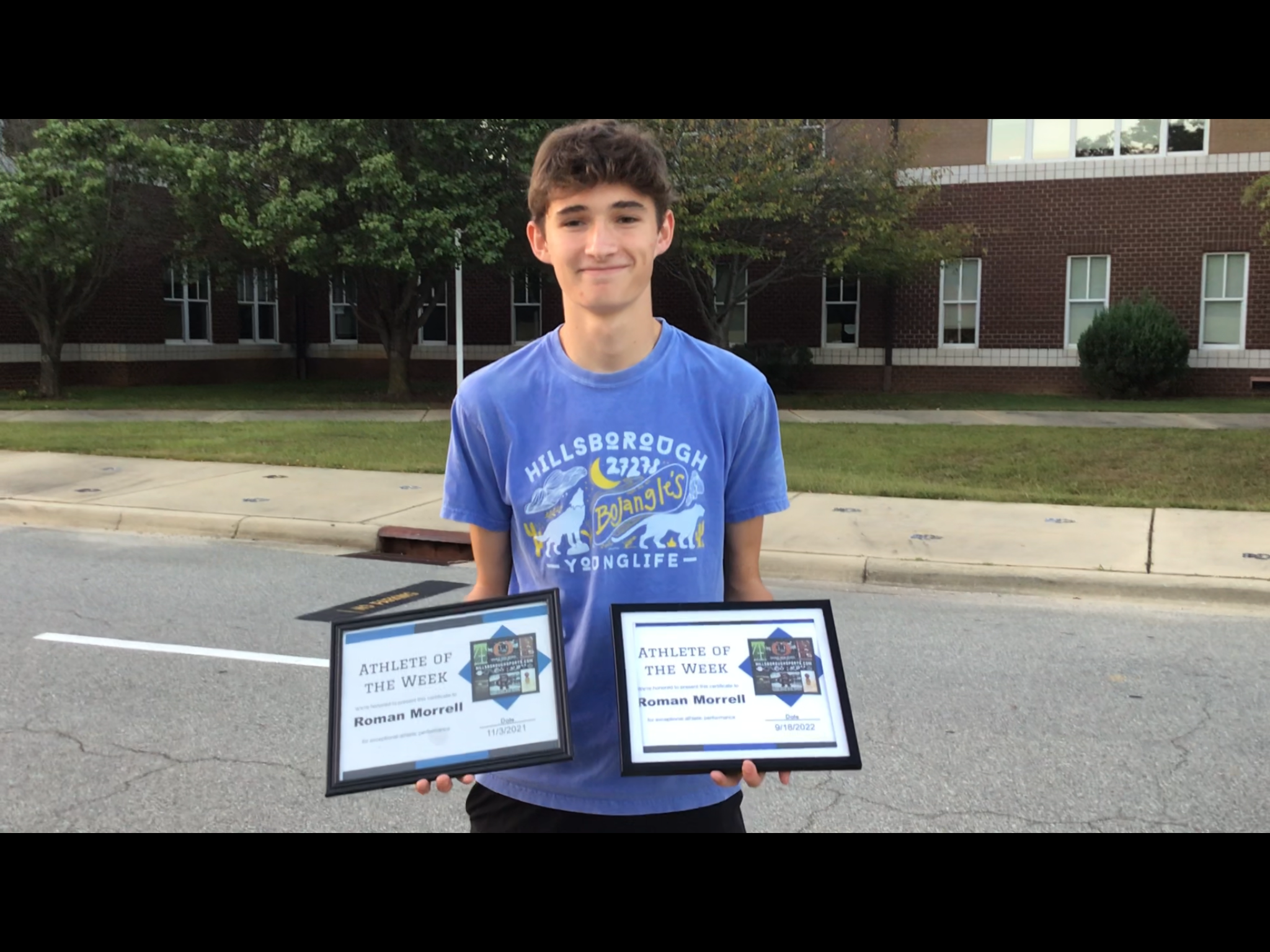 This week’s Cedar Ridge Red Wolf of the Week is senior cross country runner Roman Morrell. Already this season, Morrell has two first-place finishes. On August 27, Morrell won the Ronald Horton Cross Country Classic at Northwood High School, beating out 19 other competitors. On September 13, Morrell finished first in a twi-meet against Walter Williams and Northwood. It propelled the Red Wolves team to a victory. Morrell are to North Carolina from New Hampshire. Last year, he ran in the 3A State Championships in Kernersville, where he came in 26th. Morrell had a top-10 finish in the 2021 3A Mideast Regionals, where he finished ninth. In addition to cross country, Morrell also competed in the 800, 1,600 and 3,200 meters in outdoor track & field, where he qualified for the Mideast Regionals. Earlier this year, Morrell finished 2nd in the Early Bird Challenge at WakeMed Soccer Park in a field that included 178 other runners. Last Saturday, Morrell finished 2nd in the 38th annual Greensboro Cross Country Invitational at Hagan Stone Park in Pleasant Garden.