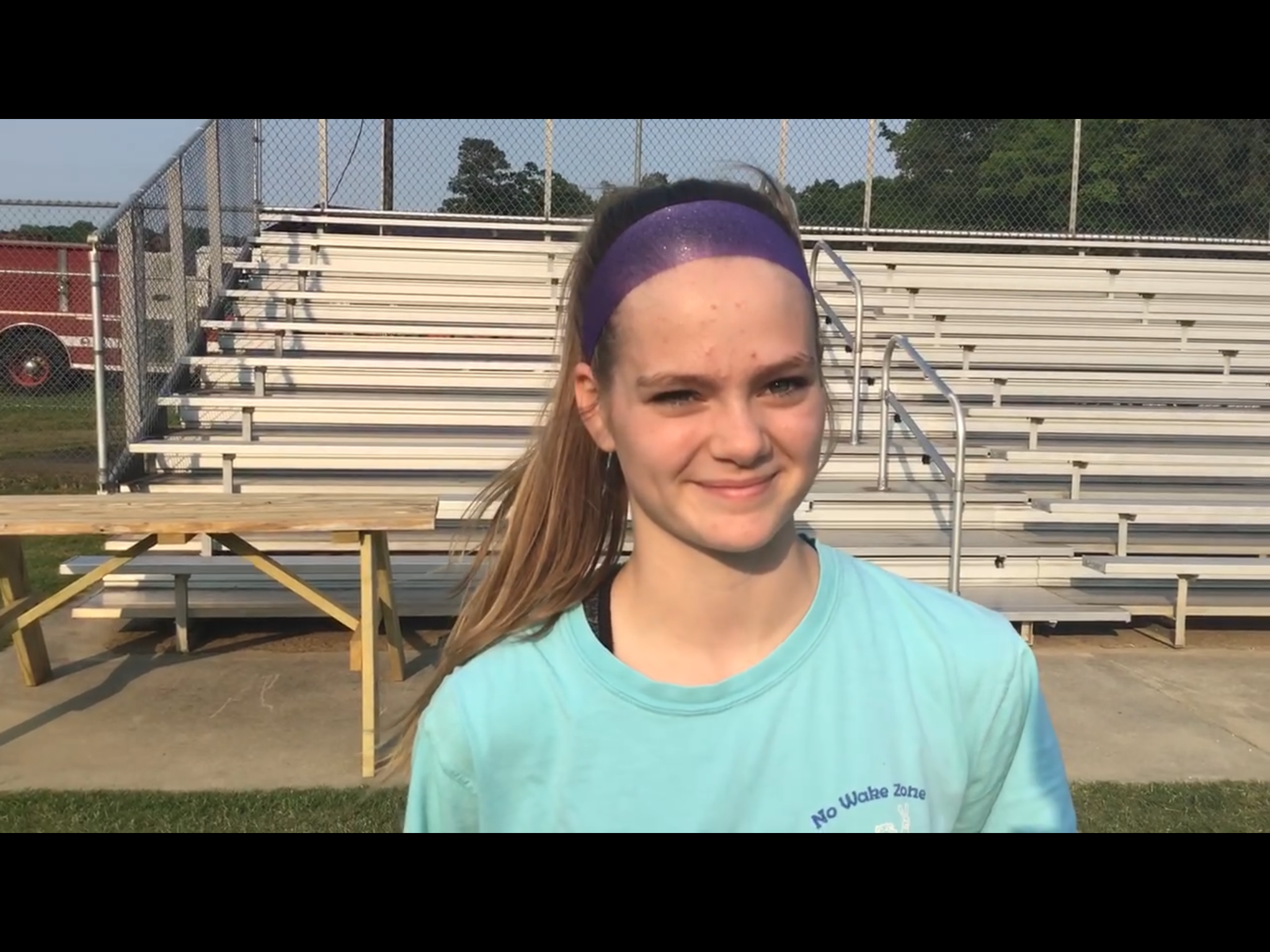 This week’s Orange Panther of the Week is freshman soccer striker Elliana Sullivan Gaddy. Last week, the Orange soccer team won two state playoff games for the first time in the 34-year history of the team. On Monday night, Orange stunned Harnett Central 5-3 in Angier. Sullivan Gaddy scored two goals and assisted on another goal. On Wednesday night, Orange defeated Cape Fear 5-2 in Fayetteville to reach the round of 16 in the state playoffs for the first time ever. Sullivan Gaddy scored the game-winning goal in the second half when she broke up a pass back to Cape Fear’s goalkeeper and tucked the ball away into an empty net. It was Orange’s seventh road win. Sullivan Gaddy is the leading scorer for Orange with 12 goals and 28 points. On April 25, Sullivan Gaddy scored a goal and two assists in Orange’s 5-0 win at Walter Williams in Burlington. She had a four-game goal scoring streak starting against Williams. It continued against Cedar Ridge on April 27. During that span, Orange won four consecutive games. Sullivan Gaddy, Bella Brown and Isabel Jones have added up to a strong forward combination for Orange, which has propelled them to the strongest postseason run in team history. The Lady Panthers will journey to Burlington tonight to face Walter Williams in the 3rd round of the 3A State Playoffs.