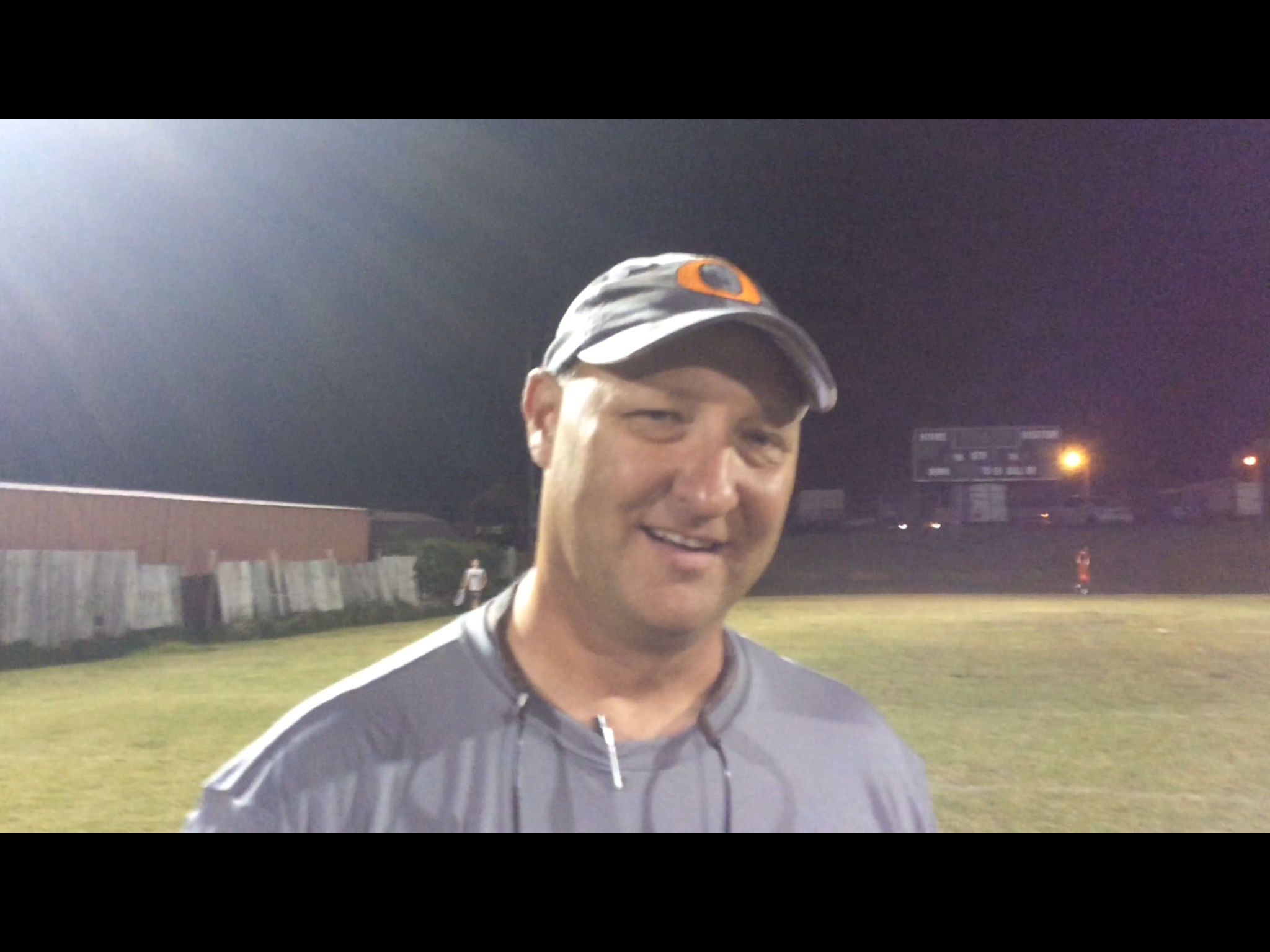 For someone who coached the hardest nosed defenses in school history, Orange football coach Van Smith is quick with a light-hearted line.

Even while officially closing a chapter of his life that spanned nearly 14 years, Smith still cracks wise.

“Me and Mike Krzyzewski realized it was just our time and we’re going out together,” Smith, an ardent UNC fan, joked last week.

After five seasons as head coach, Smith informed his team that he would step down as head coach earlier this month. In June, he will officially retire as a teacher at Orange, where he presides over U.S. History courses.

When Orange’s season ended last October in a loss to Eastern Alamance, Smith didn’t know his career was over. It wasn’t a serious consideration until about six weeks ago.

“30 years is enough for anybody,” Smith said. “I’ve been going back and forth about it. It wasn’t until late January when I found out if I had enough time to retire. I talked with my family a lot and I couldn’t really decide what to do. I met with someone to determine where I was with my retirement. He gave me some options and I asked ‘If I decide to retire this year, when would I need to make up my mind?’ He said March.”

On the morning of March 1, after laboring over it with his wife Kathy and daughters Reagan and Kennedy, Smith told Orange Principal Jason Johnson and Athletic Director Mike McCauley of his decision so they would have time to find a replacement before spring practice started. He informed his assistants and the rest of the team later that day.

“I still love what I do,” Smith said. “I was pleasantly surprised that I could retire now instead of waiting a year or two. I was confronted with reality. So it happened in a whirlwind.”

After graduating from Elon University, Smith spent 16 years as an assistant coach at Graham High under head coach Pat Moser, starting in 1993. After a regional championship in 1999, the Red Devils won the 1-A State Championship over Northside in 2000 at Kenan Stadium in Chapel Hill. Moser retired after the 2004 season amid health concerns and spent time as a radio analyst.

In 2009, Moser, after losing substantial weight, returned to coaching at Orange, where he replaced Dickie Schock. Moser, Smith and McCauley would lead a resurrection of the Orange football program, which had only one winning season between 1993-2009.

Smith was the defensive coordinator of the Panthers for seven seasons under Moser. In that time, the Panthers won two consecutive Big 8 Conference championships, had five straight 10-win seasons. The Panthers hosted a state playoff game inside Auman Stadium for six consecutive seasons. From 2012-2017, Orange won 21 straight nonconference regular season games. In 2013, they defeated Northern Durham for the first time since 1968.

Moser’s final team at Orange was his best one, possibly better than his state title team in Graham. The Panthers went 11-0 for its first undefeated regular season since 1978. After losing to archival Southern Durham in five straight games (twice in the playoffs in 2014 & 2015), the Panthers throttled the Spartans 49-7 inside Spartan Stadium en route to the conference title. Smith’s defense was led by linebacker Payton Wilson (now at N.C. State), defensive end Stone Edwards (who played one season at Vanderbilt), linebacker Keyshawn Thompson (who led Campbell in tackles last season) and safety Rodney Brooks (who went on to Livingstone). Orange’s defense gave up only three touchdowns in eleven regular season games.

“If I had a gun to my head, I’d say that was the best defense I ever coached,” Smith said. “We had some great ones at Graham High School, but that Orange defense gave up 3.3 points per game. That was a fun group to work with.”

Moser retired after the 2016 season, which ended with a loss to Havelock in the second round of the 3A State Playoffs. Smith replaced him as head coach and won the Big 8 Championship in 2017. The Panthers defeated Hillside 31-20 on October 15, 2017 to end the Hornets’ 48-game conference winning streak. Late in that game, Orange running back Marvante Beasley suffered a hit that ended his career, leading to a touching and memorable scene of Hillside and Orange players kneeling in prayer together as Beasley was loaded onto an ambulance.

The following week in a victory at Cedar Ridge, Wilson tore his ACL on the opening kickoff, ending his season. The Panthers finished the season with a win over Chapel Hill to complete the conference championship, but the talent level was never as high again under Smith.

In the weeks since he announced his retirement, Smith hasn’t reflected on the championships over 30 years, though they’re memorable. It’s the relationships that come first in his mind.

“It’s funny how, at the end of the line, it seems to be true that the most important thing is the relationships you build along the way,” Smith said. “I haven’t really thought a lot about big games or big wins. I think about the great players we’ve had and the great coaches we’ve had. Even coaches we’ve gone against.”

In 2019, Smith was an assistant on the East/West All-Star Game, which included Orange linebacker Colin Guentensberger, now a walk-on at Appalachian State. Smith was recommended as an assistant by Wilmington Hoggard head coach Craig Underwood.

After this academic year ends, Smith will have more time for his daughter’s dance recitals. He recently traveled to Rockingham for one. He’ll also forever be a football fan. He’s awaiting the start of the revamped United States Football League for something to watch this spring, though he’ll probably find time to check out his former linebacker, Bryse Wilson, pitch for the Pittsburgh Pirates now that Major League Baseball will have a standard 162-game season.

Could Smith return to coaching? It would only seem natural. After all, Moser, the man who Smith worked alongside for 14 years, retired and returned

In fact, not even Smith’s wife is sure he’ll stay retired.

“I’m certainly not going to rule it out,” Smith said. “I mentioned it to my wife, who gave me a heavy eye roll. Though, as of right now, that’s not in the plans.”

Now, Smith will look to join the Lawn Chair Club, a group of former Orange coaches and players who watches games underneath a bank of lights along the visitor’s end of the stadium at Auman Stadium. Naturally, Moser leads the group.

Next season, he’ll have familiar company.