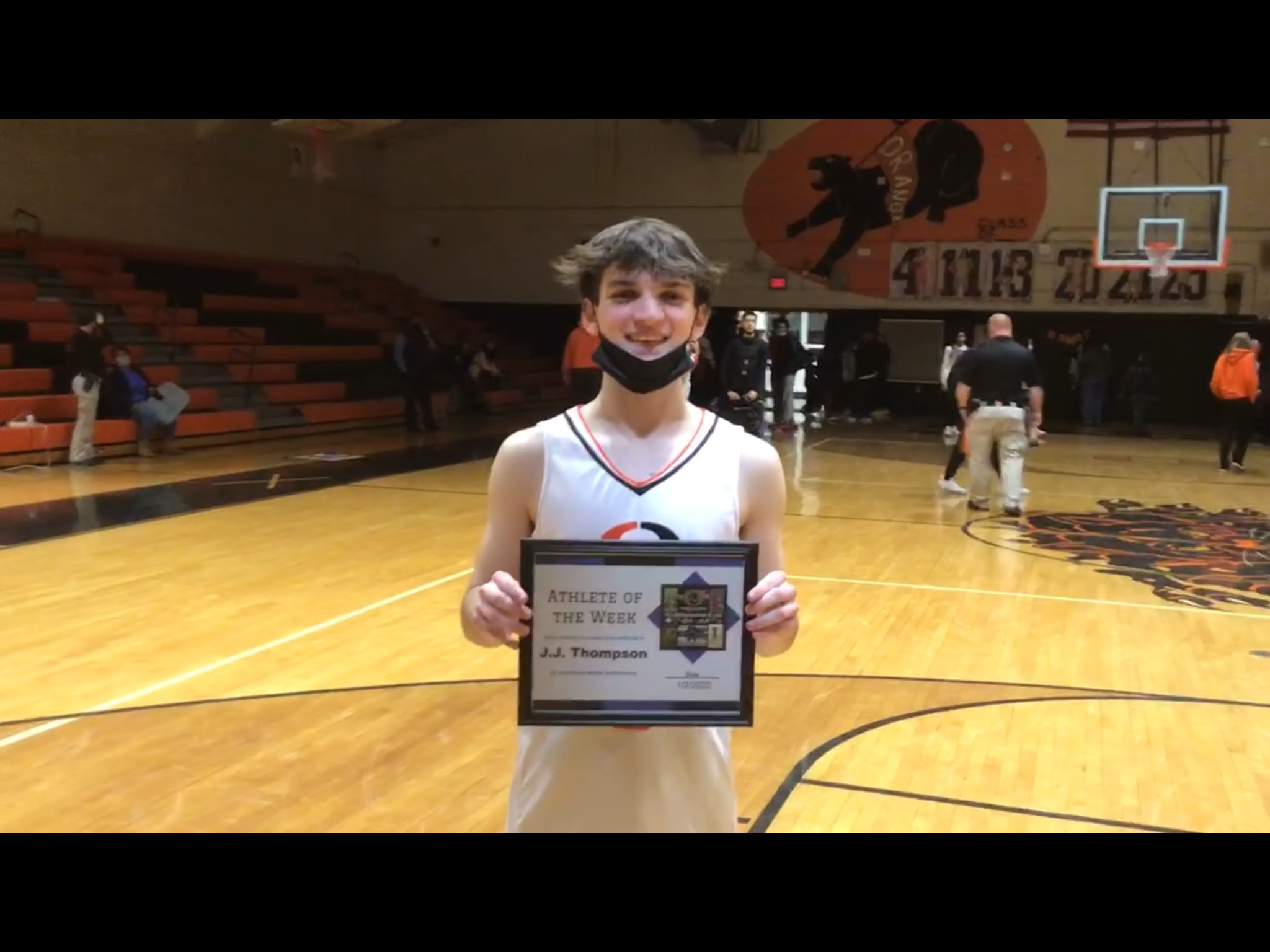 This week’s Orange Panther of the Week is senior point guard J.J. Thompson. On December 30, Thompson scored a career-high 27 points as the Panthers defeated Granville Central 67-58 in the third place game of the South Granville Holiday Invitational in Creedmoor. Thompson shot 8-of-13 from 3-point range as the Panthers put together a complete performance to defeat Granville Central for the third straight time. Thompson has been the senior starting point guard for the Orange men’s basketball team the past three seasons. This year, he started all 22 games for the Panthers. He had a season-high six assists against Person on February 1 in Roxboro. The son of Shayne and Tracy Thompson, who met at and graduated from Orange High School, J.J. Played his final game for Orange last week in the semifinals of the Central Carolina Conference Tournament. Last Monday, Thompson started at point guard as Orange defeated Western Alamance, the Panthers’ first postseason tournament win since 2017.