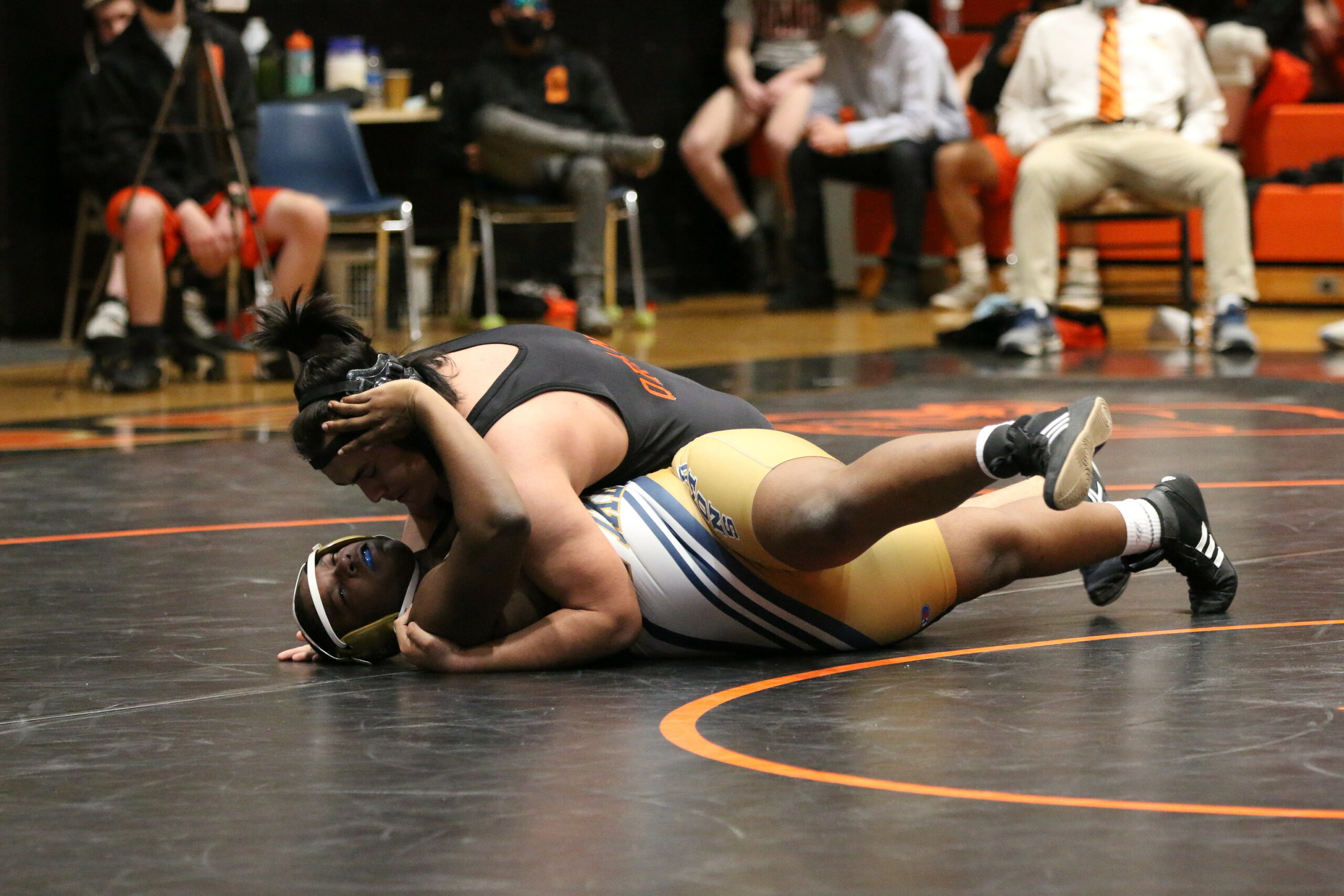 Compared to its state and regional championship teams of the past, this isn’t the most experienced Orange wrestling team.

But the veterans the Panthers do have came through when it mattered most en route to its first appearance in the state quarterfinals since 2018.

On Monday night, Orange defeated Wilson Fike 51-24 in the 2nd round of the 3A State Dual Team Wrestling Tournament at Orange High Gymnasium. The Panthers (18-3) will host the Regional Semifinals and the Eastern Regional championship on Wednesday night.

“This senior class, this is the furthest they’ve made it since they’ve been here,” said Orange wrestling coach Spenser Poteat. “We’re excited for those guys. We’re going to keep pushing and see what happens.”

Earlier on Monday, the Panthers defeated Northwood 45-27 for the second time this season. Orange, the champions of the Central Carolina Conference, jumped out to a 39-3 lead against the Chargers after a pin by Jared Hutchins at 132 pounds, which sewed up the team victory.

On the adjacent mat, Fike, the champions of the Quad County Conference, defeated Southern Nash 42-35 in the opening round.

Fike’s Desaun Avent opened with a stunning victory over Orange’s Elijah Acosta at 220 pounds. Acosta, who leads Orange with 27 victories this year, led for most of the match after Avent was penalized a point in the first period for an illegal hold. With Acosta ahead 3-2, Avent scored a double leg takedown with 19 seconds remaining, then prevented Acosta from escaping and literally held on to win 4-3. It was only the third loss of the season for Acosta.

Orange didn’t stay down for long. At heavyweight, Hugo Vazquez pinned Hartley Warren in 34 seconds. Vazquez, who earned a forfeit victory over Northwood earlier on the night, improved to 22-6 with 13 pins.

“Hugo’s shown tremendous improvement,” Poteat said. “Elijah beat him out at 220 pounds this year, so Hugo’s at heavyweight now and working really hard.”

After Orange’s Adrain Sierra picked up a forfeit victory at 106 pounds, Fike squared the match after consecutive victories. At 113 pounds, the Demons’ Harlee Allen notched a quick pin. At 120 pounds, Fike’s Andrew Woodard and Orange’s Braden Crawford had a wild match where Woodard led 4-0 early in the second period. Crawford notched a sudden reversal late and Woodard spent the final 20 seconds of the frame fighting off his back to avoid getting pinned. With Woodard’s shoulders nearly on the mat, the clock finally ran out and Crawford notched two points for the reversal and three back points to take a 5-4 lead.

Woodard picked up a point at the end of the second period, then scored a takedown with 1:01 remaining to earn the decision win 7-5.

With the dual match even 12-12, Orange took four of the next five matches via pinfall, and no one worked by the hour. Junior Dillon Heffernan, who has started since his freshman season, pinned Zach Turner in 17 seconds. Heffernan is 26-6 with 15 pins this season.

At 132 pounds, Jared Hutchins pinned Fike’s Aaron Morrell in 28 seconds. After Fike’s Barrett Klutely earned his own quick pin in 25 seconds, the Panthers got another fast victory when senior Avery Clark pinned Jackson Davis in 1:07. Clark needed just 12 seconds to get the opening takedown, but action was immediately stopped after he came up with a bloody nose. Clark completed the match with nose plugs in each of his nostrils.

“He did very well,” Poteat said. “He’s another one of our seniors and he’s worked very hard, as well. We look forward to see him competing on Wednesday.”

With Orange leading 30-18, the Panthers Samuel Crawford pinned Benjamin Whitener in 20 seconds. After Fike’s Jacob Farmer got a pin at 1:31, Panther senior Nate Hecht wrapped up the dual match win with a pin over Jessie Mitchell in 1:24. Hecht, a starter for four years, earned his 17th win of the season and his tenth pin.

Orange senior Brendon Worsham pinned Landon Penny at 182 pounds. In the final match of the night, the Panthers’ Acoya Isley held off Justin Bullock 13-6 at 195.

In Orange’s win over Northwood, Isley started the dual match with a victory over Isaac Laccone via pinfall in 1:01. At 220 pounds, Acosta defeated Northwood’s Jake Dunning 5-2. Vazquez and Sierra earned forfeit wins at heavyweight and 106 pounds, respectively.

Hutchins pinned Asher Rockrier in 2:26 to earn the dual match win for Orange. Worsham ended the dual match by pinning Ryan Brinker at 182 pounds in 2:57.