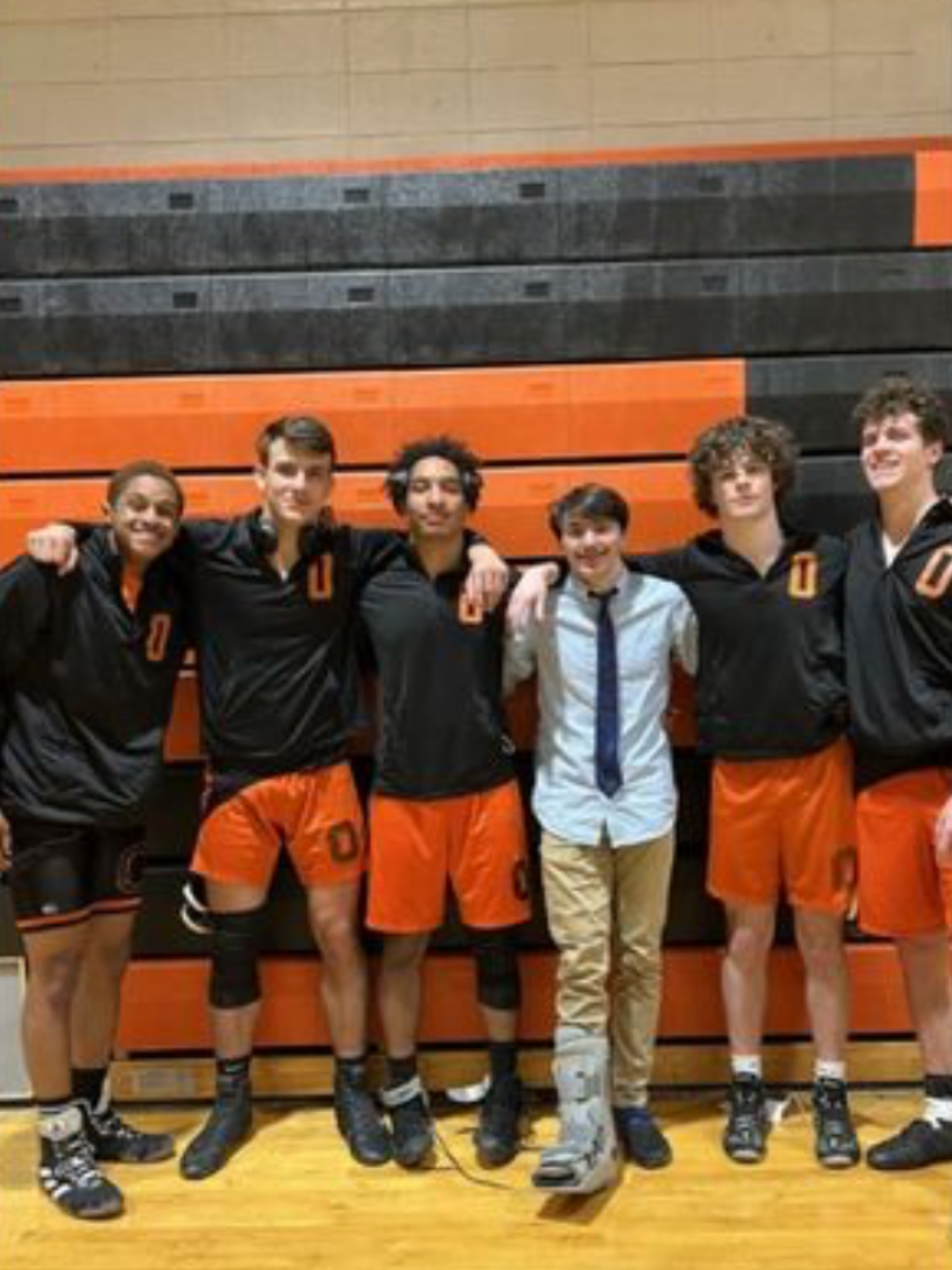 Now, the Panthers have added the Central Carolina Conference championship to its collection.

Orange, which had already clinched a playoff spot in the 3A State Dual Team wrestling championships, completed an undefeated run through the Central Carolina Conference with a 64-18 victory over Eastern Alamance at Panther Gymnasium on Tuesday night. Orange finished 6-0 in the CCC and is 15-3 overall this season.

It is Orange’s 18th conference championship in the last 19 years.

The Panthers will be the #1 seed for the 3A State Dual Team Wrestling championships, which will start on Monday at a location to be determined. The official playoff bracket will be released on Friday. Northwood will take the second automatic playoff spot from the Central Carolina Conference.

The match was also senior night for Brendon Worsham, Nathan Hecht, Avery Clark, Jaylyn Roberson, Miles Adams and Chase Howard. Worsham, who won the 182-pound championship at the Quentin Crosby championship earlier this month, was a starting linebacker and punt returner for the Orange football team. Hecht, a three-year starter in wrestling, was also a defensive end and fullback in football.

Since the season started in November, the strength of Orange’s team has been the heavier weight classes, which is exactly where Tuesday’s match started. Hecht opened the night by pinning Eastern Alamance’s Wyatt Facuette in 38 seconds at 170 pounds. Hecht improved to 15-7 with nine pins this season. As a sophomore, Hecht won 30 matches and very well could have had 100 for his career if his junior season had not been limited by the pandemic.

Worsham, at 182 pounds, pinned Jackson Fulcher in 22 seconds to increase Orange’s lead to 12-0. Worsham is 24-5 with 16 pins this year. In June, he qualified for the 3A State Championships after a runner-up finish in the Mideast Regionals.

At 195 pounds, junior Acoya Isley pinned Hakim Thompson is 24 seconds. Isley, who is in his first year as a starter, upped his record to 19-4 with 14 pins. He has already captured the Jim King/Orange Invitational and Quentin Crosby Championships this season.

Elijah Acosta scored another Orange pin at 220 pounds, finishing off Jett Giovani in 36 seconds. Acosta, whose father Mike was a member of a PAC-6 Conference championship team under legendary head coach Bobby Shriner, leads Orange with 25 wins and 17 pins this season. His overall record is 25-2.

With Orange leading 24-0, the Panthers increased its lead after Adrian Sierra claimed a forfeit victory, his tenth of the season. At 113 pounds, Kale Womble pinned Kaitlyn Watson in 44 seconds. Womble, who won two Orange Person Athletic Conference championships at Orange Middle School (back when it was known as Stanford Middle School), is 15-8 with ten pins this season. Womble’s pin ensured the dual match victory for the Panthers.

At 120 pounds, Braden Crawford earned a major decision over Willfen Lopez 12-4 to put Orange ahead 40-0.

Junior Dillon Heffernan, at 126 pounds, notched another pin with a victory over Mason Tanner in 4:37. Heffernan improved to 23-6 with 13 pins.

In what will likely be his final match at Orange, senior Avery Clark pinned the Eagles’ Jahzion Patterson in 22 seconds. Clark earned his 18th win this season and his 12th pin.

Eastern Alamance’s Ivan Benitez earned a pin at 138 pounds. Damien Beaver (152) and Julian Rodriguez (160) also had pins for the Eagles.

In the extra matches, Orange’s Daisy Lopez Sanchez competed. On December 30, during the West Stanly Duals in Oakboro, Sanchez earned a forfeit victory at 113 pounds as Orange defeated West Stanly 64-18. Sanchez became the first female wrestler at Orange to win a varsity match.