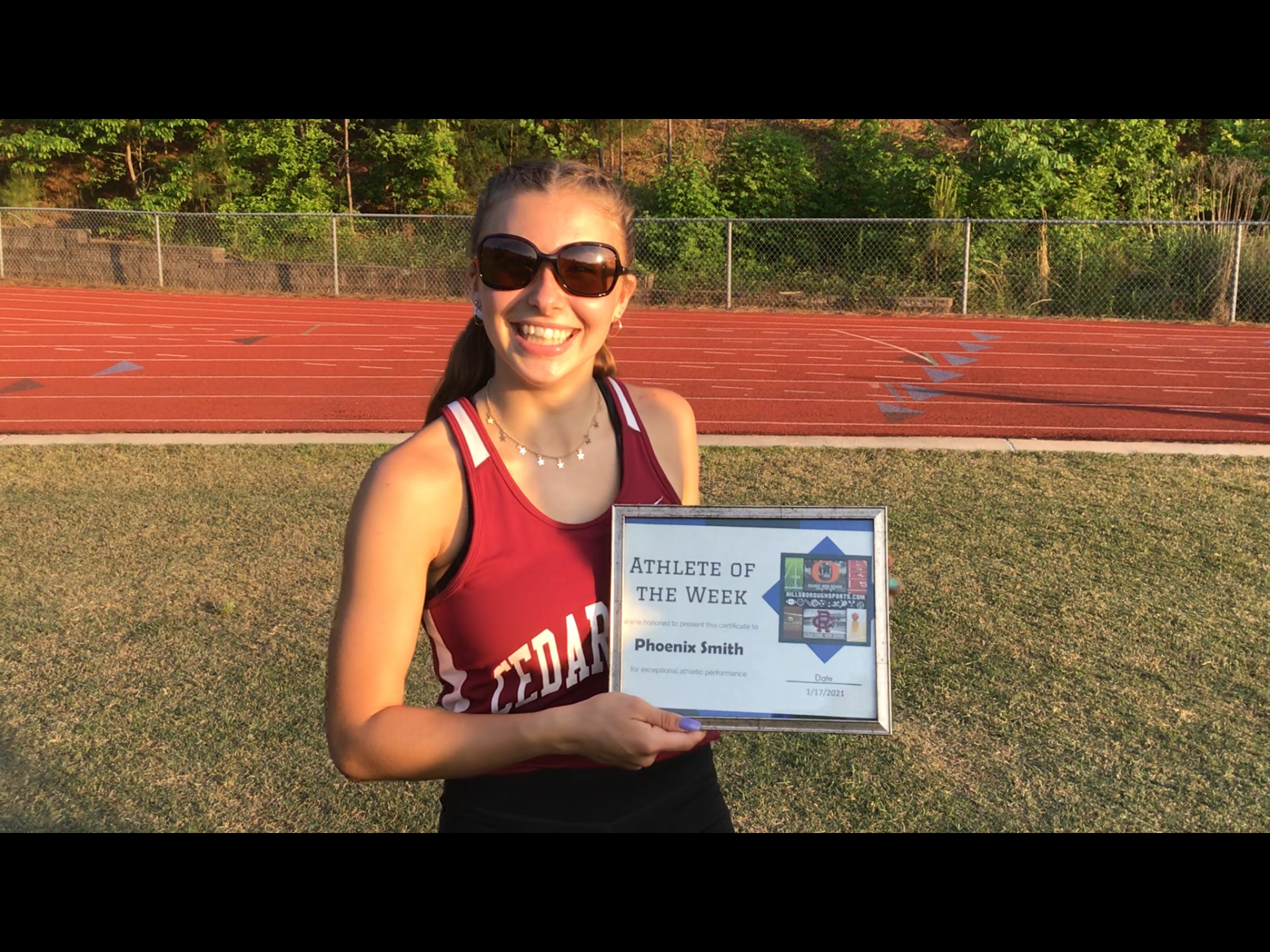 DURHAM–It had been 724 days since Cedar Ridge women’s basketball’s last win. Anyone who followed the team knew that once they finally ended its losing streak, it would be a rich moment.

Once it arrived on Monday night, no one knew how dramatic or poetic it would be.

Senior guard Phoenix Smith knocked down a 3-foot baseline jumper off a feed from Julie Altieri with three seconds remaining to propel the Red Wolves past Northern Durham 45-44 at Poe Gymtorium on Monday night to end a 26-game losing streak. It was Cedar Ridge’s first win under new head coach Megan Skouby, a former University of Iowa center who joined the school last summer after serving as a coach at South Iredell.

The Red Wolves, who led by ten points at the half, lost its lead in the final minute. Northern Durham (1-3) could have run out the clock to send the Red Wolves back to Hillsborough with another close loss, but the Knights were called for a 3-second violation with ten seconds remaining.

“All I told them was ‘you’ve got ten seconds. Push it and they’re either going to foul you or you’re going to get someone up the court,'” Skouby said. “They did great. Luckily, Julie was able to see the floor and she got up to Phoenix. Phoenix caught the ball, which was number one, and got that shot up. It went in.”

Last Tuesday, Cedar Ridge had a six-point lead against Voyager Academy with 1:05 remaining, but lost 36-35 in overtime. Three days later, the Red Wolves led East Chapel Hill 32-26 with 4:00 left, but the Wildcats scored the game’s final 13 points to win 39-32.

As painful as those near-misses were, it may have been worth it if Smith could be the hero once the elusive win finally came. Last season, the Red Wolves played several games with only five players when injuries and the pandemic left them without any substitutes. Knowing she would have to play all 32 minutes before the opening tip, Smith was out there as the team’s point guard ready to face insurmountable odds, along with Cierra Copeland, Cameron Copeland, Anjelica Carbajal and Bryn Booker.

Smith, a three-sport athlete, was one of three seniors on the Cedar Ridge volleyball team that just won the 3A State Championship.

“Phoenix works her but off every day for you,” Skouby said. “That’s all you can ask. She works hard. She was out there last year working hard. This year, she can go a little harder because she does have someone who can go in for her every so often if we need to, which is nice. She’s on the floor being aggressive.”

When Skouby took over as women’s basketball coach, her first obvious order of business was to increase the roster. She served as an assistant to Fiona Cunningham in volleyball, where juniors Julie Altieri and Grace Young agreed to join the team. Since August, she’s walked the hallways of Cedar Ridge looking to get people to go out for the team. She was so successful that she actually had to cut six players from the roster last month.

Altieri has been a starting guard for each of Cedar Ridge’s four games. Though she hasn’t played an organized basketball game since she was in seventh grade, Altieri leads the team with 10.7 points per game and 8.7 rebounds per game.

Young scored nine points against East Chapel Hill last Friday. It was the first time that she played in a basketball game since she was eight years old.

Cedar Ridge will start Central Carolina Conference play against Western Alamance tonight. It figures to be a tough league with Northwood (who reached the 3A Eastern Regional championship game last year), Eastern Alamance and Person leading the way.

But the losing streak that has permeated Red Wolves basketball for nearly two years is now a thing of the past.