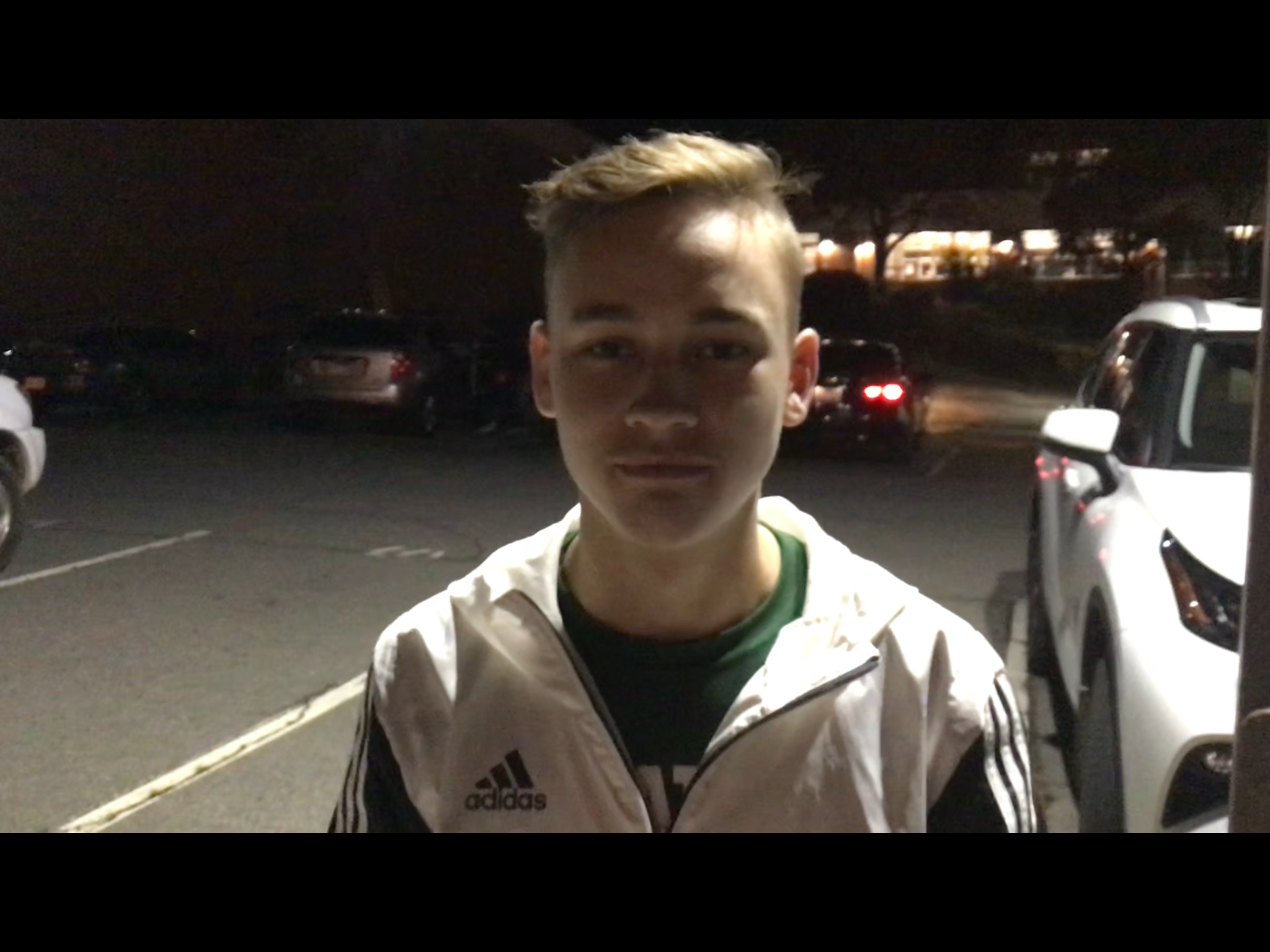 This week’s Orange Panther of the Week is sophomore cross country runner Gabriel Schmid. This fall was the most successful season in Orange men’s cross country history. The Panthers won the Central Carolina Conference championship. They also captured the Mideast Regional Championship, just the second regional title in team history. Schmid played a big role in the Panthers’ success. He placed third in the Central Carolina Conference championship meet with a time of 16:44.28, which helped the Panthers finished with 28 points and earn the championship. In the Mideast Regionals, which included a field of 130 runners, Schmid finished 4th. He crossed the finish line at 16:44.31. Orange came in 3rd in the 3A State Championships. Schmid, in a field of 175 runners, finished 12th. Since cross country season ended, Schmid has gone right back to work with many of his teammates. Now, they’re preparing for the indoor track & field season, which will start in January. In addition to running, Schmid sings in the Orange chorus.