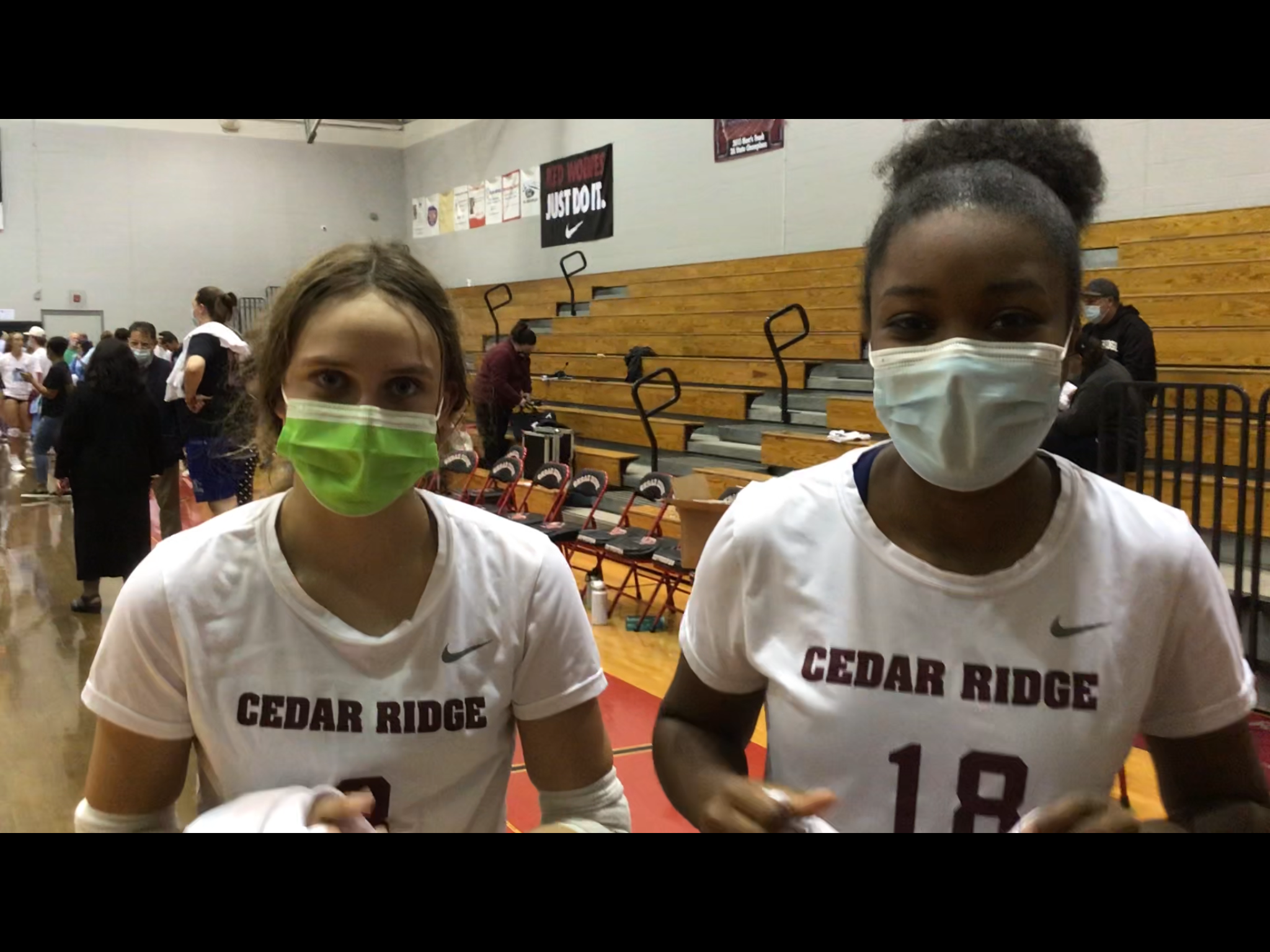 On a team whose rotation is largely comprised of juniors, two sophomores played a huge role in Cedar Ridge volleyball winning the 3A Eastern Regional championship on Wednesday night. Addie Reid had several huge blocks throughout the Red Wolves 3-0 sweep of J.H. Rose inside a packed Red Wolves Gymnasium. Sophomore Graylinn Serge served out Cedar Ridge in the second set, scoring an ace to put the Red Wolves ahead 21-20. Serge would go on to serve the final five points as the Red Wolves won the frame to go ahead 2-sets-to-nothing. Reid spiked home match point to set up a big celebration as the Red Wolves won its final home game of the season. Cedar Ridge finished 17-1 at home this season. They become the first regional champion in a team sport at Cedar Ridge since the 2017 men’s lacrosse team. Cedar Ridge will play North Iredell for the 3A State Championship on Saturday afternoon at Reynolds Coliseum in Raleigh. The Red Wolves are now the most successful volleyball high school team in Hillsborough history, with a 30-2 record and a regional championship.