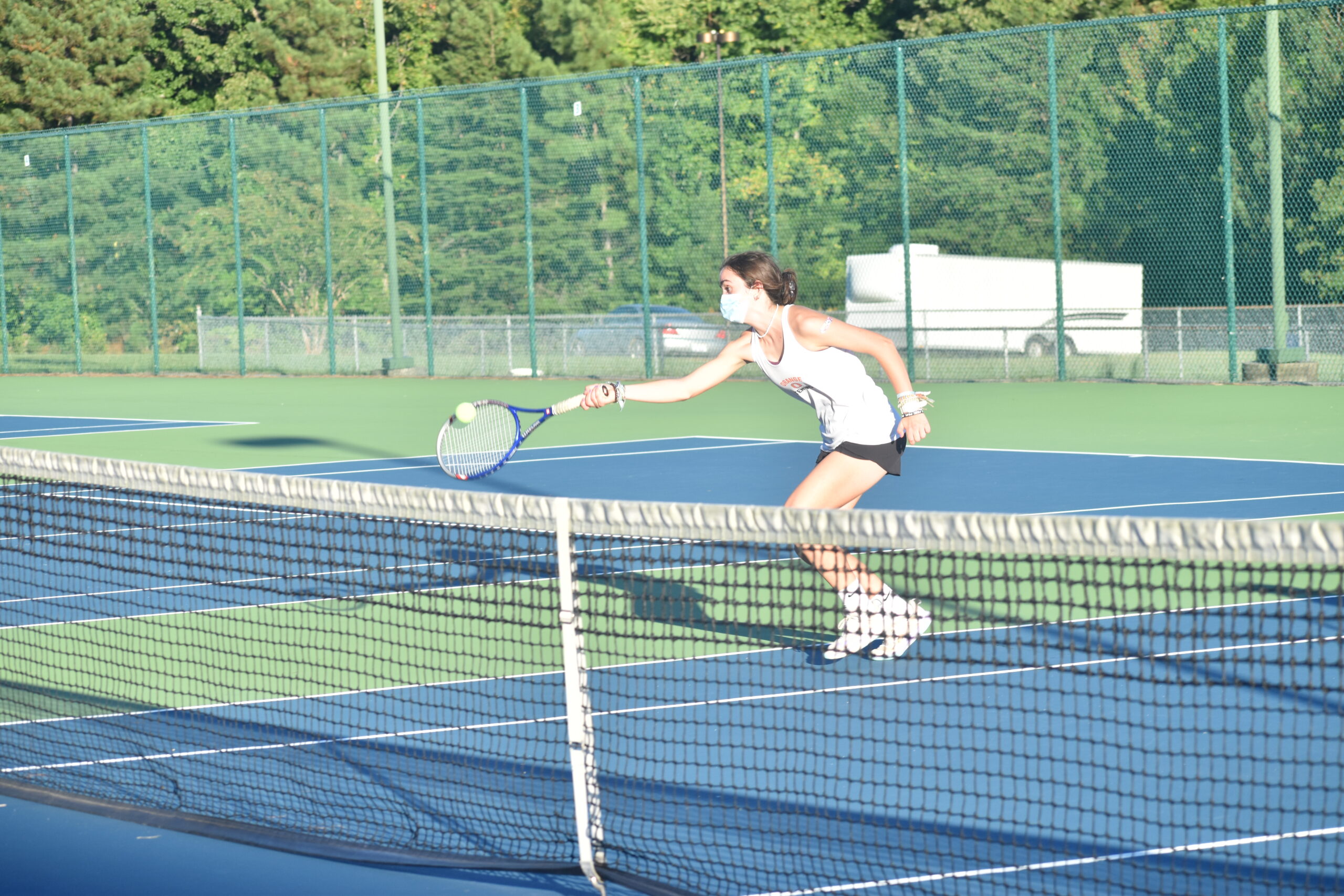 The completion of the Orange women’s tennis team’s regular season came to an end in the peaceful, rural quiet of Roxboro on Tuesday afternoon.

But the success of the Lady Panthers has been anything but meek.

After beating Person 7-0 in the regular season finale, the Lady Panthers finished the regular season 15-4. That’s the most amount of wins for the team, according to records that date back to 2009. It’s quite possible that the 15 wins are a school record, according to former head coach Andy Brown. Orange finished third in the Central Carolina Conference with a 7-3 record, which means the Lady Panthers could receive a wildcard spot in the upcoming 3A Dual Team State Playoffs, where 32 teams will comprise the field. Orange has more total victories than anyone in the CCC.

The Central Carolina Conference is guaranteed two automatic playoff spots, which will go to Northwood and Walter Williams. Any available wildcard spots would be based on overall record.

Last week, Orange had its signature win of the season when they defeated co-CCC champion Northwood 5-4 at Orange High Tennis Courts. It was a signature moment for senior Jera Hargrove, who started at #1 singles as a freshman and a sophomore. Last spring, Hargrove focused on track & field while tennis season unfolded during the spring because of the pandemic.

Against the Chargers, Hargrove won her match at #2 singles over Julia Earnshaw 6-4, 6-2. As the entire dual match came down to the doubles long after the sun went down, Hargrove joined sophomore Erin Sollars to defeat Erin Lippers and Ryan Tinervin 8-2. Orange wrapped up the victory when the #3 doubles team of Tea Jones and Shannon Sollars defeated Kendall Leberge and Kaylee Fisher 8-4.

“I couldn’t be more proud of this team,” Webb said on Twitter following the Person win on Tuesday night. “I think it’s been a very exciting season. We had some great additions to the team that has made us stronger. But I also think the girls worked hard every day. They’re improving every day. Some of them had goals to accomplish this year.”

One of them was Jones, a senior who started sparingly last spring. This year, Jones started the season with nine straight victories in singles matches. That included a three-set victory over Cedar Ridge on September 7 at Red Wolves Tennis Courts.

Part of what made Orange a better program this season was record participation. There were 23 players who filled Webb’s roster.

“All the girls that we have this year have a lot of confidence,” Webb said. “They believe in themselves. Against Cedar Ridge (on September 7), we had our #2 player lose the first set, come back and win the second set, then won the 10-point break. Tea did the same thing. So we’re winning close matches. That’s something that, in the past, has been a challenge for us. Winning the close matches has made a big difference.”

They also had long nights on the courts. In its CCC opener against Western Alamance in Elon, nightfall descended after a three-hour match that wasn’t decided until Orange’s #3 doubles team of Jinkie Andrews and Erin Sollars won 6-5. Earlier in the night, Andrews won her #3 singles match 5-7, 6-4, 10-6, which was one of two matches that went three sets on the night.

Orange and Cedar Ridge will participate in the Central Carolina Conference Tournament at the Burlington Tennis Center on Friday. The tournament will determine who will make the 3A Mideast Regionals, which will also be held in Burlington later this month.