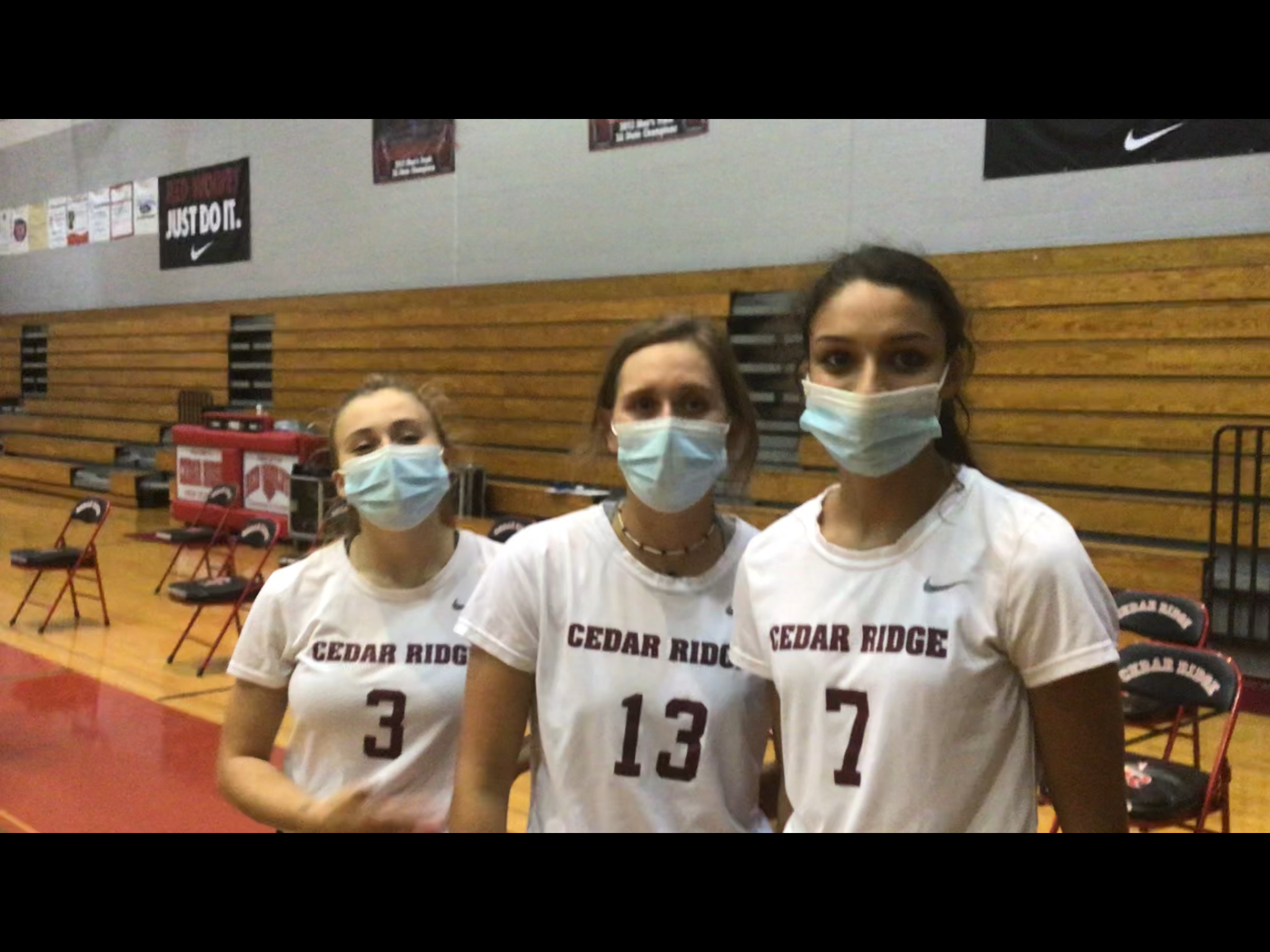 The Cedar Ridge volleyball team completed a perfect 12-0 season in Central Carolina Conference play on Tuesday night. The Red Wolves rolled past Walter Williams 3-0 on scores of 25-10 and 25-17 in the final two sets. It was also senior night. Justice Wilbourne, Phoenix Smith and Ava Lowry were all honored before the game. Wilbourne finished with two kills and a block in the third set. Smith is only getting going with her senior season. She’s been a member of two conference championship volleyball teams at Cedar Ridge. She also is a starting point guard in basketball. Last season, when Cedar Ridge was hampered by injury and illness, they often only suited up only five players, but Smith was out on the floor every game regardless of opponent. She also runs track and field. Lowry is an All-Conference softball player who will play college at North Carolina Wesleyan. Last year, Lowry hit .550 with 22 hits and 23 RBIs. She was a member of Cedar Ridge’s Big 8 Conference Championship team in 2019 as a freshman, where she hit .375. Cedar Ridge will try to finish the regular season with 23 wins when they face Carrboro on Wednesday night in the regular season finale at Red Wolves Gymnasium. Cedar Ridge has already broken the school record for most wins in the regular season, which was previously 20 by the 2015 team.